Another Haçienda resident is selling his entire record collection

Move over Dave Haslam. Buckley is selling 8,000 “killer” records from the golden era of rave and beyond.

A few months ago, Haçienda DJ and writer Dave Haslam decided to part ways with his record collection, a 4,000-piece slice of Manchester music history which was quickly snapped up by Seth Troxler.

That high profile sale has tempted veteran DJ Buckley Boland to list for sale his own collection of 8,000 records. A familiar name in the Madchester scene, Buckley also held down a residency at the Haçienda, and played alongside Inner City, Ten City and M People. Over the past decade, he’s become known for his weekly sets at Back to Basics in Leeds and Just Jack in Bristol.

Announcing the sale on Facebook, Buckley wrote: “ok i see hacienda dj dave haslam as sold his record collection to Seth Troxler and its got my thinking?? i have around 8.000 that im thinking of selling ….anyone who knows me knows that all the killers from late 80’s to around 2007 are in there before i made the switch to digital………….serious offers??”

Have a peek at Buckley and his vinyl below: 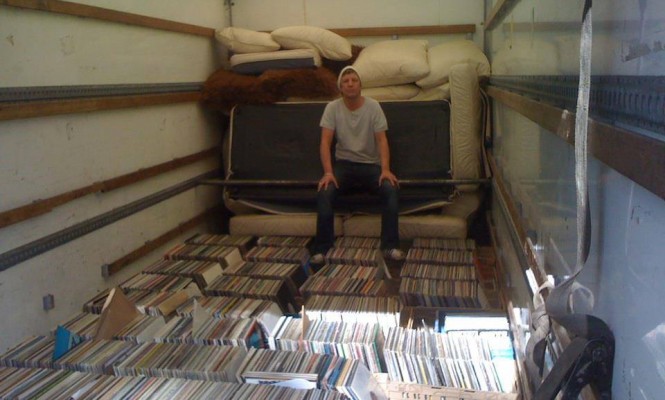