In 2016 FACT returns to one of the UK’s premiere festivals, Bloc.

Launched in 2006, Bloc has been behind some of the best festival line-ups of the season for a decade now, consistently collecting electronic music’s boldest and best. Bloc 2016 will take place from March 11-13 at Butlins, Minehead, and will host performances from Floating Points, Four Tet, Thom Yorke’s Tomorrow’s Modern Boxes live show, Jeff Mills and more.

FACT’s stage sees us team up with three different promoters and labels, one for each day of the festival. On March 11, we’re hosting Feel My Bicep, bringing Midland, Jimmy Edgar, Space Dimension Controller, Intergalactic Gary, a special back-to-back between Andrew Weatherall and Optimo and, naturally, a set from Bicep themselves.

Even better: we’re giving away tickets to the festival and a two-berth chalet for the weekend! To enter the prize, simply like this status on Facebook and Facebook message us your email (so we can contact the winner.) Good luck! 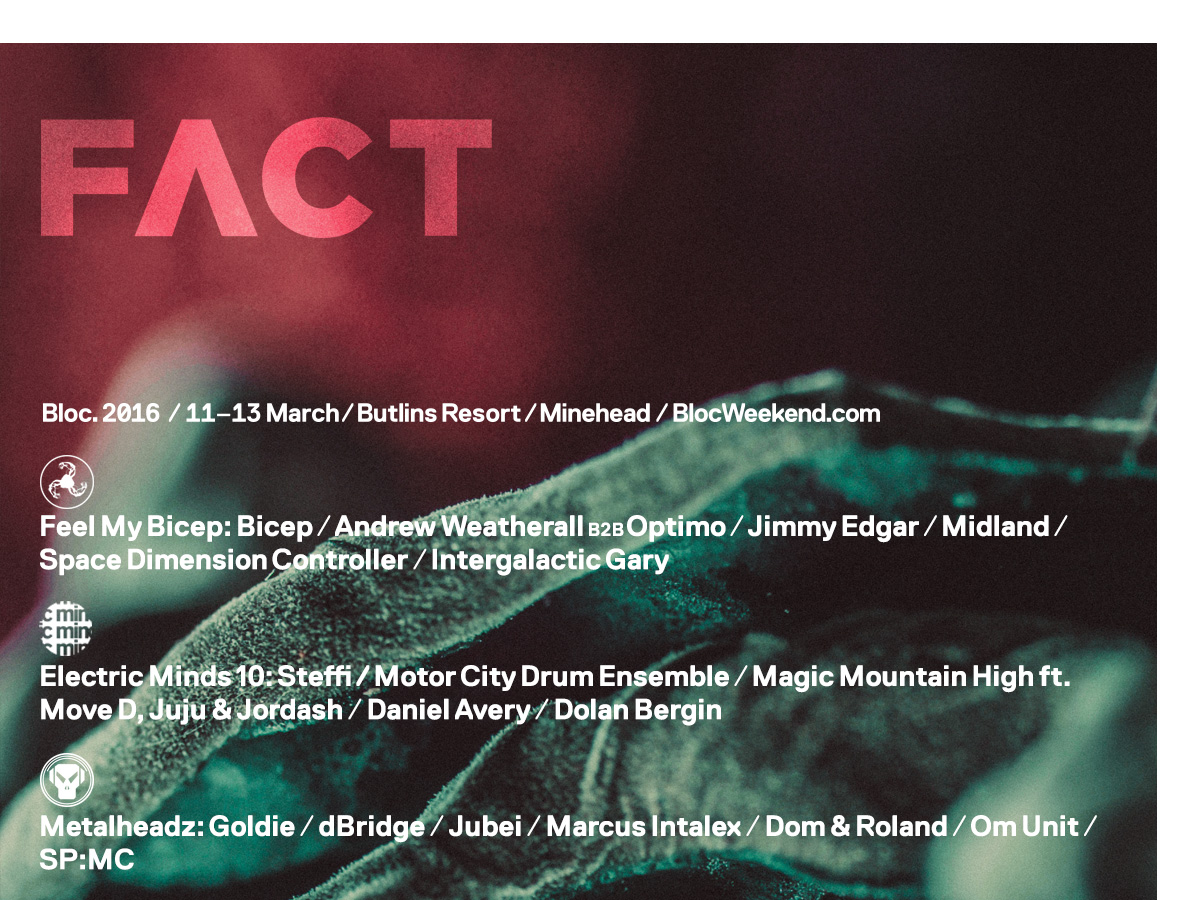