Dan Charnas’ The Big Payback is one of my favorite books of all time, and it has now been adapted into a movie for VH1.

The Breaks, which airs January 4, follows three friends in New York trying to break into the rap game in the summer of 1990. It stars The Wire alumni Wood Harris and Mack Wilds, and features original music from DJ Premier. The movie is what is known as a backdoor pilot: if the ratings look right, it will continue as a series.

The Big Payback is a natural counterpoint to Jeff Chang’s book Can’t Stop Won’t Stop, and not only because they are both big-ass tomes about rap history. Loosely speaking, Chang covers the history of hip-hop from a cultural standpoint, while Charnas’s book is strictly business. For most other genres of music, these two points of view would be fairly different: one would be fun and vibrant, full of stories of sex and drugs and punching managers in the face, while the other would be a dry retelling of the who, what and why of recording sessions and contract negotiations. But hip-hop has been flying blind for most of its existence, assembling industry infrastructure as fast as it can to keep up with a youth culture moving at light-speed, all while working within the specific socio-political confines of America. Art and commerce are intertwined in rap in a way they aren’t in other genres, which is to say that a book about the business of hip-hop offers plenty of intrigue.

Before The Big Payback and The Breaks, Charnas had enjoyed a long, varied and accomplished career. Some high points include overseeing the rollout of Sir Mix-A-Lot’s ‘Baby Got Back’, a segment on the Baka Boyz’s ‘Friday Night Flavas’ (the first hip-hop show on pop radio), writing credits on The Lyricist Lounge Show and bylines in The Washington Post.

We spoke about The Breaks, rap, race, Obama and Macklemore.

Who had the idea to adapt The Big Payback for TV?

I pitched it. When The Big Payback came out there were a lot of Hollywood types sniffing around, and me and my production partner took a lot of meetings. Ultimately, what we wanted to do was a sort of drama about the real characters, but nobody really wanted to do that – acquiring the life rights for that kind of thing is a pretty daunting task. So when we started talking to VH1, we decided on a fictionalized music business drama.

Whose story were you going to tell if you had gone the non-fiction route?

I don’t know, we never really got that far — we were just talking to people who had approached us! When it came time to talking about what to do, nobody really knew what to do. This is eventually what ended up being the best thing to do, for me anyways. The last thing I wanted to do after four years of writing The Big Payback and even more reporting it was to re-report it all over again for a documentary.

There’s a lot of discussion these days about the way the 90s is glorified as the “golden age” of rap, to the detriment of artists coming up now. Since The Breaks is set in 1990, do you think about that?

No. [Laughs] It’s not a concern for me because this has nothing to do with whether the music in the 90s is any better or worse or whatever than current music. This is a drama about American history. It is not a drama about hip-hop per se. If we look at why hip-hop is the way it is today and how it climbed from nothing to something — why was it, for example, that the pop radio stations started playing hip-hop during the daytime and not the black stations? Why does the hip-hop of today sound different? For a while we had a hip-hop that was a lot less diverse in terms of subject matter than it was in, say, the 80s -– why did that happen? All the issues we review in The Big Payback, we wanted a way to dramatize those. We have really, really great music, both period music and music we have done with DJ Premier. But it is not a nostalgia, throwback experience.

It’s about the death of the American city. In the same way, I hope The Breaks, if it goes on to be a series, will be about how American musical culture evolved during the latter part of the 20th century –– how we got to where we are right now. I hope people are going to realize what a special time it was, but I also think that when things become mainstream they become debased. The idea of so much money being involved and the stakes being so much higher will change any art form. Hip-hop became more American, you know what I mean? It became obsessed with the things America is obsessed with, right? Money.

You’ve linked hip-hop to Obama’s election. Can you elaborate on the connection?

I’m not so sure that I would be so general right now. The hip-hop generation played a big role in electing Obama president, but I’ve always believed that it’s us, not Obama, that is the magic. He’s just the person that we put into office. And listen, I believe the generation we have today is even stronger than the generation we had 20 years ago. We’ve got kids out here marching in the streets and football players taking over whole universities. 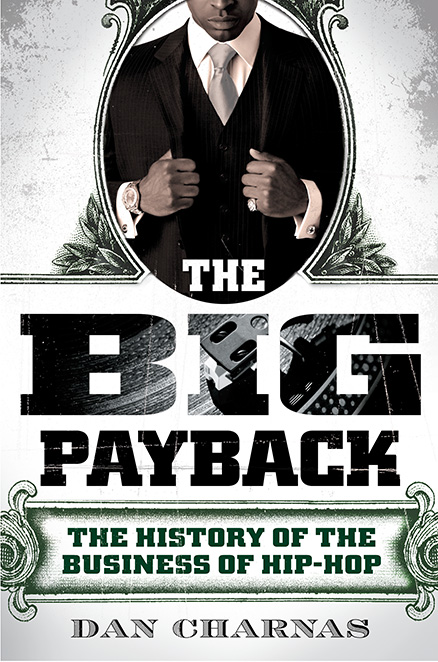 “I don’t participate in this 90s-versus-today business. There’s a lot to love and I do love it.”

In college, your thesis was titled ‘Musical Apartheid in America’. How has it held up?

I think it’s held up great. I feel like it was really prescient and it informs what I teach today at NYU. The thesis was basically about the dynamic of ambivalence in American culture since the first Africans were brought here in the 1600s. We’ve had this ambivalent dynamic towards black culture and black people –– simultaneous love and hate, attraction and repulsion, fetish versus rejection, you know what I mean? That ambivalence as a process is a way to understand why black folks and black culture are in the particularly odd place that they are in in this society.

American musical culture by and large is black culture, and yet that whole system, that industry, was born in Jim Crow and still maintains its contours. The reason we have a black chart or an R&B chart today is not because somebody thought it would be a great marketing idea, it’s because it was started in segregated America and there was a “race music” chart. And except for a period of, I think, two years in the 1960s, it’s always been that way.

As someone who has been in the rap world for a long time and pays a lot of attention to race, what’s your opinion on an artist like Macklemore?

I think he’s fine. I mean, you have to take the long view. Every time a white artist steps out you have a whole contingent that thinks that the sky is falling. I used to be one of them! When the Beastie Boys came out, people were like, “that’s it, hip-hop is over, they’re the Elvis of rap,” right? And it didn’t happen! It didn’t happen because the economics of the Beastie Boys were different. They were managed by a black entrepreneur, brought on by black artists, and in turn ended up promoting Public Enemy. The Beasties were a bridge between Run-DMC and Public Enemy. And they did not end up converting the business to thinking that hip-hop is this white art, just like rock’n’roll. They couldn’t divorce the blackness of hip-hop from hip-hop.

When Vanilla Ice came out I was one of those people who was like, “oh, this is it,” and that is actually what The Breaks is about. It’s about that moment when Vanilla Ice and MC Hammer are out, and pop stations are playing them instead of Biz Markie and Queen Latifah and Dr. Dre and that stuff. People were looking around and saying, “this shit is the best it’s ever been, but we’re in a box.” But it didn’t happen with Vanilla Ice. And then Eminem — the anti-Vanilla Ice! Here’s a guy who came up through battle rap and people are like, “oh, the sky is falling” – but white kids still had Jay-Z and 50 Cent posters on their wall.

Has it changed now? There was a big hullaballoo about Iggy Azalea and Macklemore and Miley Cyrus, and while I do believe what Iggy and Miley do is appropriation at its worst, I also believe that if they’re wack they just go away. I do not believe that white America needs white translators for black art. I do not believe that Iggy Azalea has some edge over black artists when it comes to the consumer. I think the edge that white artists have is with gatekeepers who don’t know better, and who should know better by now.

There is a difference between hip-hop and other genres. There’s a certain innate blackness that white folks have come to expect and respect. At the same time, hip-hop has not been a panacea, it has not solved our problems. The kids out in the street are solving problems. Black Lives Matter are solving problems, not hip-hop. There was a time when I would have been very depressed by that statement, but you know what? It’s ok to be an artist. Chuck D famously said, “I’m not Jesse Jackson,” implying don’t expect him to be. And you know what? He’s got a right to just be an artist who comments politically but is not expected to, you know, have a policy statement for everything. You can look at Macklemore too — he did ‘Same Love’ and people were complaining, but dude is not writing a graduate thesis or a dissertation. He’s an artist. Let the boy be! He’s just a boy!

When you say black hip-hop…

I mean hip-hop made by black artists sounds more like pop music today, musically, than what we called hip-hop in past years. So when I say that, I mean black artists.

What do you think is behind the shift of hip-hop towards pop?

It’s the mainstreaming. Like I said, when things because popular they become debased. And I think that early hip-hop is very much influenced by soul and funk, and today’s hip-hop is much more influenced, for whatever reason, by EDM and basic pop sounds and structures. Which isn’t to say it’s bad — there’s a lot of great hip-hop out there I adore. I’m not a Drake hater, I love Drake! I love Nicki Minaj, I love Azealia Banks. I don’t participate in this 90s-versus-today business. There’s a lot to love and I do love it.