Roland is the latest company to release an all-in-one Eurorack system.

Roland has released a complete set of its recently revived System-500 Eurorack modules.

The package includes five modules: the 512 with dual oscillator, the 521 filter, the 530 amplifier, the 540 envelope generator and the 572 phase shifter, delay and LFO. The set comes complete with Roland’s own wood and metal case, and includes power supply and a set of patch cables.

The set reaffirms Roland’s commitment to modular synths, revived with last year’s AIRA Modular line. It’s also one of several all-in-one modular systems to have been revealed ahead of this week’s NAMM show, together with offerings from Make Noise and Pittsburgh Modular.

The System-500 isn’t the only piece of new gear aimed at producers announced by Roland ahead of NAMM 2016. The Japanese company also unveiled the compact A-01 controller today (January 20), which connects to modular systems via CV/gate outputs and mobile apps over Bluetooth. 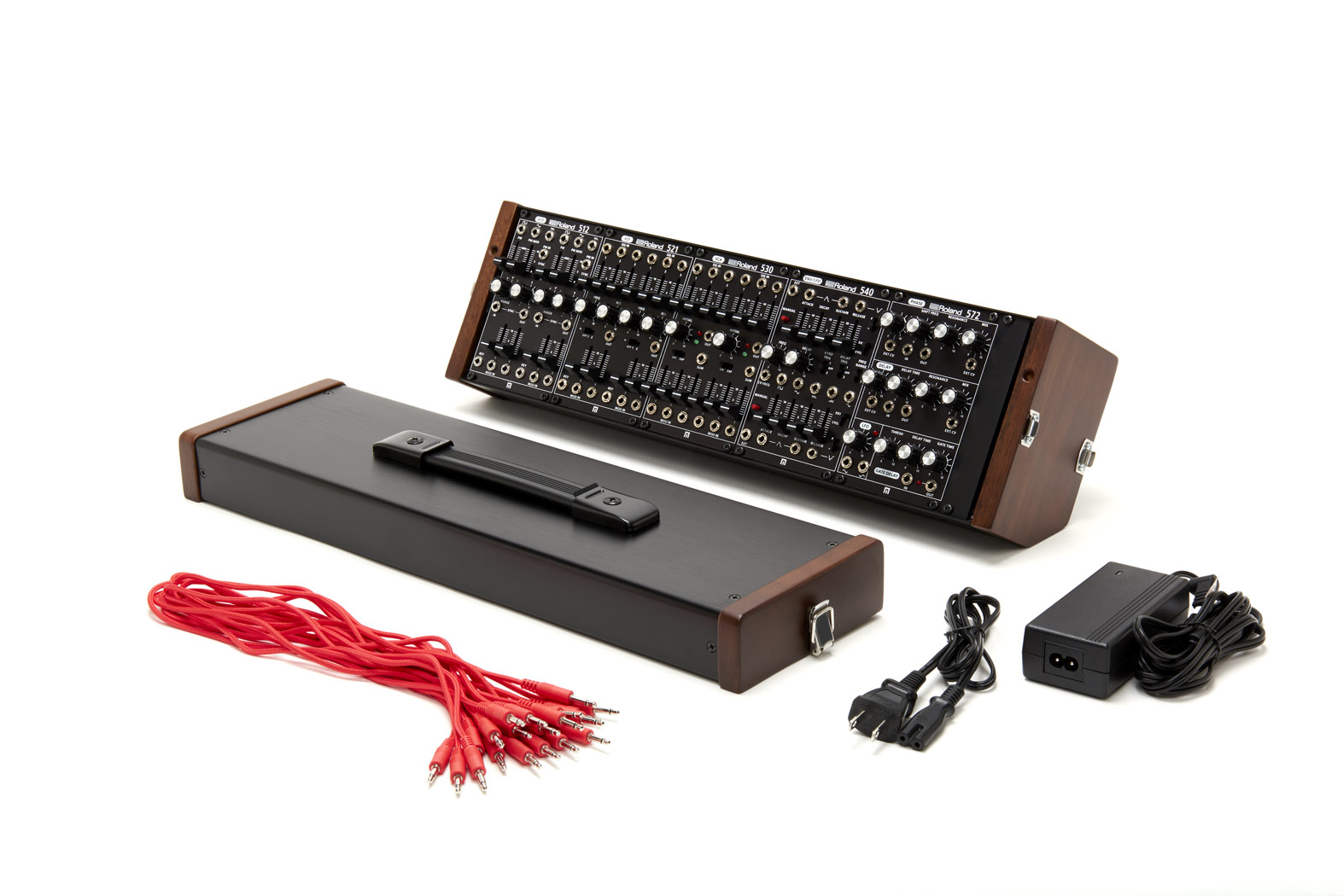