Radiohead’s tour diary is getting bigger.

The failed Bond theme writers have been booked to headline Iceland’s Secret Solstice festival this summer.

Róisín Murphy, Afrika Bambaataa, Kelela, and Action Bronson have also been added to the festival, which is set for June 17-19 in Reykjavík.

Earlier that month, Radiohead will be headlining at Barcelona’s Primavera Sound. The band recently launched a new company, which means an album is close at hand. 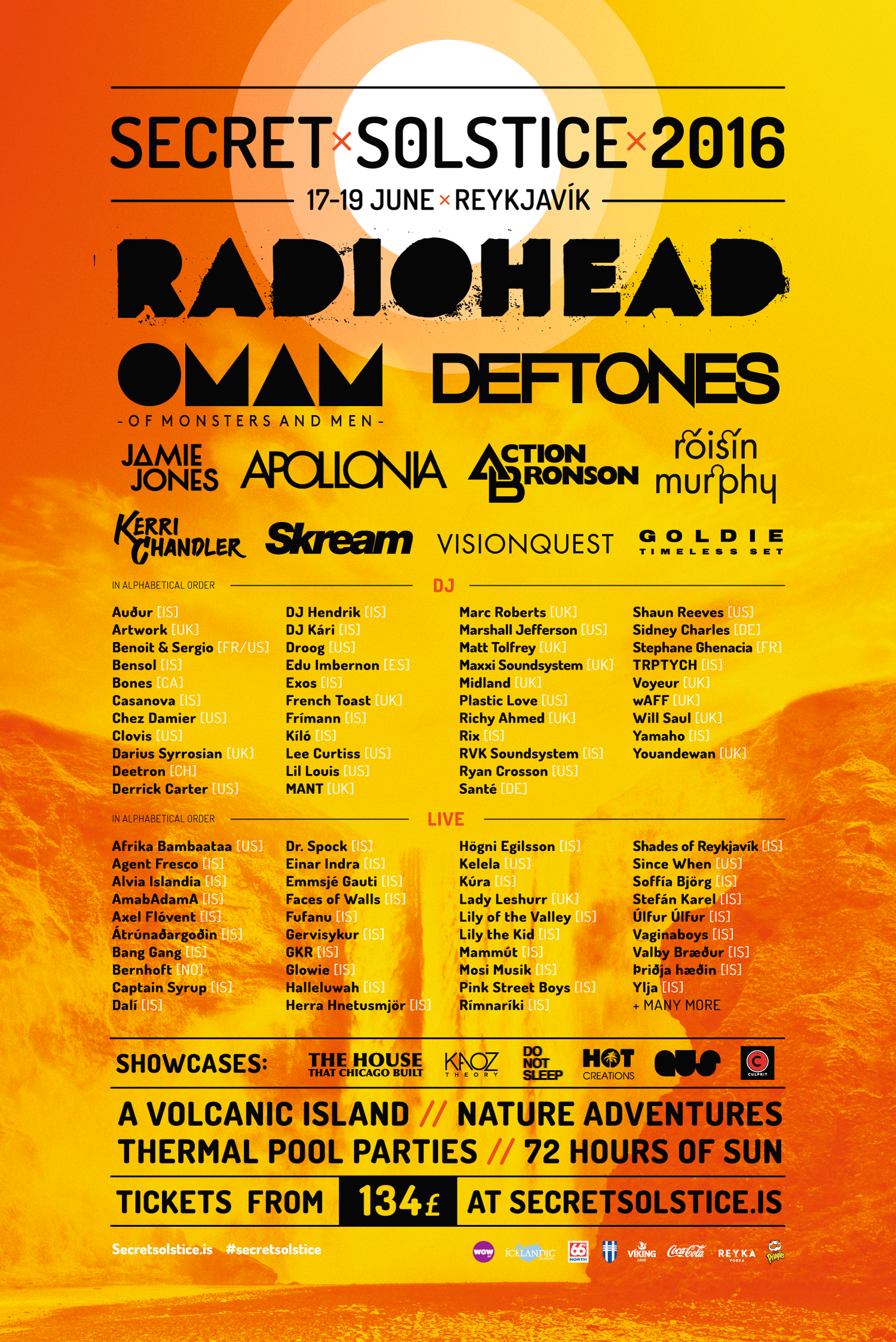