The Croatian festival returns for its fifth edition in 2016.

Dimensions has announced Massive Attack will headline this August’s event at Fort Punta Christo near Pula, with the Bristol veterans set to perform at the festival’s opening concert in a Roman amphitheatre on August 25.

Check out the rest of the names just announced in the flyer below and head to Dimensions’ website for tickets and travel information. The festival takes place on August 25-29. 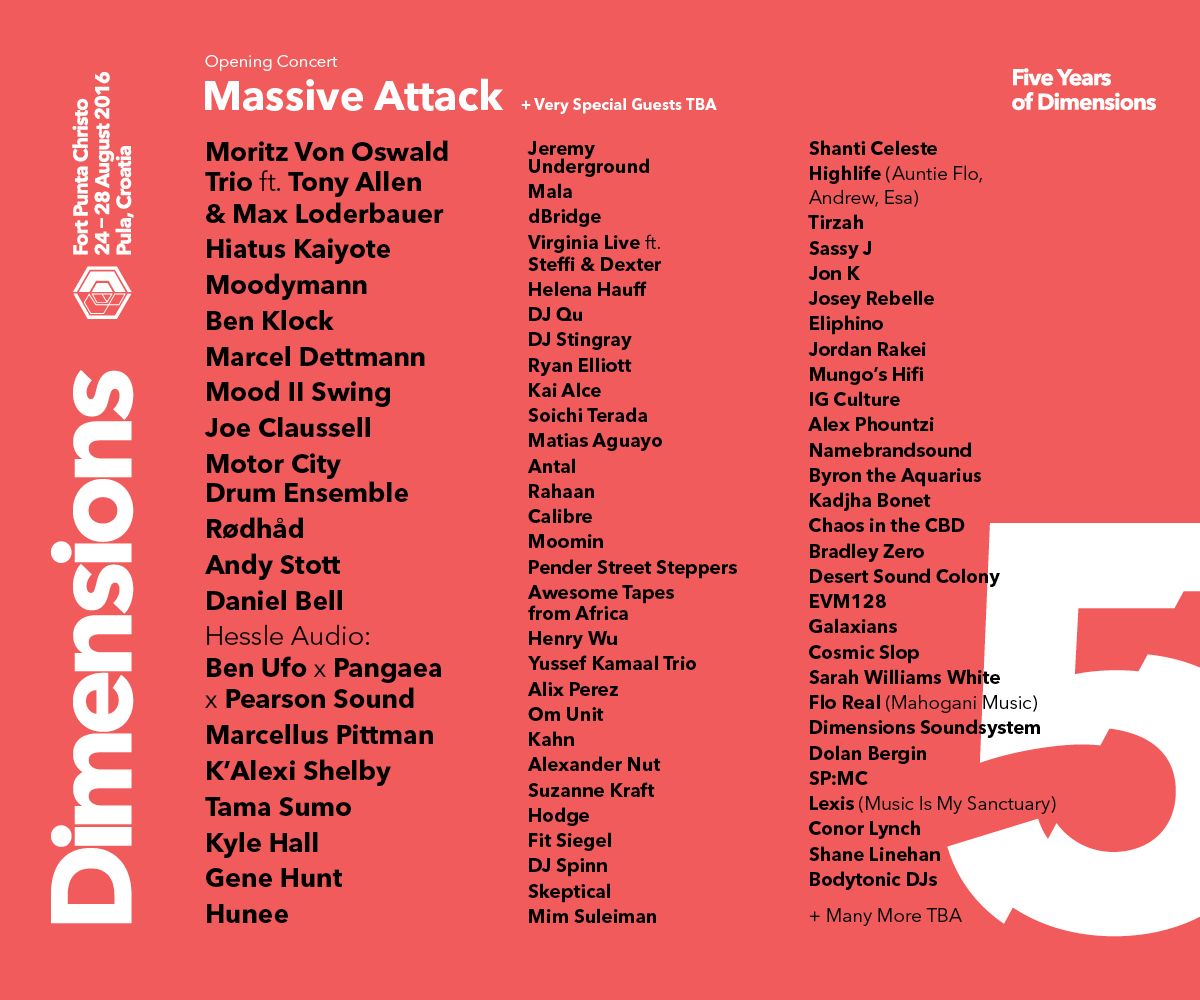