Moodymann, Zomby and Fatima Yamaha will also appear at the festival’s debut.

Sunfall Festival has revealed the daytime line-up for its debut edition in South London’s Brockwell Park on July 9, with Jamie xx headlining.

The bill covers all angles of underground dance music, with techno from Ben Klock and Donato Dozzy, dubstep from Digital Mystikz and Shackleton, and house from Omar-S, Fatima Yamaha, Hunee and Joy Orbison.

The festival pays equal attention to daytime and nighttime programming – daytime tickets are purchased alongside a ticket for a late-night session at one of several clubs and venues across the capital.

So far, Derrick Carter has been confirmed for the Studio 89 party at Electric Brixton, Commix for the Metalheadz party at The Steelyard and Mister Saturday Night for the Rhythm Section party at Canavan’s in Peckham with Bradley Zero. Jamie xx will also host a party at The Coronet.

Full information and tickets for the event can be found at the Sunfall website. 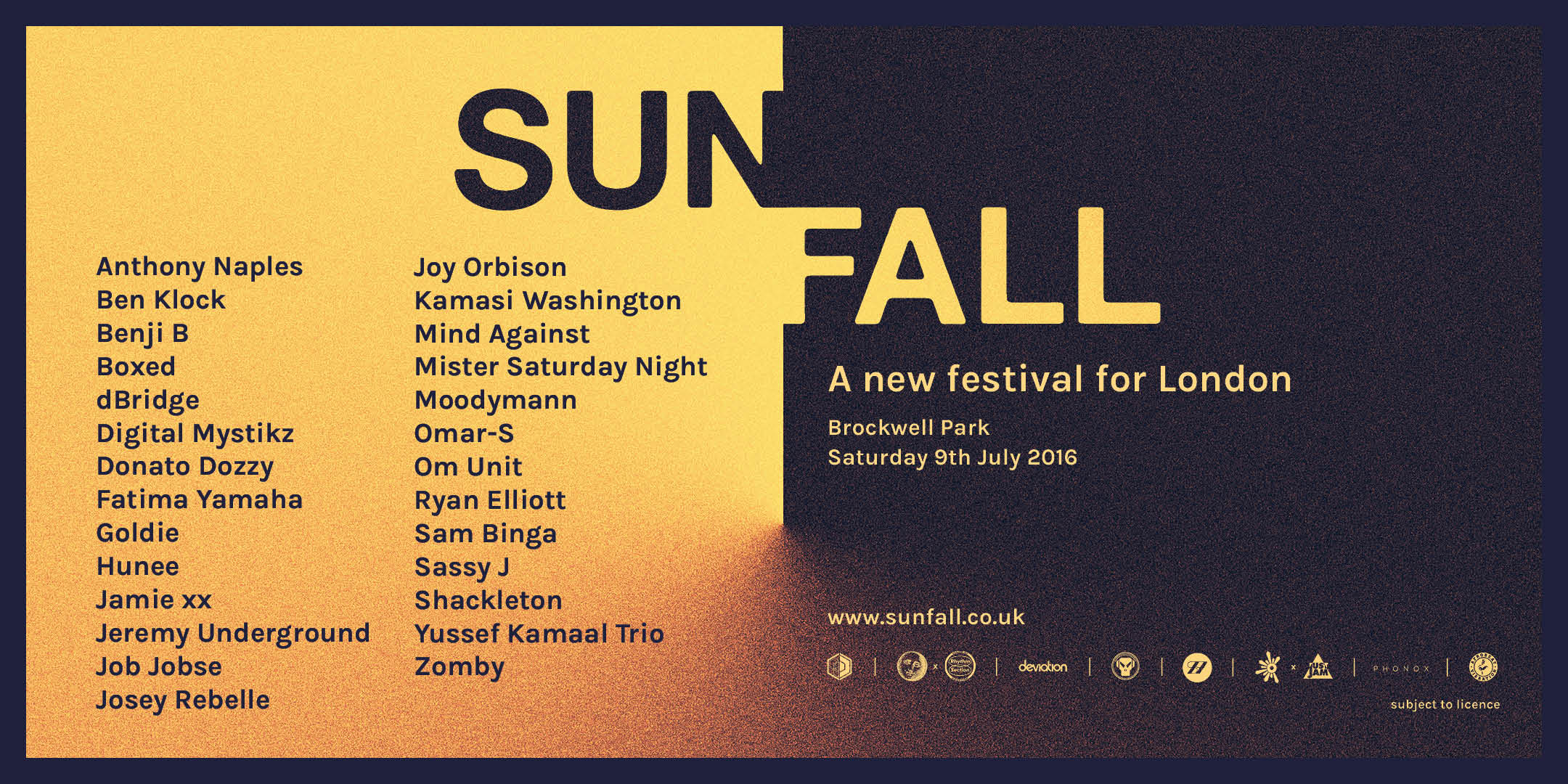