Spotify’s subscriber numbers are going up but there’s still an appetite for free music: TorrentFreak is reporting that a $38 script is powering multiple clones of the streaming service that uses YouTube content to work.

Youtubify first appeared on the CodeCanyon marketplace in November, where it has since been purchased 310 times. The script pulls music from YouTube and allows users to create their own accounts and create playlists, just like Spotify. 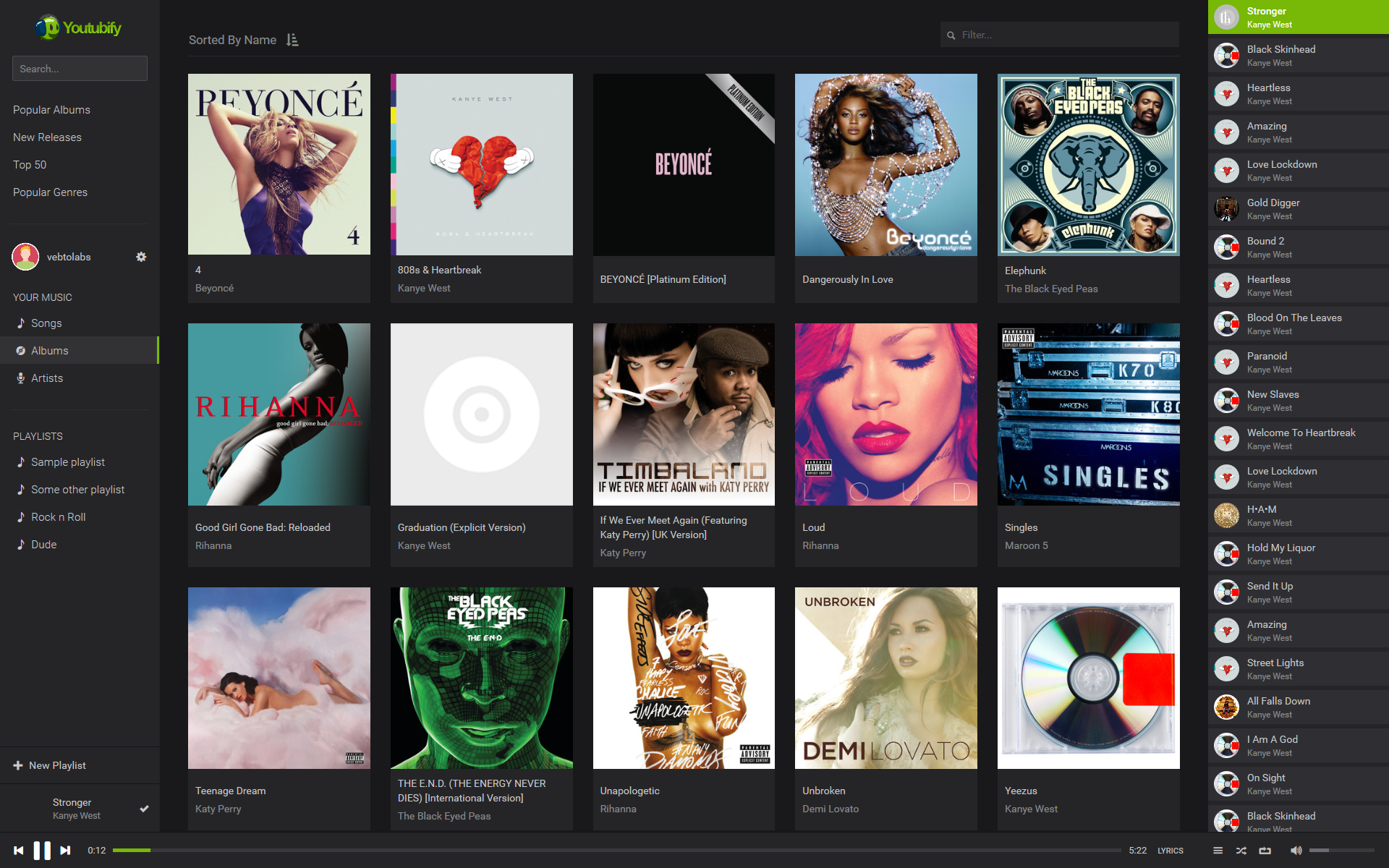 “Youtubify allows you to create your own music streaming website in minutes with no coding knowledge,” reads a product description. “It has an impressive feature set that rivals and even surpasses other biggest streaming services on the market.”

The script is of course completely illegal. As The Next Web points out, setting up a streaming service using YouTube content is against its terms of service, something that prompted the owners of a service called Wefre (that used the Youtubify script) to close voluntarily last year.

Despite Youtubify being legally dubious, a number of clones using the script have appeared across the internet, each of which come with a similar black and green livery to the Spotify interface. Though using the script to harvest YouTube’s content is against its terms of service, the company hasn’t yet blocked Youtubify from accessing the API that allows it to pull YouTube’s music.

Youtubify isn’t the only recent instance of developers trying to emulate Spotify without the price tag. Last year saw the launch of a site called Aurous, which was described as a musical equivalent of illegal Netflix-style movie streaming site Popcorn Time.

Aurous was sued just hours after launch by the Recording Industry Association of America (RIAA), following an ill-judged attempt by its creator to crowdfund the service. The site has since been taken offline.

Earlier this month a browser plug-in called Torrents Time also appeared on the web, allowing people to stream torrents from inside their browser.