Harry Bertoia was an exemplar of the broad-minded spirit that took hold of the arts after world war two, producing metalwork, jewellery, paintings, sculpture, furniture and eventually sound art.

Though his furniture designs remain his best known work (much in the same way that Charles and Ray Eames – whom Bertoia met through the famed Cranbook Academy of Art – were known for their chairs above all else), Bertoia’s interest in the possibilities of sound became his greatest passion, manifesting in numerous “sounding sculptures” displayed at various locations throughout the US.

His recorded works are only a small representation of the many recorded and unrecorded performances that took place in his small barn in rural Pennsylvania. Bertoia explored the flow of sound his wire sculptures could generate by “playing” them with his hands, and the results are at once howling and powerful, and utterly serene.

“Sonambient” was Bertoia’s own description of the results, first released on one album in 1970. He compiled 10 further albums from his growing tape archive in 1978, but passed away before their release. Interest in Bertoia’s records grew in the 1990s as his impact in the fields of noise, ambient and more became more widely known, and the 11 albums have been shared unofficially online in recent years.

Finally satisfying collectors’ appetites for these rare items, Important Records has just released The Complete Sonambient Collection, a fully remastered 11-disc set of the records released by Bertoia in his lifetime. Important’s box set, produced following a successful Kickstarter campaign, also contains an extensive biography of Bertoia, testimonials from younger listeners, close associates and family, and many photographs of him by Beverly Twitchell at work and performing.

The thing that struck me from the very first time I heard Bertoia’s work was how utterly tactile it is — you don’t hear it as much as feel it. How do you sense the work yourself?

The overtones and long decay time of the sculptures draw me right in. Because they’re made of very pure alloys they have very pure tones, and you can hear these gorgeous overtones that rise up from them and hover harmoniously in the barn. The tactile nature of the work might come from the fact that these are sculptures and instruments simultaneously, so you might see one as a sculpture and not know that it produces sound. Imagine seeing a Sonambient sculpture, appreciating its physical qualities, and then touching it and hearing it sound? Amazing. Of course, people are trained not to touch a work of art so they present a unique problem. That said, if they were simply sculpture alone they would still be marvelous.

Bertoia was a “deep listener”, as Pauline Oliveros would say, and his work certainly requires multiple, focused listens in order to get a sense of the shape or form of any given piece. Because of this I’ve included waveform images of each composition in the book included in the box set, in order to give listeners a sense of the events transpiring in each track.

There are particular sculptures in the barn that hold steady overtones which sound like a boys choir drone, and every time I hear it I’m forced to close my eyes and focus on the sound. It was certainly a form of active meditation for Bertoia (although I’ve never heard him describe it that way) and the more you listen the more you will hear. He understood how infinite the sounds were. 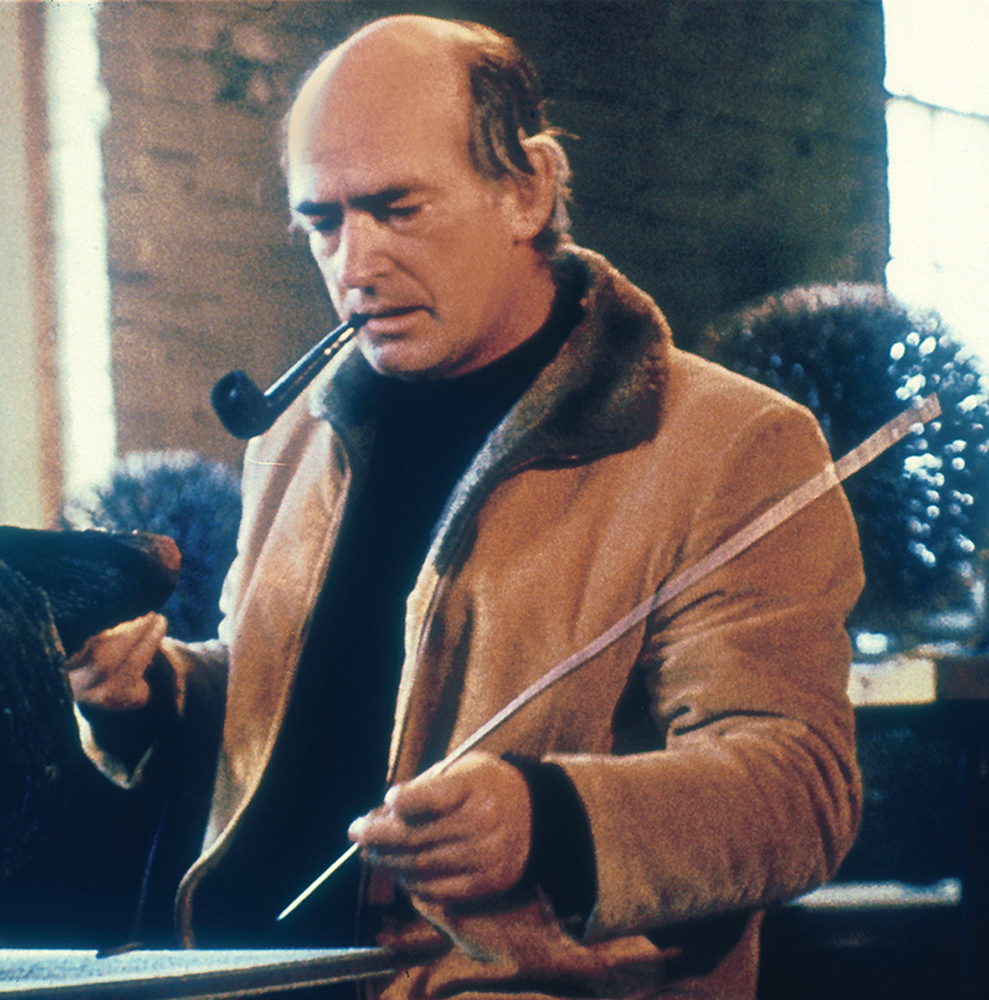 I was intrigued to read that Bertoia was never totally comfortable with the term Sonambient, vivid though it is. Do you think there’s any way to describe his work in a few words or a term, or is it something simply beyond that?

Like anything, descriptions can only go so far and the actual experience is something unto itself. Bertoia understood that a word could never express the true nature of something and, thus felt that words were quite limited – to the point where he rarely titled finished pieces.

I like the word Sonambient. It’s a good word and it’s quite possible that he was using the term ambient prior to Eno – but I feel a little guilt in pointing that out. I don’t think Harry would have cared who used what term first, he didn’t think like that. He wasn’t trying to advocate for his own legacy – he was too in the moment of creation. He had a more universal, egalitarian approach – a refreshing perspective.

Were there any difficulties in the process of recovering and remastering the records? And is there any guess as to why the first album’s tapes are missing?

Originally I was given sets of LPs, CD-Rs with LP transfers and old DAT tapes, which I still haven’t listened to. It was fortuitous that I stumbled upon the master tapes in the barn because nobody knew where the master reels were. We were able to make the highest possible quality transfers of the original tapes and they’re being presented as closely as possible to how they would have originally sounded. Because I’ve been able to spend so much time in the barn I have a good sense of what things sound like in there, and it was easy enough to get the recordings to a point where they sounded right.

The biggest problem has been the mystery surrounding the first Sonambient release. The catalog number for it is 10570, which I believe is probably the date of either the pressing or the [recording] sessions. At this time I have no record of the production, mastering, layout or pressing of this record. I hope to find out where it was cut and pressed, who assembled the sides and why Harry decided to press it in the first place. There’s a guy named Henry Washington who helped Harry set up the recording equipment in the barn originally. Maybe someone reading this knows him?

Do you expect to formally release the remaining tapes?

The Sonambient archive is a very involved, time-consuming process. It’s too early to say how much material will get released but I’d like to, at least, release a couple of LPs and CDs every year. It’s likely that the lacquers for Sonambient LPs will be cut without ever entering the digital domain, keeping them entirely in the analog domain from start to finish. 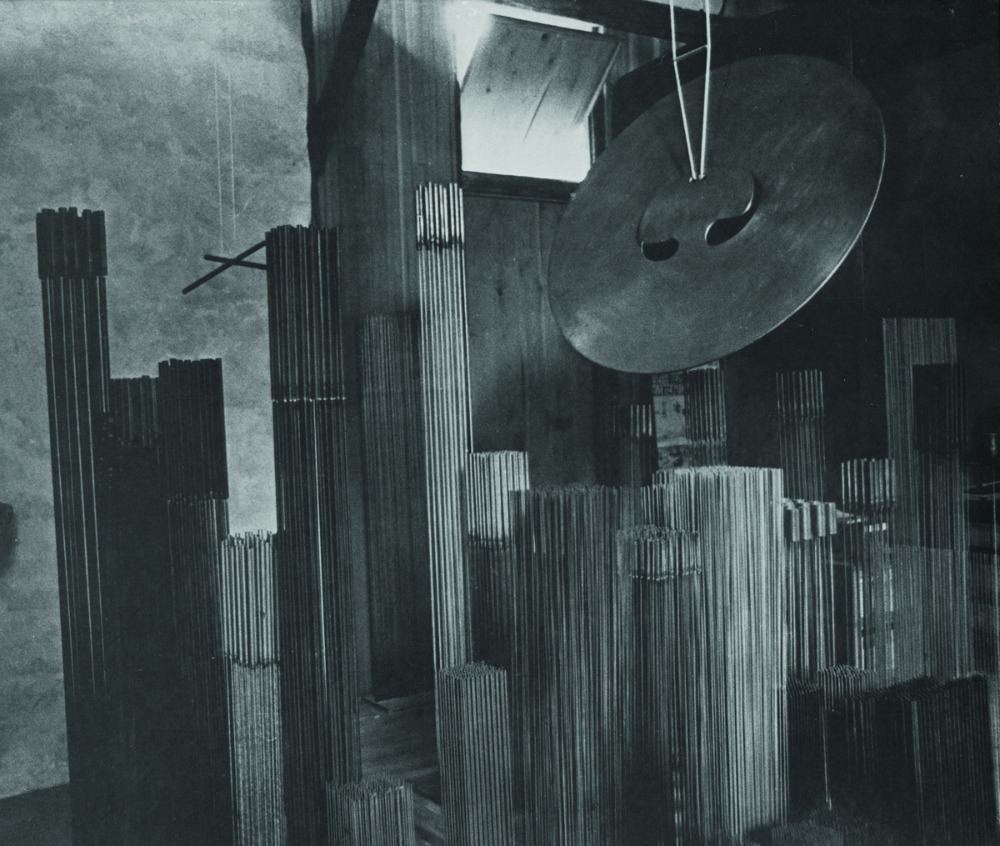 What do you hope this box set will achieve beyond simply returning Bertoia’s work to general circulation?

My hope is that the box set will convey a sense of what it is like to walk into Bertoia’s barn, where more than 100 of his sound sculptures and gongs stand, or hang, silently. It’s a deeply spiritual, sacrosanct place. One man’s private temple where he would find wonder, solitude and ever-changing moments of creation existing simultaneously. It’s an incredibly magical place and it’s been one of the greatest pleasures of my life to be able to experience it in person and to share it with my family as well.

Bertoia’s approach includes a strong sense of the unity of man and nature – something that helps to unite us with the natural world but especially with one another. I think this is something that the world really needs right now. I hope this box set helps people discover the work of this incredibly important artist for generations to come. Plus, it’s nice to know that all the collectors who hoarded Harry’s records will be able to hear them again for the first time, properly translated into the digital realm.

Read this next: Dreamcatching: The remarkable story of Robert Rich and the Sleep Concerts