Few soundtracks capture the shifting tide of ‘90s videogame culture like Yuzo Koshiro’s pioneering accompaniment to Streets of Rage II. Eschewing the rinky-dink melodies and childishness that had plagued the genre, Koshiro looked to club music for inspiration and influenced Ikonika, Just Blaze and a legion of wide-eyed kids in the process.

London-based label Data Discs released Koshiro’s original Streets of Rage soundtrack last year, and now the sequel is set for release. The audio has been completely remastered from various sources – including the original NEC PC-88 files – so this will be the best version you’re likely to hear. Like Data Discs’ other vinyl editions, it’s a deluxe set padded out with bonus tracks and spread across two slabs of vinyl in multiple color variations.

You can hear a few samples below, and pre-order the album from February 27 over at the Data Discs site – the album is due to ship in April.

Read next: The 100 best videogame soundtracks. 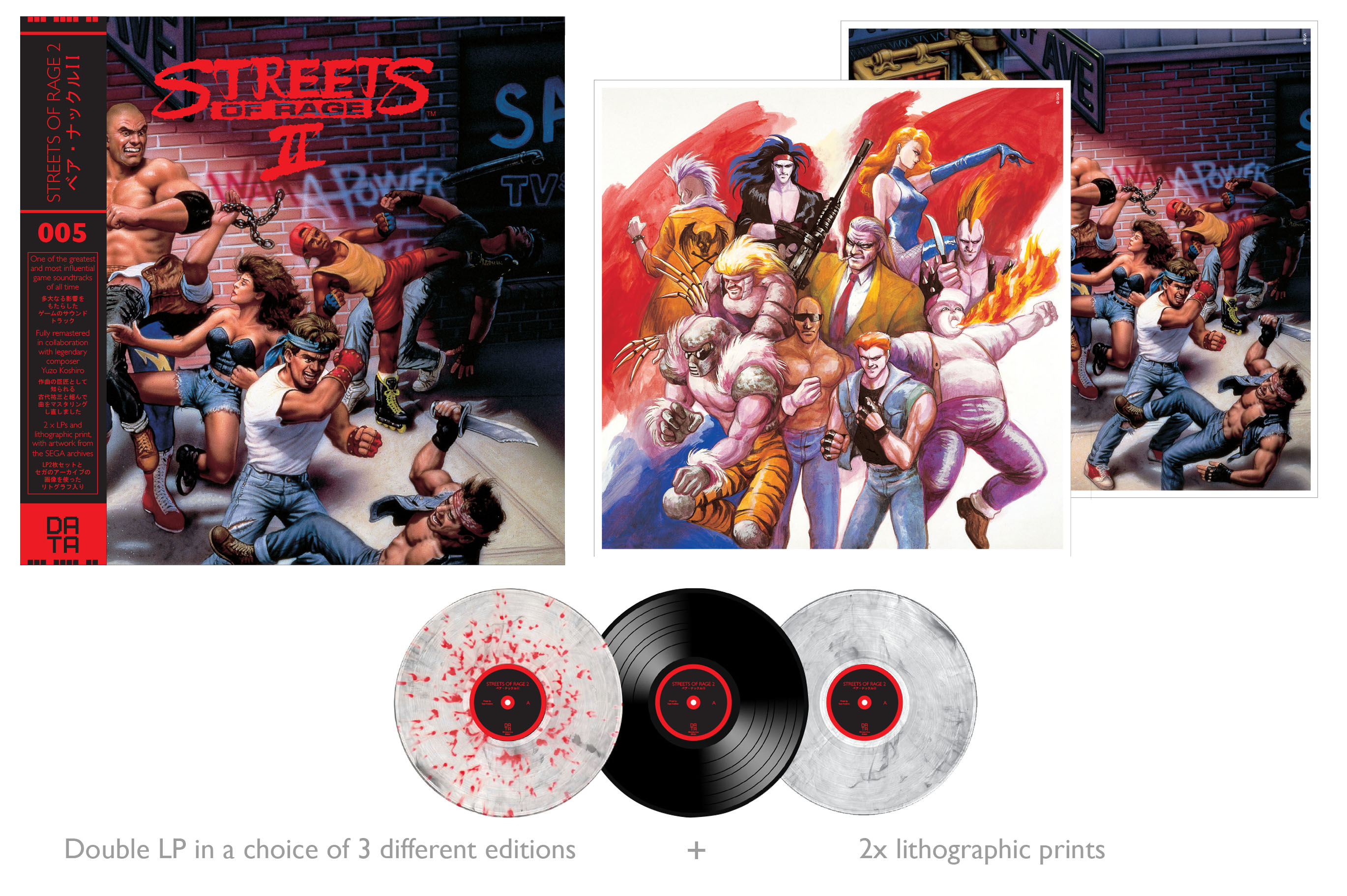