Featured Stories I by John Twells, Chal Ravens and Al Horner I 24.02.16

Do Androids Dream of Electronic Beats? 7 producers we want to soundtrack Blade Runner 2

With Blade Runner 2 primed for a 2018 release, there’s one big question on our lips: who will compose the soundtrack?

The Greek composer conjured an eerie, decomposing future by blending traditional music from his home country with the shimmering textures of the Yamaha CS-80 synthesizer – a perfect mixture of science fiction and romance. But technology has come a long way since 1982, and a rehash of that formula would sound too retro – especially as the sequel is set several decades after the original story.

With that in mind, we’ve come up with 7 modern musicians who’d be the perfect hire – we want to hear one of these talents soundtracking Ryan Gosling and Harrison Ford’s adventures with the replicants in 2018.

After working his claustrophobic electronica into an ambitious, sci-fi-tinged orchestral collaboration at the Barbican last month, Darren Cunningham – who once told us he constantly has muted films playing in the background – seems primed to take on a full film score. We can easily imagine a fleet of flying cars puttering along to ‘Hubble’, or a replicant crying tears in the rain to ‘N.E.W.’.

Arca’s mangled electronic deconstructions nudged the Venezuelan producer into the credits for Kanye West’s Yeezus, Björk’s Vulnicura and FKA twigs’ influential early run, but that only tells part of the story. It’s Arca’s tumbling, oblique narratives on early mixtape &&&&& and last year’s Mutant that would make him an ideal choice to work on Blade Runner 2  – just listen to the foggy romance of ‘En’ or the baroque beauty of ‘Gratitud’ for proof.

If you’ve heard Cliff Martinez’s sublime score for Steven Soderbergh’s Solaris remake, you’ll already know why the ex-Red Hot Chili Pepper would be perfect for the job. His blend of textural percussion and smart synthesis is exactly the kind of evocative accompaniment that Blade Runner needs, and his soundtrack for Soderbergh’s TV drama The Knick showed how he can use his palette to creatively (and anachronistically) accompany unexpected subject matter. His prior affiliation with Ryan Gosling has to be worth bonus points, too.

Composer Rich Vreeland entered the spotlight penning chipper earworms for acclaimed indie games such as Fez, but he more than proved his dramatic mettle with his score for last year’s cult horror breakout It Follows. His tense, noisy electronic cues mirror David Robert Mitchell’s vaseline-rubbed visuals, and whatever the Blade Runner 2 storyline reveals, a sense of impending electronic dread simply has to work.

Run The Jewels’ Jaime Meline has been channeling the murk and menace of Blade Runner for nearly 20 years: “Till death call me Deckard, I’ve seen slave ships off the shores of Orion fire,” he rapped on Boston MC Mike Ladd’s Easy Listening 4 Armageddon in 1997. He’s still paying homage to the film, with a 2015 Run The Jewels tour poster featuring him and Killer Mike mocked up as replicant hunters, while Vangelis was an obvious influence on his noirish, nasty beats for RTJ 2. Okay, so his most recent foray into film scores – last year’s Fantastic Four, for which he wrote the end credits music – died at the box office harder than Roy Batty on a rainy rooftop. But let El-P loose soundtracking C-beams glittering near the Tannhauser Gate, and you know he’d get it right. 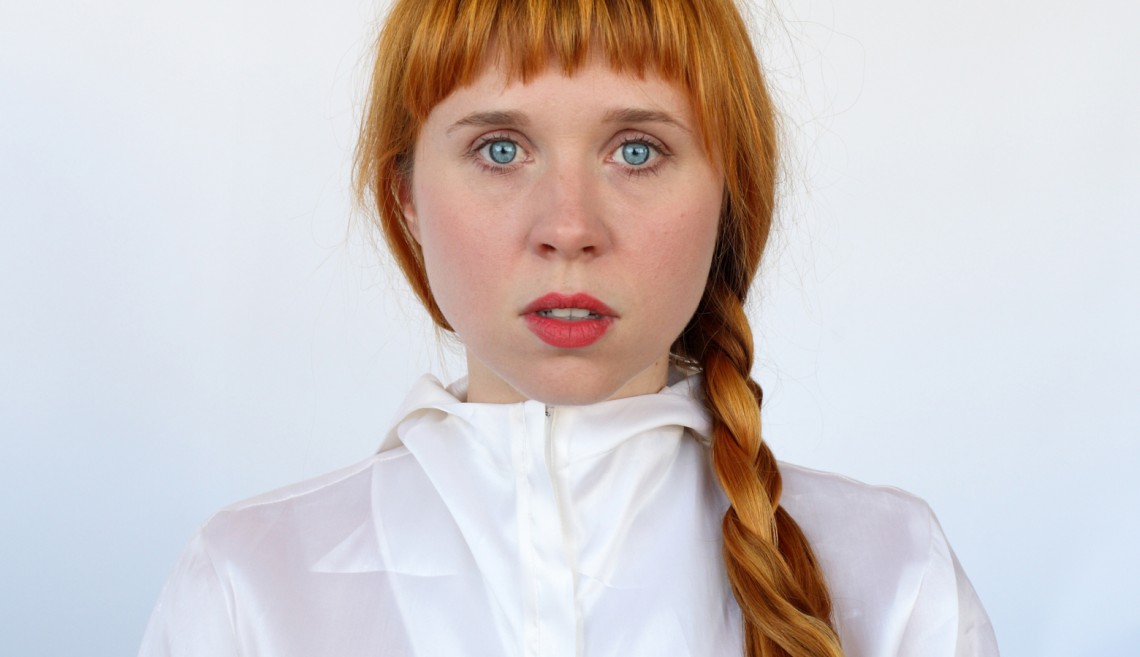 Data-absorbing, NSA-baiting futurophile Holly Herndon would technically be a better fit for our dreamed-of sequel to another Philip K. Dick adaptation, Minority Report – but we’d still be stoked to find out what Holly Herndon would do with a medium as comparatively retro as the silver screen. The stuttering, glitch-ridden movements of ‘Interference’ and the garbled self-help screed of ‘Locker Leak’ show that she can nail the mood of a near-future where technology has failed us – or rather, where we have failed it.

Mica Levi has already raised the bar for what a modern film score can achieve with her Bafta-nominated, otherworldly score for Jonathan Glazer’s Under The Skin, so her phone is no doubt ringing off the hook with soundtrack offers as it is. But Levi’s knack for extracting alien textures from familiar instruments and marrying sensuality with a sense of uncanny makes her the most face-palmingly obvious candidate we can think of to soundtrack a dystopian romance.

Read next: The Beginner’s guide to Vangelis