The co-founder of New York’s legendary Trouble & Bass has released a new project.

Available for preorder now, the EP will be released on March 4 in tandem with the second Chaos Clan party at Trans-Pecos in Brooklyn the following night. See more details about the party, which is headlined by DJ Deeon and Slackk, below. 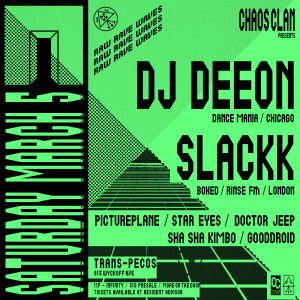