The producer fleshes out his new moniker with a headspinning mix.

Last year, Lee Bannon left behind his well known moniker to move forward as Dedekind Cut with tHot eNhançeR, one of his most abstract releases yet. Now he’s released Black History Month In 3D — a 27-minute mix that dives even further down the experimental rabbit hole. Here the producer dives between hip-hop, dance music, noise, juggling tranquil moments of beauty, sugar overloads and jagged stabs of dissonance with a liquid ease. It only sounds like the beginning too, since Dedekind Cut has announced its debut album Successor will be out this fall on Ninja Tune (preceded by an EP titled American Zen).

You can find Black History Month In 3D below (with some marvelous artwork credited to Juliana Huxtable) and if you’re in New York catch him next month performing with Dean Blunt. It’s easily the most bizarre music you’ll come across today — it’s also the best. 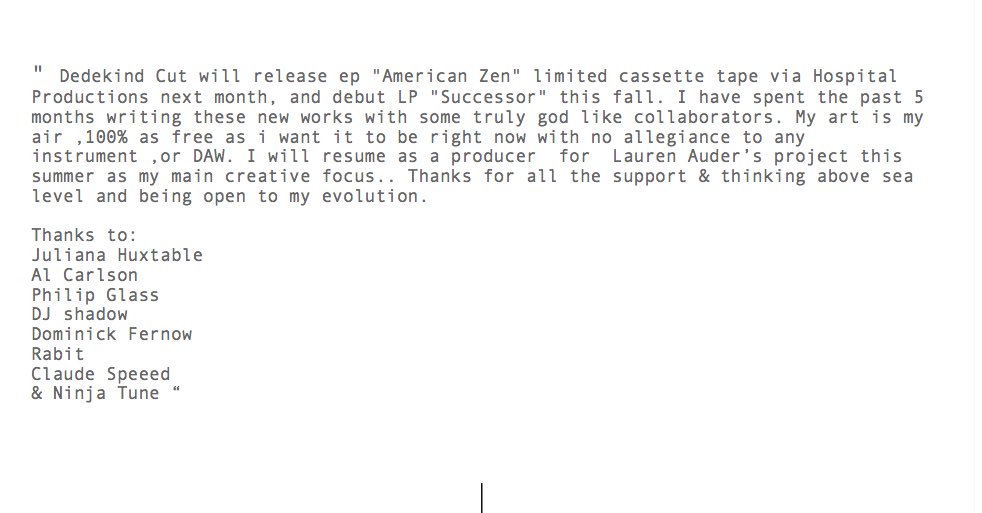