With Origami, the shoegaze greats look back at their past while moving forward.

Last year, 90s shoegazers Lush announced they would reunite for a series of shows. Since then, they have released their first new song in 20 years, announced an EP and hinted at a new album. Now, to coincide with their return, the band have announced Origami, a boxset that collects their previous albums and EPs — all of which are either out-of-print or have never been available on vinyl.

The collection contains the band’s three albums, 1992’s Spooky, 1994’s Split and 1996’s Lovelife (1996), as well as their two singles compilations, 1990’s Gala and 1996’s Topolino, the last of which will be released on vinyl for the first time ever. The collection will be released as a Record Store Day exclusive through 4AD on April 16 — one day after the band release their new EP Blind Spot. Each record in the collection comes pressed on a different color of vinyl as well. Take a look at the gorgeous collection and revisit their new song ‘Out Of Control’ below. 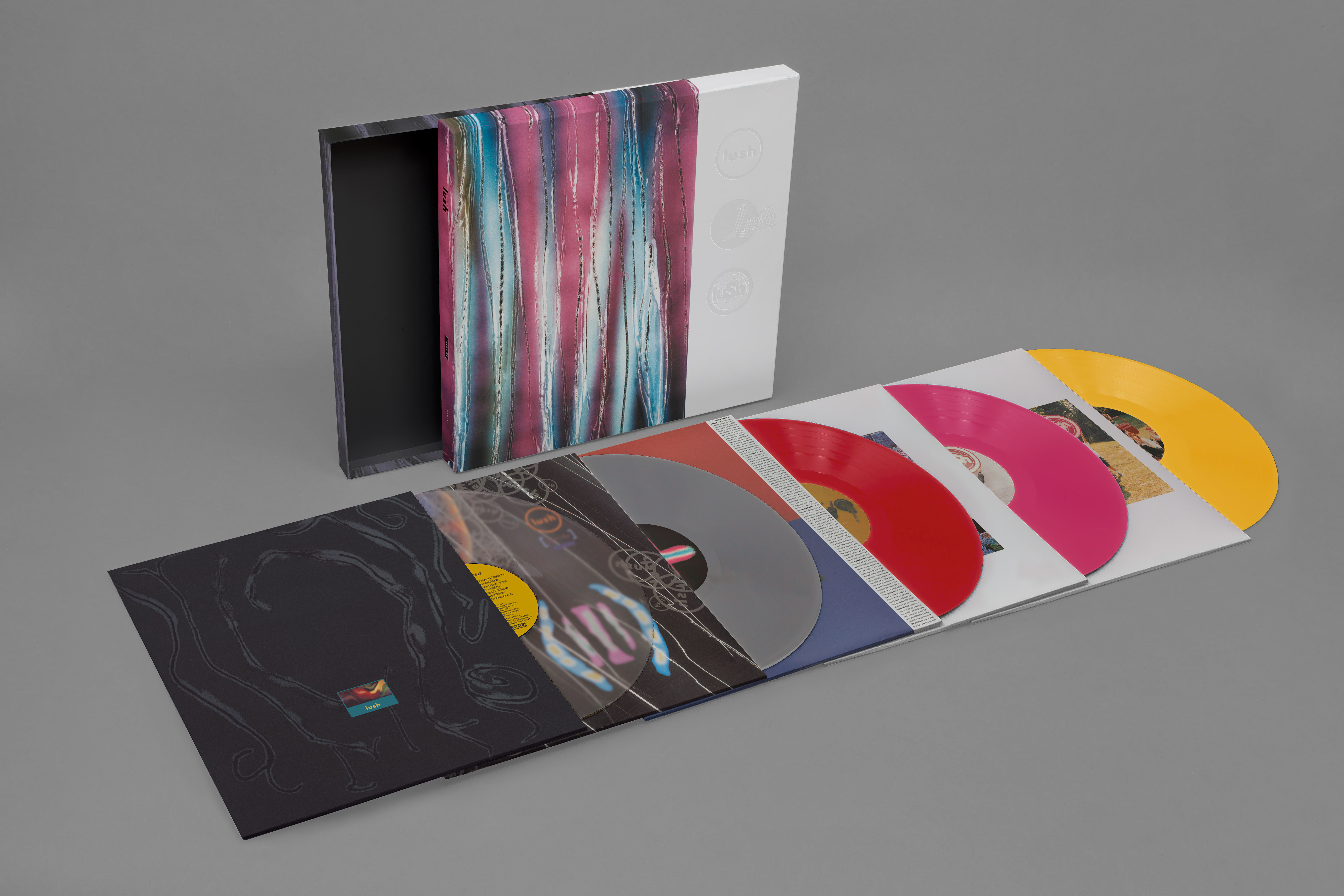