Exciting news: for the first time in our history, FACT is doing an official showcase at SXSW.

We’ve compiled some of our favourite acts around at the Empire Control Room on Thursday, March 17 for a showcase of club music, hip-hop and more.

Headlining is D∆WN, aka Dawn Richard, whose Blackheart album captivated us throughout 2015 and closed the year as our #1 album of 2015. She’ll be playing classics from her catalogue and forthcoming material.

The cutting edge of club music is represented through Mumdance, Rabit and Jersey’s ascendant UNiiQU3, while Teklife’s senior commanders DJ Spinn and DJ Taso will be showing us what footwork has in store for 2016 – they’ll be joined by the scene’s premiere dance crew The Era. Finally, we’ve got LuckyMe’s shoegaze wizards NAKED and the club god himself, Beat King.

Prepare your fire emojis, because it’s gonna be lit. 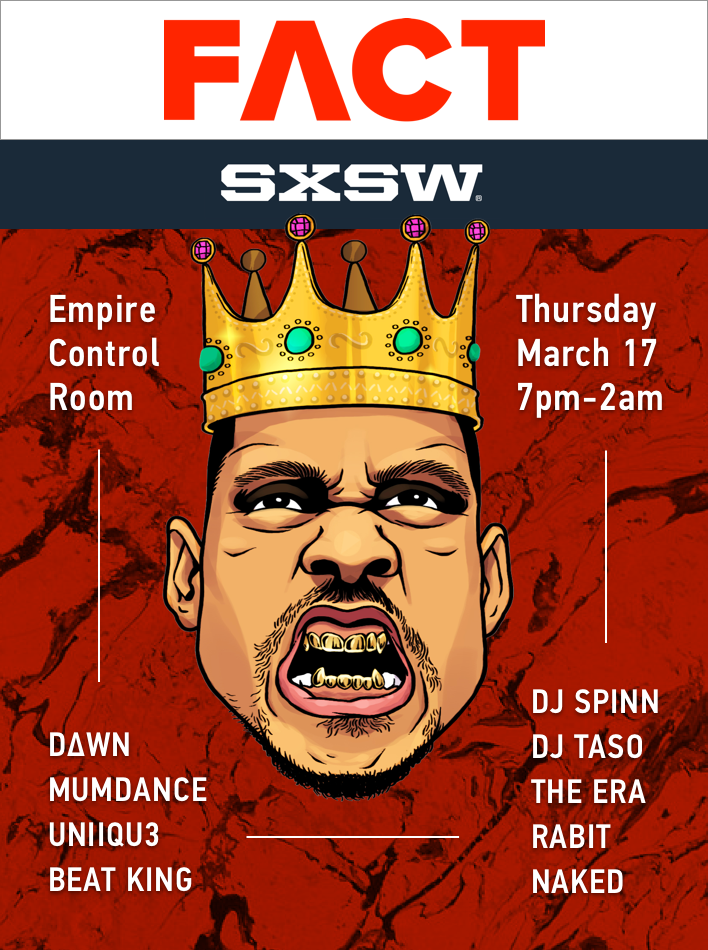