UPDATE: You can now stream ‘Landcruisin’ on Soundcloud.

The Paul Institute’s first single is out tomorrow.

The song will be officialy released tomorrow, March 25, according to a text sent to subscribers to the Paul Institute website, which originally asked users for their cell phone number. Take a look at that message below. Furthermore, there’s two sides to every record and what’s behind this one could very well be the third official Jai Paul single. 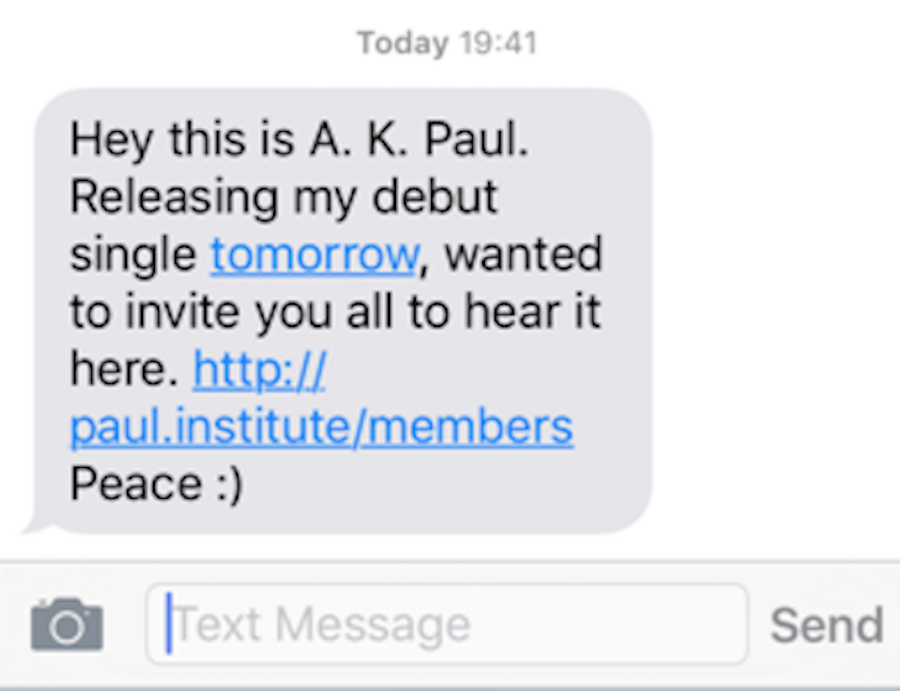