Prince took to Twitter earlier this week to explain why he removes unauthorised fan recordings of his shows, including recent snippets of his Piano & A Microphone tour dates. YouTube in particular got singled out for unfair licensing fees.

The tweets, which have since been deleted, began with Prince stating “Since YouTube doesn’t pay equitable licensing fees, isn’t that a nonsensical question?” before telling fans to direct their concerns to YouTube.

He then told fans that there is a “world of music” outside of Google’s video service, let one fan know they could see his 2006 Super Bowl performance at Paisley Park, and another that he was never mad but “KINDA BORED, THO. LOL”.

You can see screenshots of the conversation below. The American musician also announced the next date for the Piano & A Microphone tour, April 7 in Atlanta. Best get tickets because those fan videos won’t last long. [Via CoS] 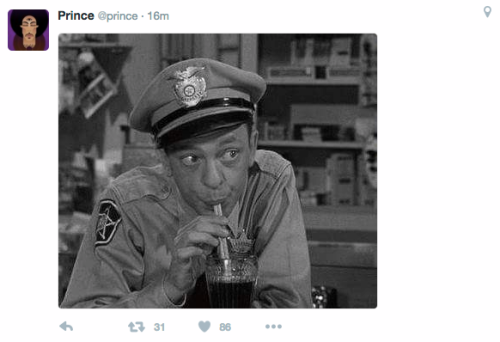