Now you can find out the story of ‘Ultralight Beam’ as you listen.

Kanye West’s The Life of Pablo is the latest album to take advantage of Spotify’s integration with lyrics site Genius, offering commentary on the album from within the streaming service’s app.

The partnership between the two companies was launched in January as a way of transmitting Genius’s vast database of lyric annotations direct to users of the Spotify app as they listen. 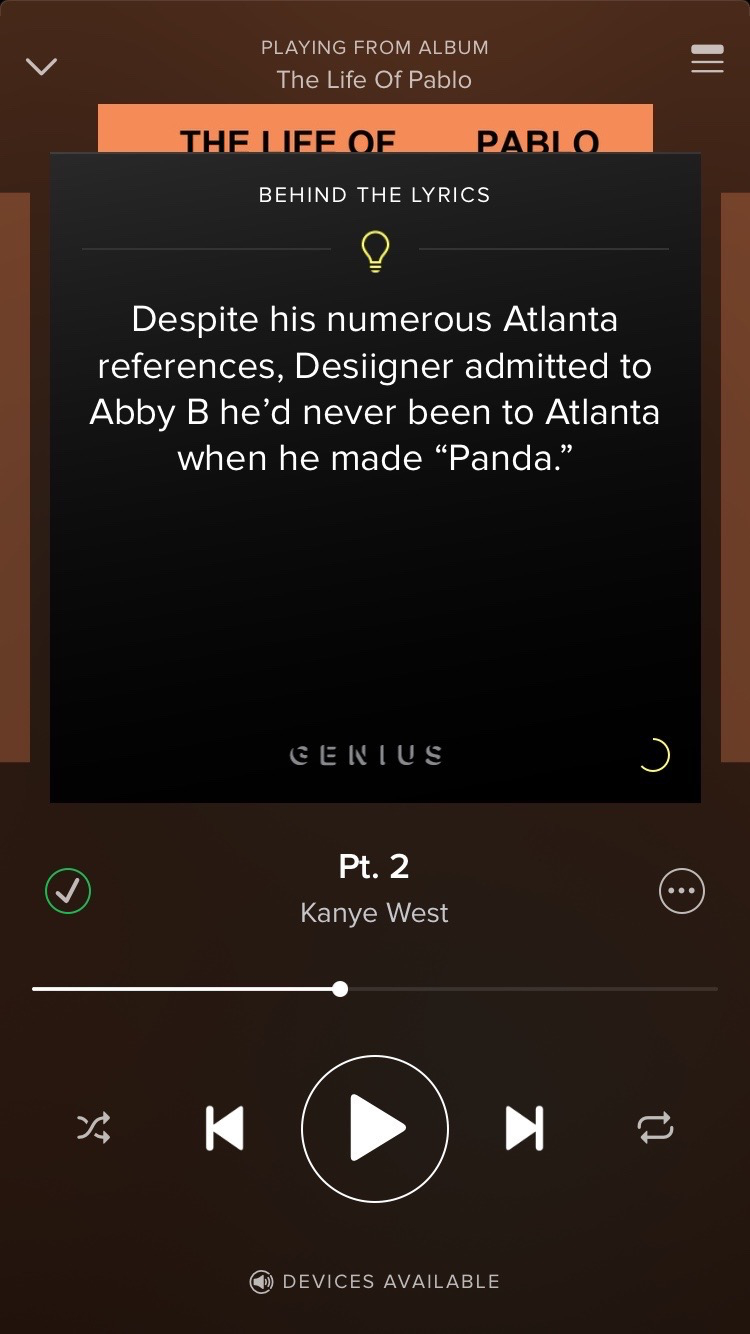 Rather than offer all annotations from a track, the stripped-back “Behind the Lyrics” functionality offers bite-sized chunks of information, including information on samples, personal context and even relevant tweets.

To access the function, simply open the album in Spotify’s mobile app and swipe down on the the album artwork.

If Kanye’s not your thing, the feature works with plenty of other music, including genre-based lists like Behind the Lyrics: Hip-Hop and artist playlists for Diplo, Pusha T and Tinashe.

Read next: Hear over 1,300 genres in this amazing Spotify-powered interactive map