After announcing it earlier this week, Dej Loaf released her new mixtape All Jokes Aside last night. Her first new music since last July’s #AndSeeThatsTheThing EP, the 11 tracks here are inspired by “a time in a girl’s life, where she becomes a young woman” according to the Detroit rapper.

“It’s called growth, it’s called maturity, it’s called living life to the full potential and being true to who you are. That’s what I represent. I feel good about everything that I am doing right now, because it is what I want to do,” the 24-year-old – real name Deja Trimble – explained in a press release. “Not what anyone else wants me to do; it’s what I want to do. I’m in charge. I run my show. It feels damn good.”

Listen to All Jokes Aside below. Trimble’s debut album is currently being finished and tipped for release later this year. 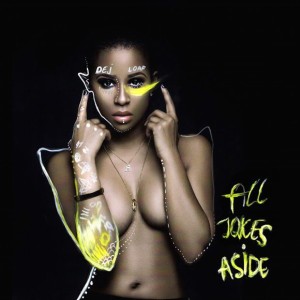