Growing pains: Why ZAYN’s R&B-pop machine is too big to fail

Lower-than-expected sales for the One Direction star’s debut solo album Mind Of Mine raised music industry eyebrows. The truth is, Malik is playing a long-game as smart and subtly sophisticated as his unsung R&B, says Al Horner.

There’s a cop pacing the pavement outside Tribeca’s iHeartRadio theatre, barking into a walkie talkie. The ground beneath him is lit up like a colouring book in bright red and yellow chalk, and he looks unsure what to do about the teenage girls continuing to etch odes and illustrations into the sidewalk further down the block. “We’re proud of you Zayn!” is the recurring message: Zayn being, of course, Zayn Malik, the former boy band superstar currently inside the downtown venue preparing for his first ever solo live show and album release party.

“About 40 of them have been here over night,” a venue worker tells me, nodding towards the shrieking queue as show-time nears. 23-year-old Zayn quit talent show conquerers One Direction on this day 12 months ago in search of a new career as an R&B sophisticate; swapping breezy PG pop and mountains of merchandise including officially-branded 1D children’s duvet sets for tracks about his life between the sheets, steeped in sex and haze and produced by Frank Ocean collaborator Malay. As the doors tonight open and a screaming stampede into the theatre ensues, it’s clear that though Malik may be done with the hysteria of his former life (“I want to be a normal 22-year-old who is able to relax,“ he said upon leaving One Direction) the hysteria of his former life is not yet done with him. 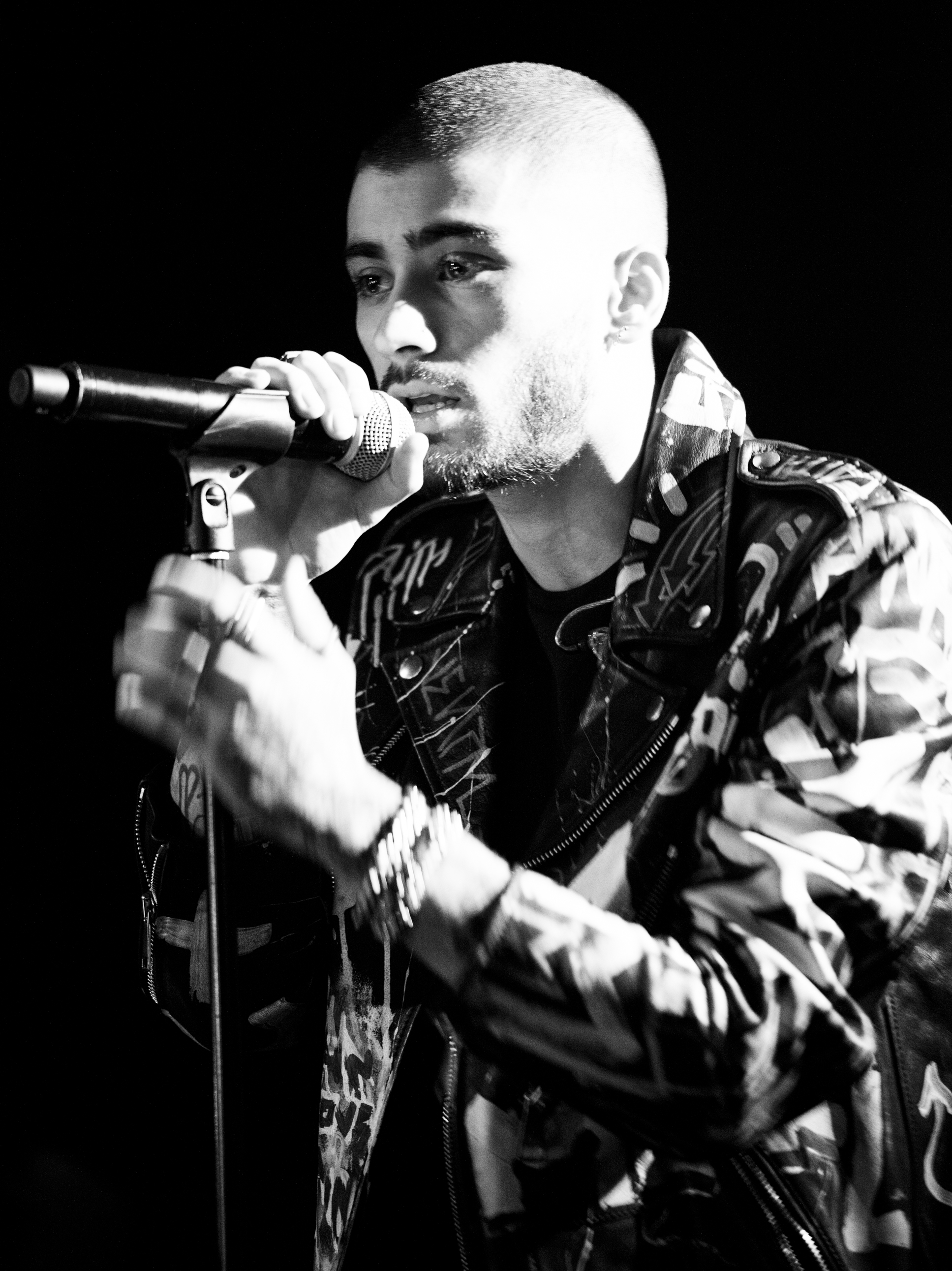 Mind Of Mine lusts after the same crossover success enjoyed last year by Justin Bieber, whose Purpose album was a moment of peak poptimism.

This was the scene a fortnight ago as ZAYN – as he’s now singularly known – made another step in a not-easy transformation from reality TV talent show graduate to “credible” crooner, in the mould of stars he grew up adoring in his Bradford home: Donnell Jones, R Kelly and others similar. How that transition is going depends on who you ask. His army of fans – many of whom turned up without tickets to his debut show, happy simply to press their ears against the walls of the building to hear the rumbles of his soundcheck, parents waiting patiently in their cars – will point to his simultaneous number one spots on the UK album chart and Billboard 200. ZAYN’s the first British male solo artist to have an album debut at number one Stateside, they’ll remind you too.

Cynics however will suggest the reported 23k copies sold in the UK and 112k in the US of debut album Mind Of Mine probably didn’t exactly have champagne flutes clanging together in celebration at his Sony record label headquarters, given the massive sense of expectation around the record. The press campaign had all bases covered. No doubt lusting after the same crossover success enjoyed last year by Justin Bieber, whose Purpose album simultaneously straddled young pop fan markets and an older demographic in a moment of what you might call peak poptimism, ZAYN preceded Mind Of Mine with select exclusive comeback features with “grown-up” press like The Fader and NME. The campaign was shot almost exclusively by Nabil, the art director who’s had a hand in the recent aesthetics of Lana Del Rey, FKA twigs and indeed what sound on Mind Of Mine like ZAYN’s two beacon modern musical inspirations: Frank Ocean and The Weeknd.

But critics to a degree shrugged. Bogged down with “tepid” ballads, said Rolling Stone. Unable to shake himself of “years making mercenary pop,” wrote the New York Times. “A definitive step away from One Direction towards nowhere in particular,” argued Pitchfork. The overall feeling among reviewers seemed to be that Mind Of Mine has a marathon 18-track run-time in which to say something but ultimately came up mute. 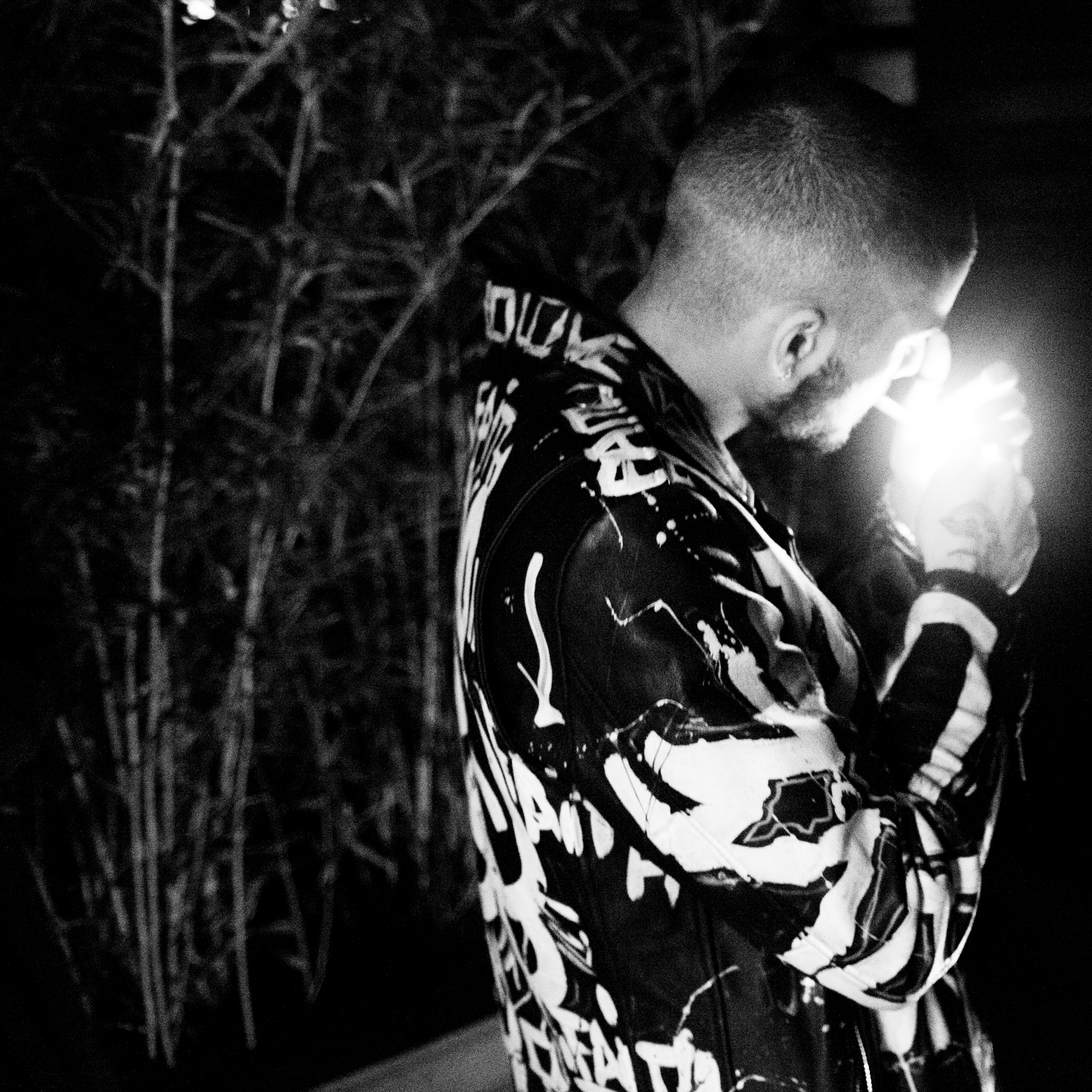 The modern pop album has become a beast increasingly burdened by context, constantly carrying and negotiating the baggage of that singer’s celebrity.

All of which misses the main merits of the record. For a start, its songs are cleverer than many have given credit, zipping from Autre Ne Veut electronic melancholy (the Kehlani-featuring ‘Wrong’) to amorphous, elegiac soul on ‘Blue’ and genuinely heart-bruising gospel on single ‘It’s You’, a ‘Bad Religion’-like ballad lined with organs that tremble like bottom lips in a break-up.

But as importantly: the modern pop album has become a beast increasingly burdened by context, constantly carrying and negotiating the baggage of that singer’s celebrity. From Taylor Swift’s dissection of her man-eater tabloid image on 1989 to Justin Bieber’s pleas for redemption after his many public spirals on Purpose (whose big single, just to hammer it home, was called ‘Sorry’), pop has been in something of a feedback loop of late: artists’ public images bleeding into their music, their music bleeding into their public image.

Mind Of Mine, like the Donnell Jones and R Kelly R&B classics it looks to ape, is in stark contrast almost defiantly blank: simple songs of love and lust (especially lust) devoid of meta bullshit. Where fans might have braced themselves, or even longed for, shade thrown at his former One Direction band mates, or nods to his model girlfriend Gigi Hadid, Malik steers clear of navel-gazing dissections of his own media narrative. Like Frank Ocean, the man whose Channel Orange he looked to emulate on Mind Of Mine (“obviously it was that album that made me want to work with Malay,” he told me when we met in March), ZAYN’s solo debut finds itself instead listlessly searching for meaning and feeling amid evenings and early mornings numbed by drugs and privilege. On Ocean’s ‘Sweet Life’, it was under the cooling gush of a fancy bathroom shower head. On ZAYN’s ‘Lucozade’, it’s between sips of energy drinks and hits on a blunt, too stoned to do anything about the paranoia creeping in. “I’m trying to fucking scream but the words won’t come out,” he repeats. 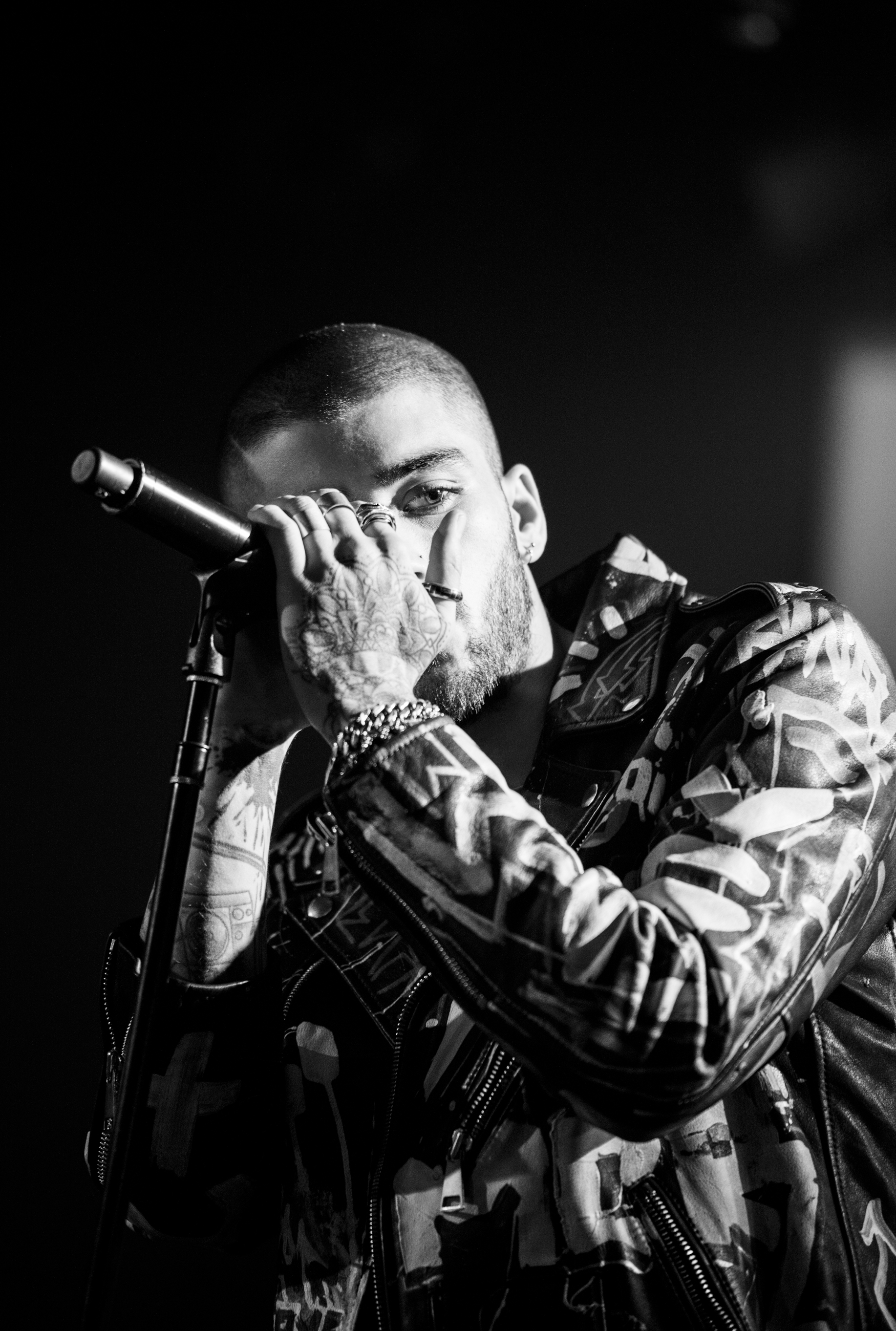 Rather than a clean break from the bubblegum sheen of his old band, Mind Of Mine retains a sizeable deal of ZAYN’s pop past.

The band with which Malik made his name are arguably the biggest British pop cultural export since Harry Potter, and there’s interestingly a sense of a similar approach to JK Rowling’s book in the 23-year-old singer’s first solo steps. Rather than a clean break from the bubblegum sheen of his old band, Mind Of Mine retains a sizeable deal of ZAYN’s pop past, on tracks like ‘She’, interspersed between more experimental, darker, lustier moments such as ‘Flower’, an ambient acoustic amble sung in Hindustani Urdu. It’s a gradual evolution: as if young One Direction fans are being invited to grow with his sound, like how fans of the Harry Potter series grew with its progressively darker, more adult books.

“You don’t just want to dismiss or turn your back on that audience,” a member of his team confirms to me at the show at the iHeartRadio theatre. He plays just three songs – ‘Truth’, ‘It’s You’ and the clubby, Disclosure-lite ‘Like I Would’ – during which he’s barely able to register his delicate falsetto above the din of screams, before exiting the stage as sheepishly as he came on. ZAYN’s debut solo show has lasted all of fifteen minutes. His fans though don’t seem to care, and bound out as excitedly as they rushed in. Leaving behind a boy band is easy. Taking your old fans with you as you court new ones, that’s the tricky part. Malik, like the slow drift of the drugged R&B songs he’s growing towards, though, isn’t in a hurry. Whatever his sales figures, ZAYN is playing the long-game.

Read next: The best albums of 2016 so far, January to March