As the label explains, Social Housing is the ex-pat’s ode to Berlin’s not-for-profit, association-managed social housing and the positive effect it’s had on his life and music.

“Social Housing is named as such, because it’s the environment I live in, the first thing I see every day when I walk out of my front door, and in effect, influences aspects of my life, including my music.

“Too often, particularly in the UK, the term is viewed negatively and equated with slum estates, broken windows and criminality. I want to show that something positive comes out of such schemes.

“The album Social Housing wouldn’t have been possible to produce without the stability and security that social housing has given me and my family.”

On the basis of the funky, sun-drenched track ‘Fantasy’, you can expect to hear plenty of cut-up vocals and raw drums on the album, which also features dance vocalist Jocelyn Brown.

The 12-track album is the latest in a string of Houndstooth releases for the producer, who emerged in 2012 with a clutch of raw house tracks for Glasgow’s Dixon Avenue Basement Jams label.

It also comes with a cover by Underground Resistance member Alan Oldham (aka DJ T-1000), whose comic book-inspired art has been seen on labels such as Transmat and Djax-Up-Beats.

Check out the artwork below, and revisit Marquis Hawkes’ FACT mix from last year. 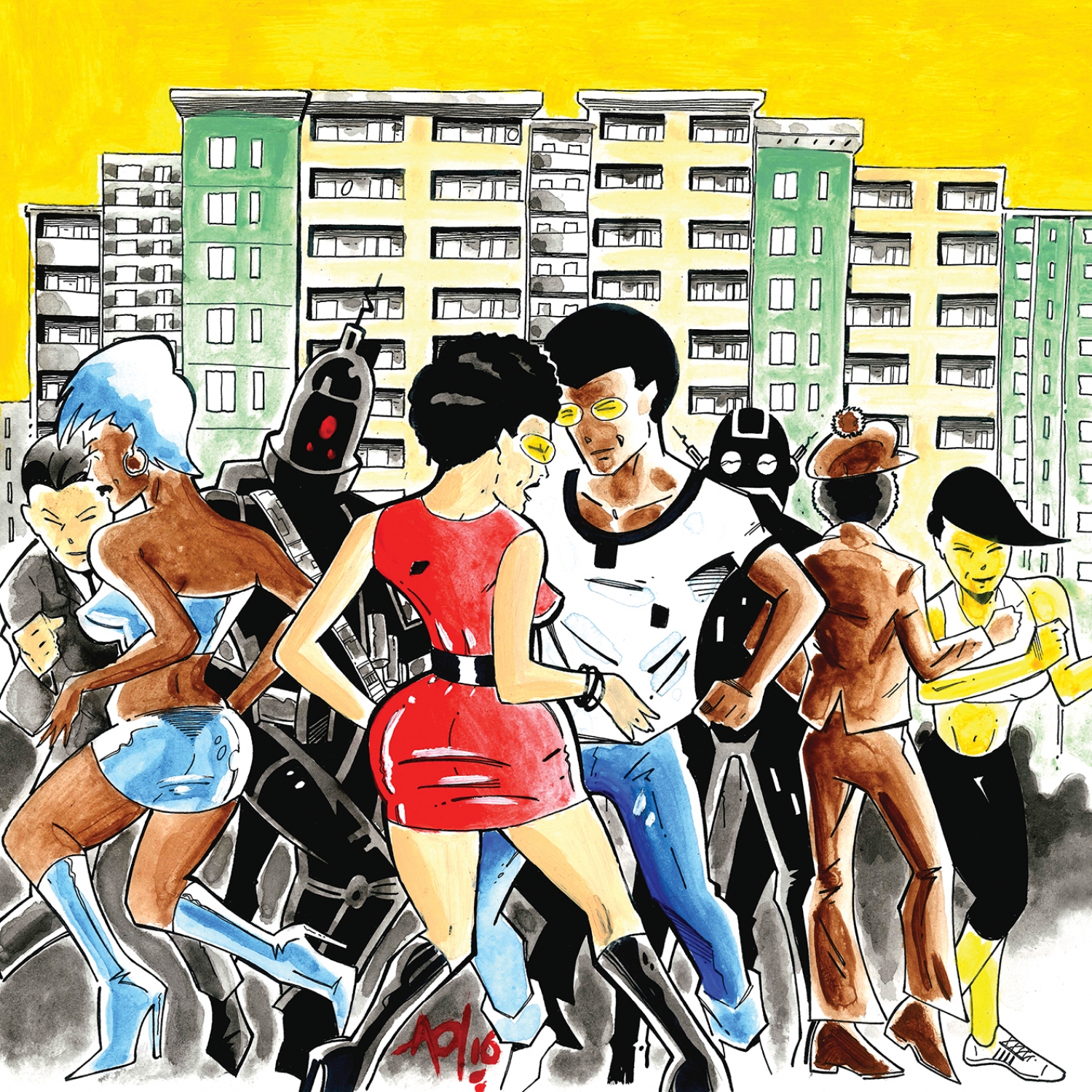