BEAK> on their feral soundtrack for Couple In A Hole, hating Twitter and why that ABBA cover isn’t coming out

If you were looking for a band to soundtrack your movie set in the damp undergrowth of misty French forest, who better than BEAK>?

Over a handful albums and EPs, including last year’s split release with their ‘alter ego’ KAEB> and rapper JonWayne, the Bristol outfit have nurtured the spores of their bare-bones set-up into a distinctly groggy, moss-covered motorik rumble, something like bumping into CAN the morning after a moonshine bender.

Belgian filmmaker Tom Geens certainly had a similar idea when he paired his script for Couple In A Hole, a poignant and beautifully shot drama about a grief-stricken husband and wife eking out a feral existence in the French Pyrenees, with music from the band’s first two albums. They eventually recorded a heap of new tracks for the soundtrack, which is due on Invada soon following the release of the film on April 8.

Drummer Geoff Barrow (one-third of Portishead and soundtrack composer for Ex Machina and more) and bassist Billy Fuller (who also plays with Robert Plant) spoke to FACT about why their woozy sound was perfect for the film, hating Twitter, and what Portishead are up to these days (don’t get excited).

Geoff Barrow: It actually came through the rarest of things, it came through our publisher. Most people who work in indie music never, ever hear anything from their publisher, they never get anything. Portishead were signed to Chrysalis for over 20 years and I think we had one job that they actually found us. Corinne, who worked for Kobalt, was approached by Tom and that’s how we got together. He really liked BEAK>’s music and it went on from there. Quite a straightforward kind of affair and a good relationship between us all.

What stage was the movie at when you met Tom?

Billy Fuller: Just the script wasn’t it, if I remember rightly?

GB: Yeah, just the script, and it was really good. I remember just thinking this seems like a crazy film, and an interesting film, without explosions or robots tearing down skyscrapers. It seemed like the kind of film that would really suit our music as well, or our music would suit it.

BF: He played it to us, like a rough edit, and it was already evident that we could make it work with existing [BEAK>] material that Tom wanted to use, and there were a lot of holes where some new music needed to be written to the film.

There’s not that much dialogue in the script – lots of beautiful shots of the Pyrenees, and action happening without speech. How did you gather that Beak’s music would fit with that? Was there something about the mood of it?

GB: Definitely, the kind of woodland aspect to it. It’s pretty odd but since the very beginning of BEAK> we’ve named our tracks after [things like] ancient hill forts.

I was thinking that when I was looking back through track titles – something like ‘Flax Bourton’, that’s a place is it?

GB: Yep. And I thought as well, you read about the characters and you realise that they’ve hardly had anything to eat and they’re gonna be really, like, woozy. They’re surviving, but there’s gonna be this really odd state, which kind of comes across in the film, and we just wanted to emphasise that more. That just seemed to really work with our odd, woozy synth sounds. 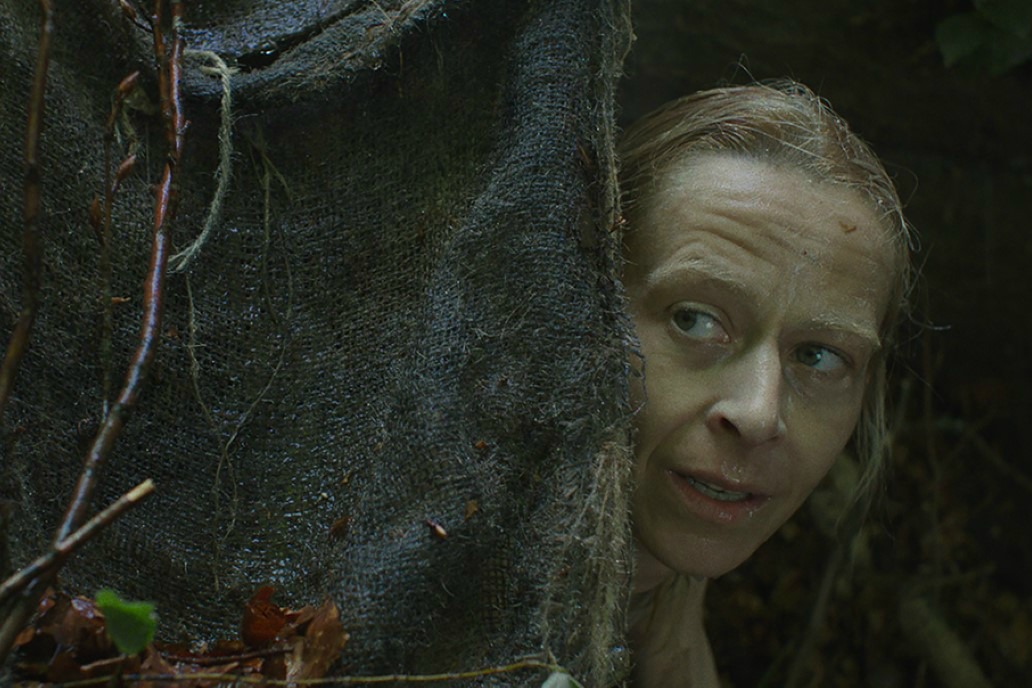 “When we saw the film for the first time it was like thank fuck, it’s brilliant!”Billy Fuller

Did Tom Geens give you any particular instructions?

GB: He gave us feedback but I think he’s just a fan of the music and he trusted us to know what was good for film. We redid one track and we just couldn’t nail it – it’s the one where they’re searching for Karen in the woods, and when we recorded it we thought the original track had the chord shape from the theme to Superman! Tom didn’t really see it, but we were like, er, this is wrong, so we tried to record it again and again and we just couldn’t get it, could we Bill?

What was your reaction once you’d seen what he’d done with the script, visually?

BF: When we actually saw it for the first time it was like thank fuck, it’s brilliant!

GB: It’s really hard, because you can meet a filmmaker and go and get horribly drunk with them – I’ve done it, actually, it was a short film and I went to London and met up with this guy, we ended up having dinner and getting totally bollocksed, and before anything it was on, we were doing it! And then we got the film and it was the worst film I’d ever seen in my life.

Did you do it?

GB: No! I had to say I’m really sorry, it’s not what I thought it was and you’ll be better off using someone else.

Was there any particular gear you got out for the soundtrack?

BF: Just the BEAK> gear that we always use.

GB: Yeah, it’s almost like extensions of our arms now, the BEAK> gear – an old Farfisa organ, an old monosynth and a drum kit and a bass, that’s really it.

You manage to get a lot of variety out of a small palette.

BF: Well, that’s what happens when you actually think about writing music.

GB: Ha ha! It’s very true – we like to actually play the oddness, rather than relying on the oddness.

BF: So many musicians I know love gear, to the point where it’s suffocating. I mean, I can be accused of it sometimes, I can’t stop buying bass guitars. I’ve got all these bass guitars and I still only play one or two of them, and it’s like, what am I fucking doing? Just being a dick, like the rest of ’em.

GB: That could have been a new washing machine.

BF: Exactly. Oh don’t, you sound like my wife.

GF: Ha ha! Yeah but your wife’s lovely – let’s state that, because otherwise you could end up sounding like you’ve got a moany wife, but you haven’t.

Anyone who’s the spouse of a musician has to be quite tolerant by nature of the deal really. 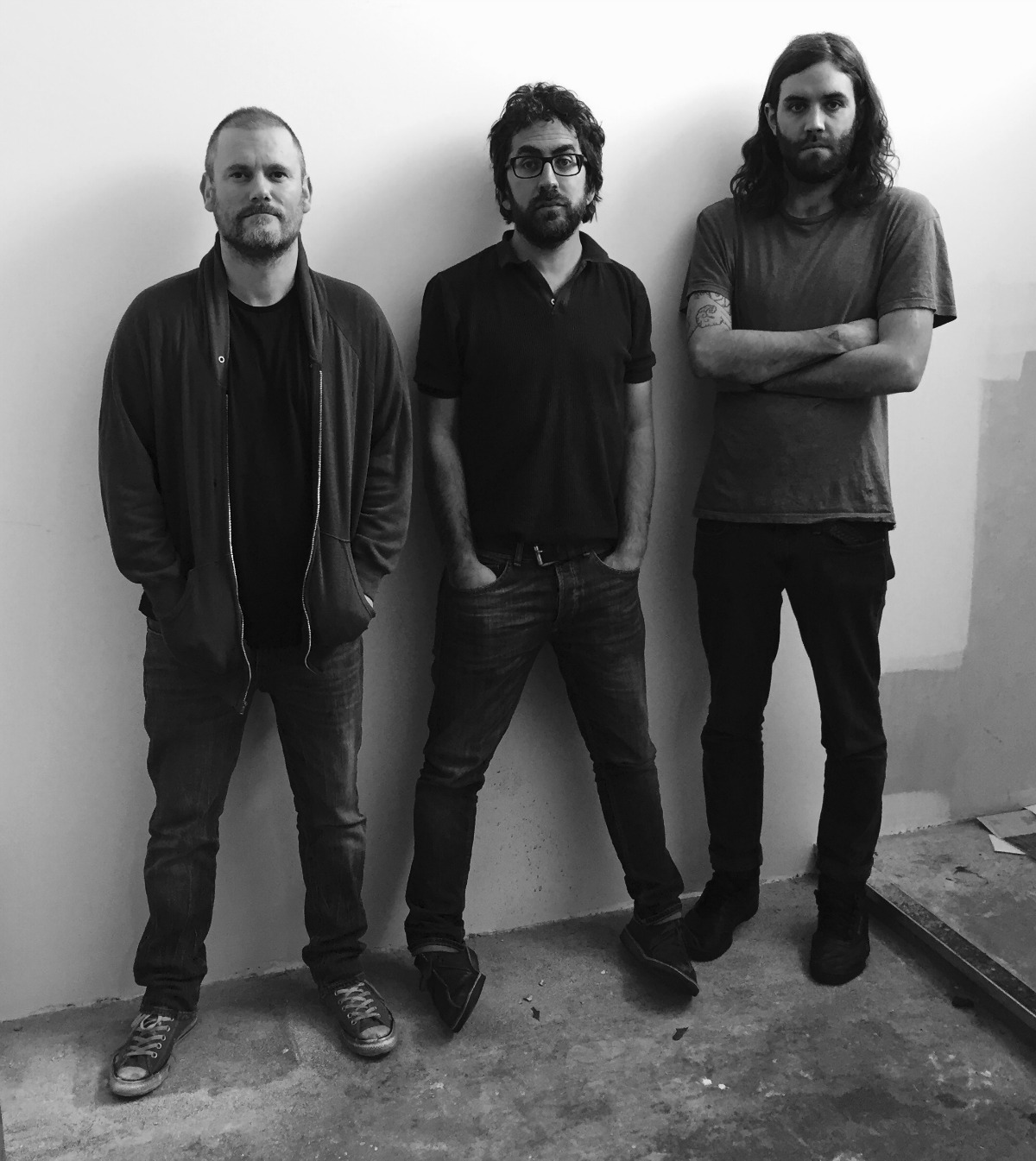 Are you going incorporating the new soundtrack music into your BEAK> repertoire?

GB: Well, it’s all one thing really. We actually played two cues from it when we were out in Paris last, and it went down really well. It was the scene where the little boy was walking up and the snake ate the mouse, and then there’s another scene where he chops into his leg with the axe.

BF: When he chops the snare off his leg.

That’s going to really sell the film to people, when they read about those two scenes.

GB: Ha ha! We put them both together and then started going into another tracks, didn’t we?

BF: Yeah, we played one of our hits. [Both laugh]

What’s the update on BEAK>?

GB: Well, Matt [Williams] left, and Will [Young] joined. We had a day rehearsal, ‘cos we couldn’t do that thing again of getting horribly drunk and offering him a position without hearing him play. We’ve started knocking about with some new ideas and we’ve got a couple of tunes we need to record that have been around for a while.

BF: It makes writing the third record a bit easier, because he’s got a different way about him.

GB: We’re just recording and then we’ll see what comes out. We’ve got a good amount of gigs coming up – Primavera, Green Man, and we’re playing Beaches Brew in Italy, which is like a beach festival. I saw the pictures of it and it looks wicked, it’s like properly in a shed, like a beach shack. Festivals are becoming incredibly commercial, but we’re quite happy just trotting along to our weird little festivals out in Europe, where you get paid and people feed you really nice food.

I recently spoke to Ben Wheatley and Clint Mansell about High-Rise. You’ve got a little mutual fan club going on via Twitter, apparently.

They were saying that everyone meets each other through direct messages on Twitter now.

GB: No, I don’t love it, I absolutely hate it! But I’m just obsessed by it. DMs are great, because I’ve spoken to so many people that I would never have got to speak to just through messaging – no management, no labels, no agents, no bullshit. And it’s amazing the things that have come through Twitter, just through the back door. I’d seen A Field In England and got in contact with Ben Wheatley and said, “I love your films,” and he said “I’ve just been watching Glastonbury with Amy [Jump, his wife and screenwriter] and the first thing we said was it’d be great to do something with Portishead.” And that’s how we ended up working together.

Obviously what came out of that is a quite special cover of ABBA’s ‘S.O.S’. Ben was quite amused to tell me that you’ve decided not to release it. Why not?

GB: Because it was made for the film, and it’s like just an old way of thinking of it.

GB: You can think what you want! But we made it for the film, we didn’t make it to be released out in the mainstream, so we’re sticking to what we originally thought.

With the way it works in the film, it has a proper structural purpose doesn’t it?

GB: It does, it has to go with the film. It’s an ABBA cover and it’s about two and a half minutes long and sometimes things are just better like that. And everyone just demands it, like “I demand you release it now!” “What’s going on with this, I want it!” Well you can’t have it! You can’t have everything you want in your life, that’s how it goes.

But it did get Portishead in the studio again, which I think he was quite proud of. Does that mean that anything else has been happening?

No other plans at all?

Alright then. You’re working on the next Ben Wheatley film too, Free Fire, right?

GB: Yeah, we’ve finished it and its very good – it’s got Brie Larsen in it and lots of really brilliant people, Michael Smiley. Just tons.

How would you describe it musically in terms of what you’ve done with Ben before?

And what’s next for BEAK>?

BF: KAEB> was the last thing we did, middle of last year. I think to say that we’re going in the studio and making another album, that already that makes me go “huh?!” So it’s just, we’re gonna go in the studio and have a laugh and see what falls from the sky, and it could be a single, it could be an EP, or if it’s rolling and it’s happening it could be an album. I think BEAK> always works better when it’s like, let’s just see what happens.

GB: And the industry’s changed so drastically that it doesn’t really work that way anymore. It could be two tracks, it could be 14. We still like releasing albums though.

Read this next: Geoff Barrow and Ben Salisbury unravel their Ex Machina score