To celebrate April 20, the stoner’s holiday also known as 4/20, Snapchat has introduced one of those funny little face filters to turn you into Bob Marley. Except, hello – that’s blackface.

As Complex reports, there’s no official announcement to explain the appearance of the Marley filter on 4/20, but given that the reggae icon was the world’s most famous weed smoker (and his family just launched a cannabis brand with his name on it), the connection surely can’t be a coincidence.

The new add-on maps your face digitally then superimposes dreadlocks, a rastacap and Marley’s face over it, which as Butterz DJ Elijah pointed out, is just digital blackface.

Other Twitter users chimed in to label the filter “more than a little racist”.

I get that @Snapchat probably want to capitalise on 4/20 without DIRECTLY referencing it; but their answer is a blackface Bob Marley filter?

There's something more than a little racist about @Snapchat putting up a blackface Bob Marley filter for 4/20, right?

Snapchat has made a "Bob Marley" filter for 4/20? Lol don't reduce the brother's legacy to nothing more than a weed mascot for white hippies 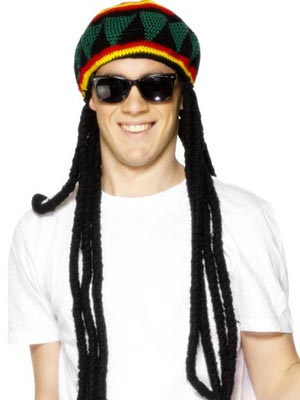