If you wanted to know what Ned Stark has on his iPod, it’s dad rock.

Spotify is celebrating the return of Game of Thrones this weekend with the launch of a new micro-site that matches you with a character based on your music taste.

Log in to the website and Spotify will scan your listening habits, finding the most appropriate character from The Seven Kingdoms to pair you up with. According to the streaming service, the enigmatic Lord Varys is primarily a fan of EDM and experimental electronic music. 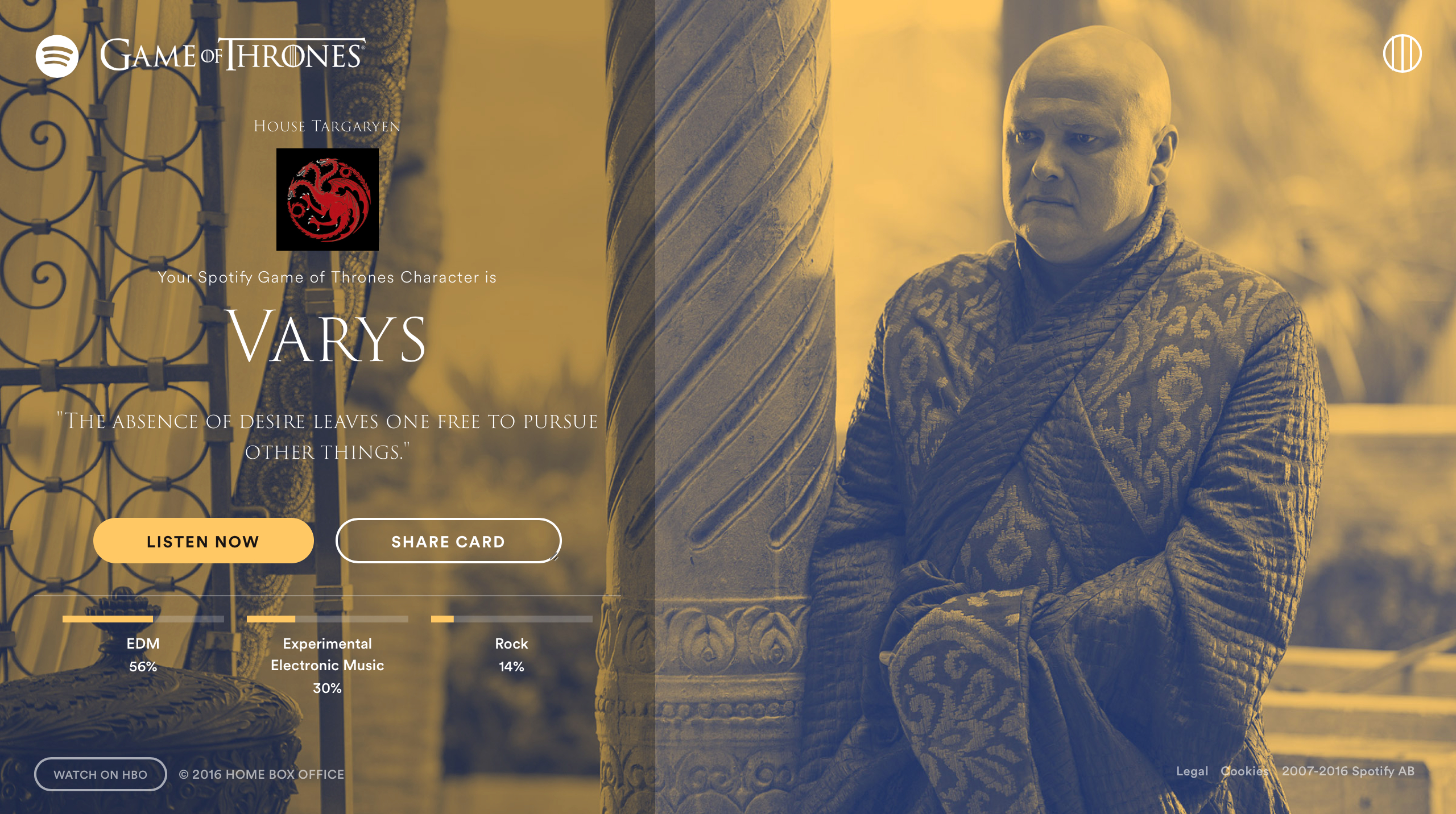 Cersei Lannister seems to be an avid Latin music fan – a strange choice considering her feud with House Martell. 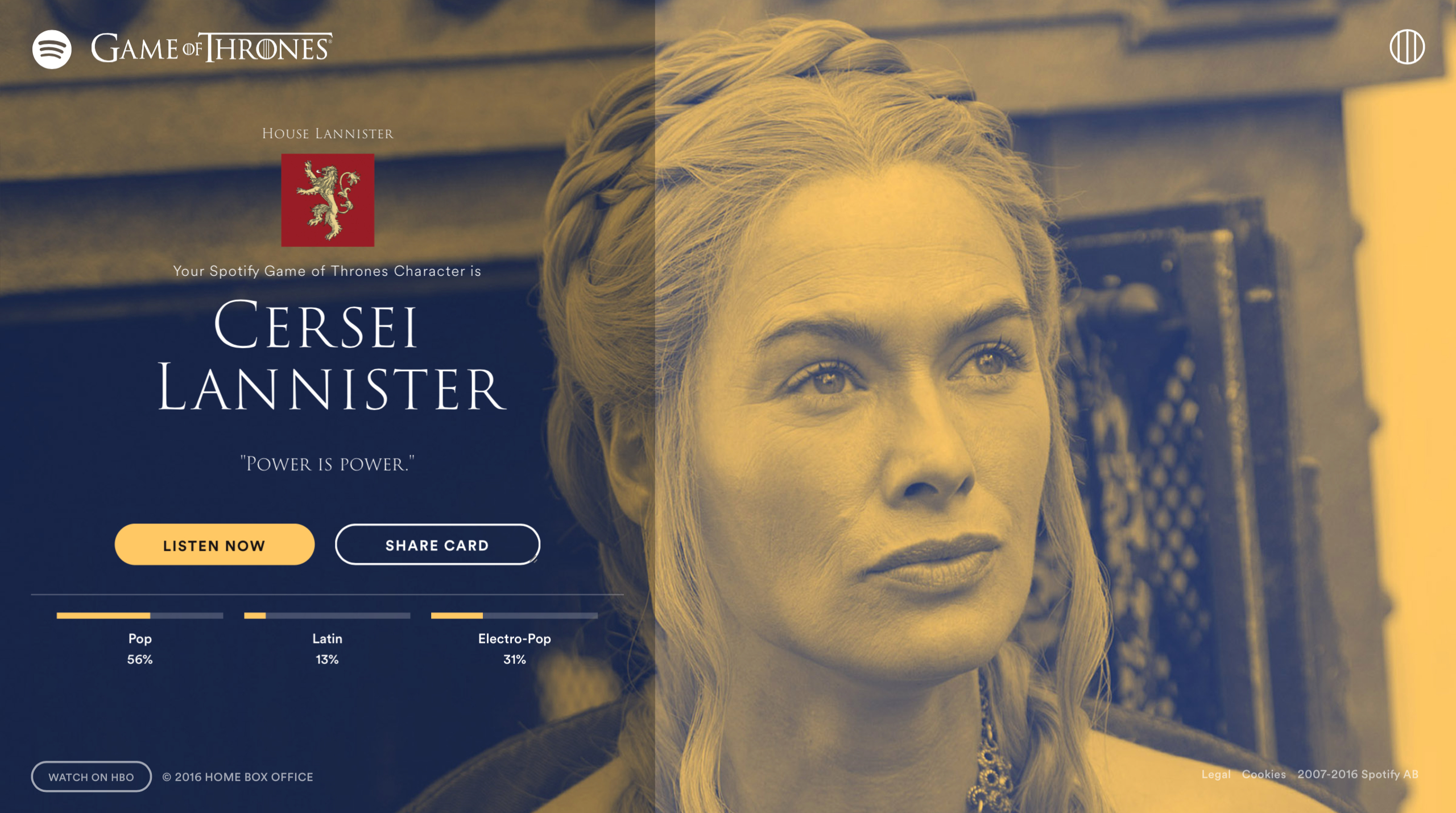 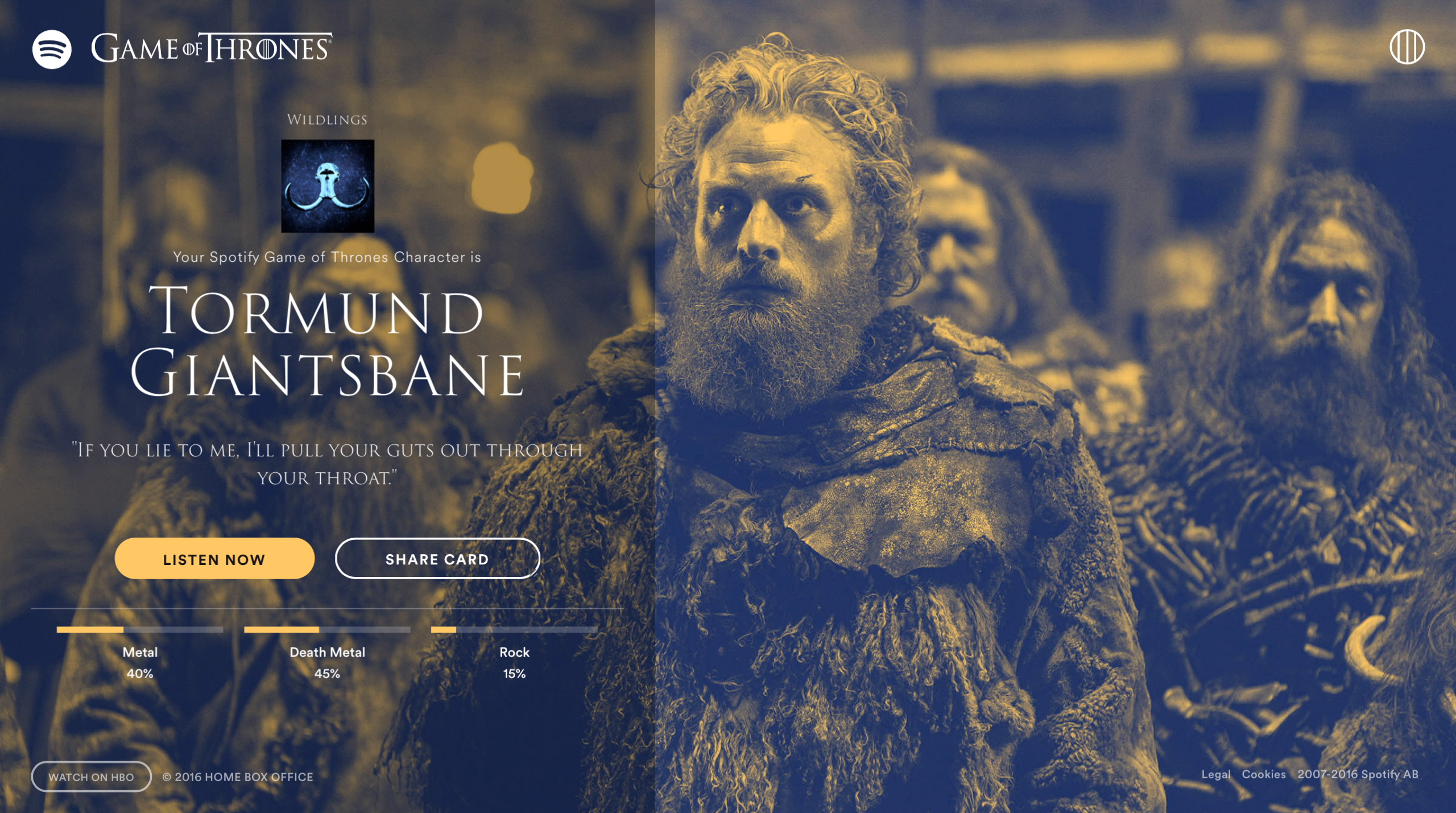 Once you’ve been matched, Spotify will even provide a playlist based on the character. Lord Varys is a big fan of Aphex Twin, and Ned Stark loves a bit of dad rock.

If fantasy isn’t to your taste, Spotify did exactly the same thing last year for Star Wars fans.