When Julianna Barwick describes her new album as “2015 in a nutshell”, it’s no exaggeration.

The experimental singer’s previous works often sound like transmissions from some other spiritual plane. The Magic Place, her 2011 breakthrough on Sufjan Stevens’ label Asthmatic Kitty, couldn’t have been more fittingly titled. The follow-up, Nepenthe, explored loss and grief and was named after a “drug of forgetfulness” from Greek mythology.

Will on the other hand is born from an entire year spent traveling the world. The journey began in the frozen isolation of upstate New York, dipped into Asheville, North Carolina — home of humid summers and the Moog headquarters — before a fall trip to Lisbon, Portugal — a city Barwick thinks of as a creative birthplace, a place where “her heart is”. In a serendipitous moment, she found Sufjan Stevens’ piano waiting there for her, the same piano she used on her breakthrough. It had travelled the world as well, before the reunion half a decade later. She finally returned home to Brooklyn to finish Will, the album which ties everything together.

Bringing in a few close friends as collaborators, Will expands Barwick’s distinctive sonic palette while reaching back to her singular, self-dependent roots. It’s more unpredictable than anything she’s made, featuring a pair of duets with Mas Ysa and a closing track which shatters any of the ambient tags she’s been weighed down by with a cathartic rhythmic surge from Chairlift drummer Jamie Ingalls.

I recently spoke to Barwick about the picaresque journey that formed Will, which you can stream in full below before its May 6 release on Dead Oceans. Also recommended is the Moog-inspired mix Barwick recorded for Moogfest earlier this year.

One thing about Will that immediately jumped at me was how much it shifts from track to track. With your old albums, I like how I’ll lose my place where I’m listening – you get lost in them. This one can be jarring in its own way. Was that something you intended or did it go that way as you were making it?

It happened along the way. I don’t want to say this is a completely disjointed record, but it pretty much is. It was made in so many different places and mindsets. It wasn’t like with Nepenthe where it was just like, “I’m in Iceland, I’m with Alex, here come the girls, here comes Robbie, we have five weeks.” It was all over the place and I had a lot of time to just make it, so it was kind of loose. The three different places I recorded it are completely unrelated, so it is kind of interrupted. It’s not as “flow-y” as my other records are, which were made in one place under a specified time. This was definitely 2015 in a nutshell, so it’s gonna be all over the place.

My friend has a house up there, I don’t even know what town it is. It’s in the middle of nowhere, takes like two-and-a-half hours to get there from New York [City]. I was there in February, then I did my Moog stuff in July [Barwick demoed a new prototype analog sequencer for Moog during last year’s FORM Festival in Arcosanti, Arizona], then I was recording in Lisbon in September. So three very different places.

Did you find those distinct environments coming through on the record?

Oh absolutely, because the upstate, February thing was very grey, very isolated — and when I say isolated I mean not seeing a human for a week. I’ve learned my lesson now, that is not my steez, so I need to stay away from that in the future. It was very grey, very snowy, very cold, very isolated. When I was at Moog in Asheville in July it was hot, I was surrounded by extremely friendly, awesome people. And then in Lisbon – Lisbon is one of my most favorite places on Earth and has some of my most favorite people on Earth, and I kind of feel I like I got my start there in a way.

Because of my friend Sergio who curates a calendar at ZDB, which is a club there in Lisbon and curates lots of cool residencies. He made the residency where Grouper came over and made Ruins, and he’s working with Angel Olsen right now. He likes to do a lot of really cool stuff and we have been super good friends ever since he was the first person to ask me to do anything outside of New York in 2007. I went over to Lisbon and he’d set up shows on National Radio and we just became the bestest of friends. It’s been a real ripple effect ever since Sergio invited me to Lisbon and I’ve been back like seven times.

So did you get a few songs done in Asheville, a few in Lisbon? Or was the overall project affected by each place?

They all started to kind of flow together. I’m not really counting Brooklyn as a “locale” because that’s just where I live and kind of zipped everything up, but once I got back in Brooklyn I recorded my friend Jamie on drums, put it all together and mastered it after I was in Lisbon last September.

You have a few people you worked with on this album — Jamie Ingalls, Maarten Vos, Mas Ysa — and it’s interesting because with your earlier works there’s this image of you working completely alone. Then Nepenthe was so intensely collaborative. What did those experiences bring to this? It seems like you’ve really gotten both extremes.

Yeah, before Nepenthe it was like 100% solo. No guests, no producers, no one listening to anything until it was completely done. So recording in Iceland with Alex was like the opposite extreme, and of course we had the Teen Girls singing on it with Amiina and Robbie from múm. It was the antithesis of everything I’d done before in literally every way, including environment. For this record I really wanted to go back to doing my solo style, bedroom style, but I’ve always had some of these things that are like secret wishes.

I’ve always wanted a male voice to sing with me, and I fell in love with Mas Ysa’s record Seraph last year, it was my favorite record of the year and I asked him to sing on it. Then I played a couple shows last year with Maarten and he’s so talented and we just hit it off as buddies and I always wanted cello on a record and there he is. Then third, I wanted someone to just rock out on drums and I asked Jamie. So these were all people I knew and really liked, so it wasn’t like rando, unfriendly studio stuff. It was people I liked and wanted involved and secret little wishes I wanted to come true for this record.

You’ve said before that you really like touring and traveling alone. When you do end up in a new place, what is it about just being alone and exploring that you enjoy so much?

I just really love the independence. I don’t respond well to authority, which is one of the reasons I like what I do. At the end of the day, I’m glad I made it from one country to the next in one piece and played a show. I like to count on myself for everything. Like if I’m missing an XLR cable, it’s on me. I do like to have people along on these trips, I’ve had family and loved ones with me for fun and that’s awesome. but I really do like to tour alone. 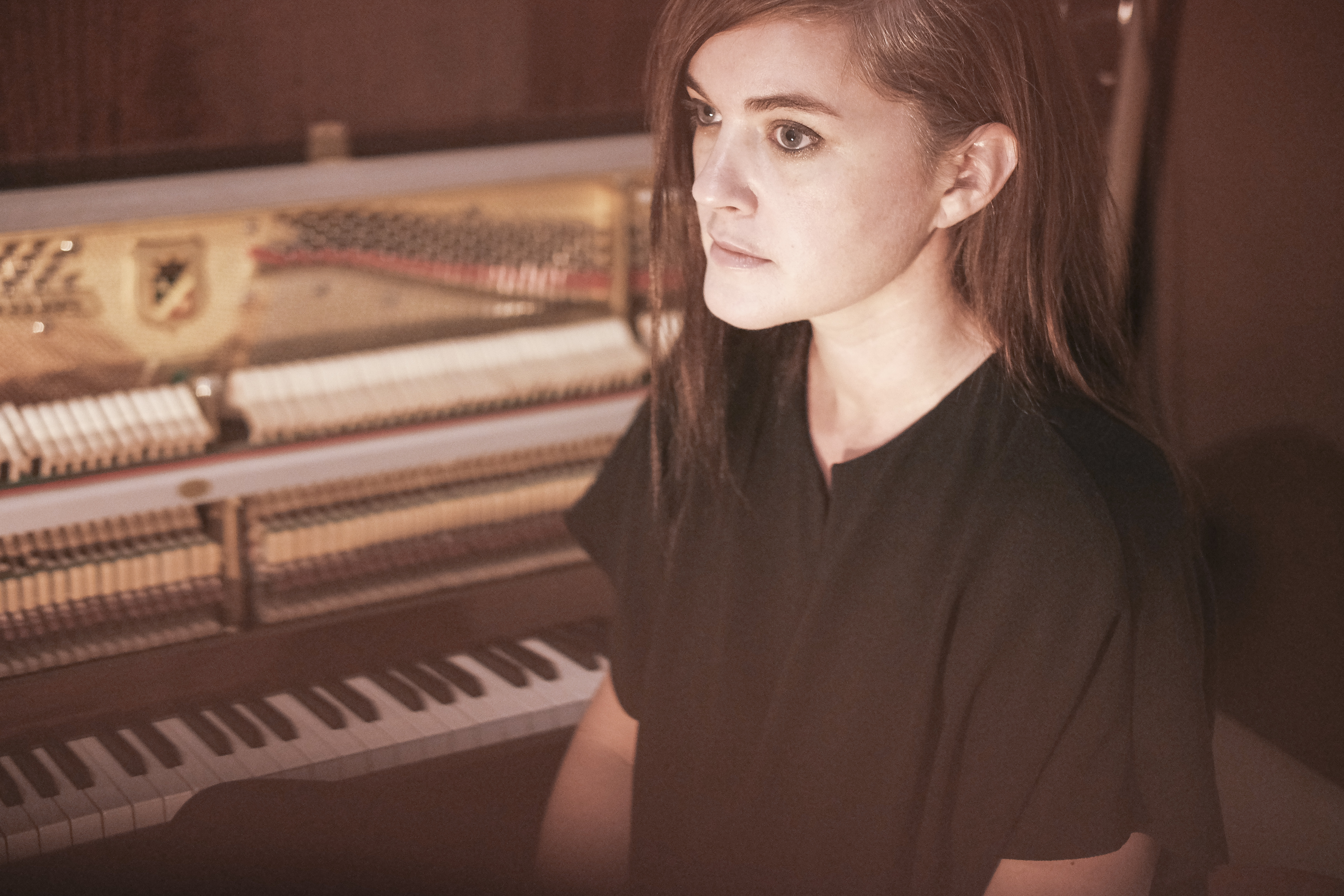 What was the best experience you had being where you were just alone and had no clue about the environment?

The first thing that pops into my head is being in Reykjavik and insisting on leaving a party alone. Alex was like, “Are you sure you know how to get home?” And I was like, “Yeah I sure do! I totally know,” and of course I didn’t. What should have been a 10 minute walk ended up being an hour and 10 minutes, and I was just looking for the ocean and the city and ended up walking through back alleyways and all kinds of weirdness trying to get home early in the morning. I ended up just walking along the ocean towards Reykjavik center. I just couldn’t believe it was real because the ocean was literally glowing. It looked like a lamp was underneath it and I just didn’t take my eyes off it while walking along wondering, is this real? And just thinking about how I ended up here and all that cosmic shit. That was a really intense, solo moment I’ll never forget.

When you go back, what are some of the things you recognize in the album that you can tie to Lisbon or Asheville – do you hear a certain melody or character that’s associated with each place?

Yeah definitely. The upstate stuff is in the piano themes on the record. I felt very isolated there and that’s the feeling I get. With Moog, I was recording with new instruments so I associate my time there with those kinds of instruments and a summertime kind of feeling. And with Lisbon, my heart is in Lisbon in many ways and my friends had just finished a studio the day before I got there. I dropped by to check it out because I wanted to finish my record in Lisbon, and I said I just needed a soundproof room with a piano in it. They were like, “Here you go, oh by the way, that piano was Sufjan’s and he left it here on the last day of his Age Of Adz tour.” And I was like, “Are you kidding me?!” Because I’m here in Lisbon, which means so much to me, and it’s Sufjan’s piano which was all over The Magic Place, so it was so weird and cosmic. It’s one of those things where it’s like, is this completely cosmic and insane or is it just a coincidence? But how can it be a coincidence? And it’s my last stop, it’s Sufjan’s piano, there’s still confetti in the strings, electric tape all over it.

Wow! Have you told him that story?

I think I did email him from Lisbon, just being like, “Hey, I’m playing your piano on my new record — again,” and he was like, “Oh my god, that’s so crazy, I remember we left it there.” It was just easier to leave it there than ship it back home, less expensive. So all kinds of little funny, personal connections that I’ve made through the years just kind of happened all there at the end. So weird.