The Social Festival has added a third round of names for this year’s festival at the Kent County Showground.

The last round of names saw Bicep, Hot Since 82, Joseph Capriati and hardware techno act Paranoid London added to the festival, which offers a boutique camping option as well as day and VIP tickets.

The two-day festival takes place across September 9 and 10. Full details and tickets can be found at The Social website. 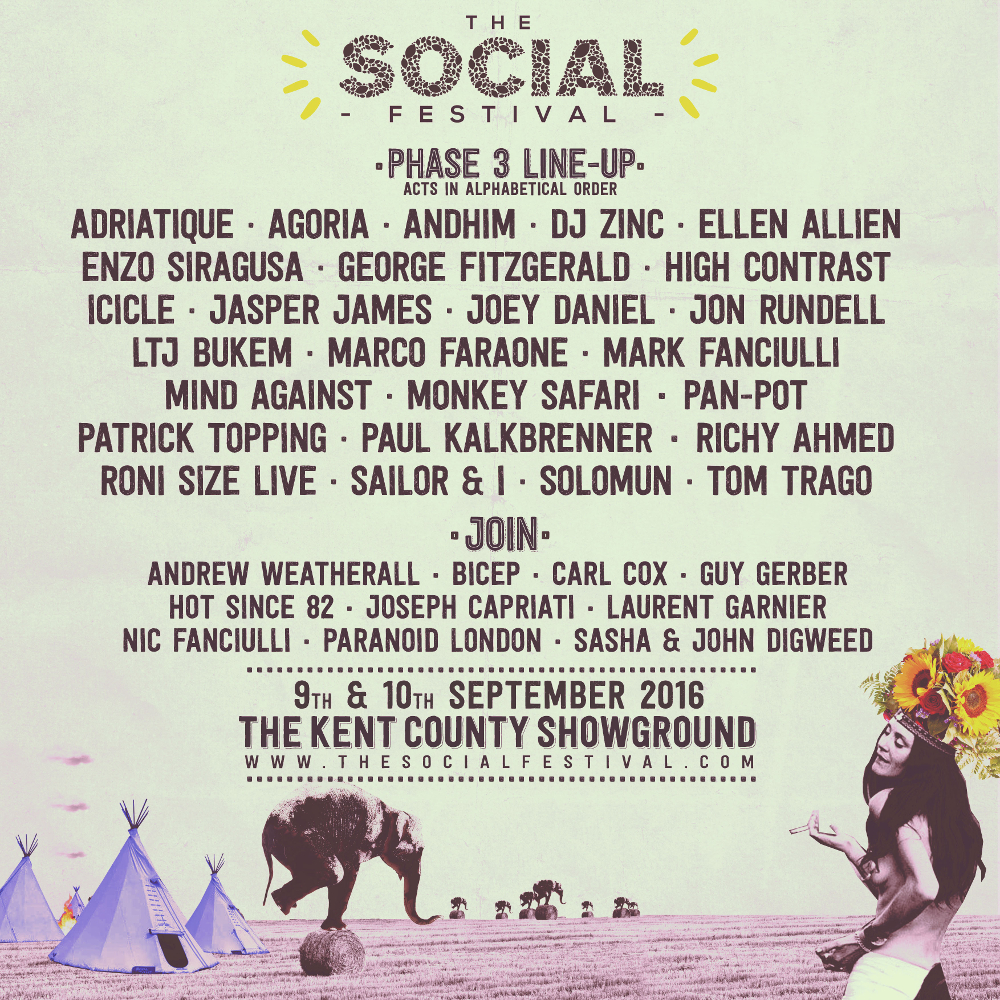