After Subeena: Producer Sabina Plamenova makes her best work as Alis with Corporeal

When Italian born/London-based producer Sabina Plamenova first caught our ears it was as Subeena, an exciting producer who knocked the hell out of a FACT mix five years ago.

Not long after this, Plamenova retired the Subeena moniker and returned as Alis. The new project showed her incorporating different melodies and taking meditative ambient turns and exploring her own voice – while still retaining the Detroit pulse she’s always handled so well.

Plamenova’s second album Corporeal shows how much she’s grown into her work and rapid artistic development that’s followed. The album captures the shifting period around her move from London to Berlin and appropriately pushes her (and her voice) through unpredictable turns. Some shimmer, like opener ‘Tales From Here And Now’ and ‘Come And Stay’, which brings to mind Julianna Barwick. ‘Lacuna’ has her weaving vocals through a Selected Ambient Works-style thump and closer ‘We Are Back’ ends that album at the rave.

Back when we first featured Subeena on FACT, we asked her if she’d ever make an album and how she’d approach one: “I see an album as a sort of representation of what you do and what you are in a way, so hmm..I’d probably have to take some time to think about it!”

Plamenova never made an album as Subeena, but Corporeal it feels like she is getting closer than ever to that kind of work she’s always envisioned.

Recently, we spoke to Plamenova about her production techniques and the influences behind Corporeal, which you can listen to in full below and grab via Plus100 Records on Bandcamp.

I read this quote about Alis being more tied in with you personally, where you grew up, where you live. It’s not just “music about music” as you put it. What is this album about to you?

The quote refers more to the fact that I had been neglecting other areas of life beyond music, the socialising around it, etc. You sometimes end up getting more influenced by your environment than you need or want to, so I just stepped back a bit for a while and started to not keep up to date with what going on musically on purpose, started focusing on learning other things, and so on.

The album is one of the two ‘fronts’ I work on. I have also been making tracks that are more vocal and rhythmic, which I try to think about in terms of dance, and then other more abstract ones. The latter are just more impulsive outlet of moods in my day-to-day life. The tracks on the album were made across a mid-to-long period of time, but I pretty much remember most of what was happening when I made them. It was while and after relocating to Berlin until pretty recently, so it’s a sort of closure to a period of transition. Also, it was always difficult to find labels or people that would be into this kind of thing (for me at least), so I am really happy that now more people will get to hear the tracks.

At one point, Alis was kind of this big leap since you were leaving behind Subeena, but now you’ve been doing Alis for even longer. How do you look back on that first project now that you’ve moved so far along with this one and have some distance?

Subeena was really concentrated for a relatively short period of time, but at some point it started feeling quite formulaic and tied to that specific period of time. I was thinking about it the other day, and probably I didn’t even need to change names after all. I think I felt like I was quite stuck musically at the time. Alis is this ‘thing’ through which I got more comfortable with making less placeable music, establishing that it’s fine to use weird vocals, add DIY videos, dance etc. It sounds cliche, but I used to feel quite confused about it all and what I was delivering (musically). Subeena made me eventually feel a bit claustrophobic, however on the upside it was pretty much my name, so it was definitely an easier name to be associated with. The distance is more time related, really. It was all new and cute and I was in London, whereas now I have a bit of a clearer picture of what I am trying to do, and am somewhere else. 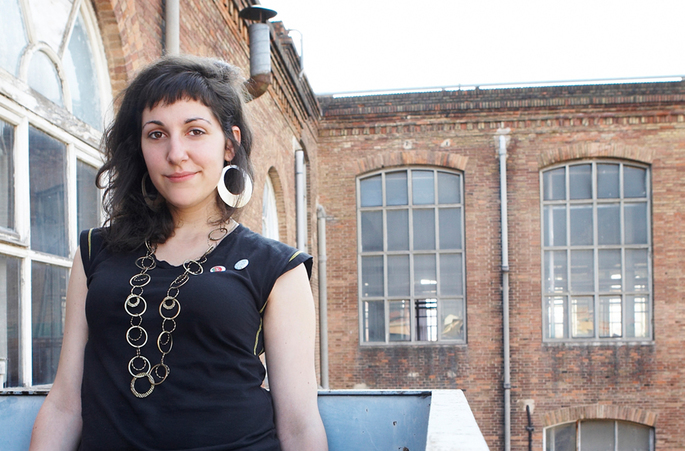 How did you envision putting this record together? Where did you work on it?

I didn’t really have a vision in the beginning, because I didn’t initially think of an album. It’s just music that I enjoyed making over a specific time frame. I think that what connects all the tracks is that I was finally ok with going about music more ‘shamelessly’ in using specific elements and moods. I always enjoyed working on tracks like those, but I had just assumed that there wasn’t enough room or interest for that kind of stuff. I was doing them for myself pretty much, so it was somehow more playful.

I figured out that this kind of music was good for my mental health and something I enjoyed doing, so I kept working on both those ones and the more vocal tracks at the same time. I worked on the music on Corporeal mostly in Berlin, although some of the tracks were started during a trip to Sofia, while I was about to relocate from London to Berlin. I then re-edited them in Berlin, except for the one with Balkansky.

What up next for you this year once the album’s out?

In the near future I have to start working on my next AV mix, and finish an EP of my vocal/more percussive music. I think I might have another EP more on the side of the Corporeal tracks coming out. Then I will keep on doing my dance training and finish my live show.