James Blake’s The Colour in Anything will be released tonight

The wait is almost over.

Earlier this week, it was confirmed that James Blake’s third full-length LP will be called The Colour in Anything – perhaps a nod to CMYK? – and will feature artwork by Roald Dahl collaborator Sir Quentin Blake. The title and artwork were debuted on murals in Brooklyn and London. The album will be released at midnight GMT.

Blake debuted Justin Vernon collaboration ‘I Need a Forest Fire’, as well as ‘Radio Silence’, which is was previously believed to be the title of the album and which Blake performed live at festivals last year. It is one of 18 tracks on Anything, which Blake described as a “journey” earlier today to Annie Mac on Radio 1. Recording “started in England,” told Annie Mac. “Eventually when I ran of steam a little bit I went over to America and did some sessions at Shangri La with Rick Rubin.”

‘Radio Silence’, which is the first he wrote for the album, veers into an interesting territory for Blake, invoking ’80s sci-fi/horror and John Carpenter with the synths. While it runs like what you’d expect from Blake, it’s hued a bit darker.

Hear ‘Radio Silence’, ‘I Need a Forest Fire’ featuring Bon Iver and ‘My Will Heart’ and see the album art and tracklist below. 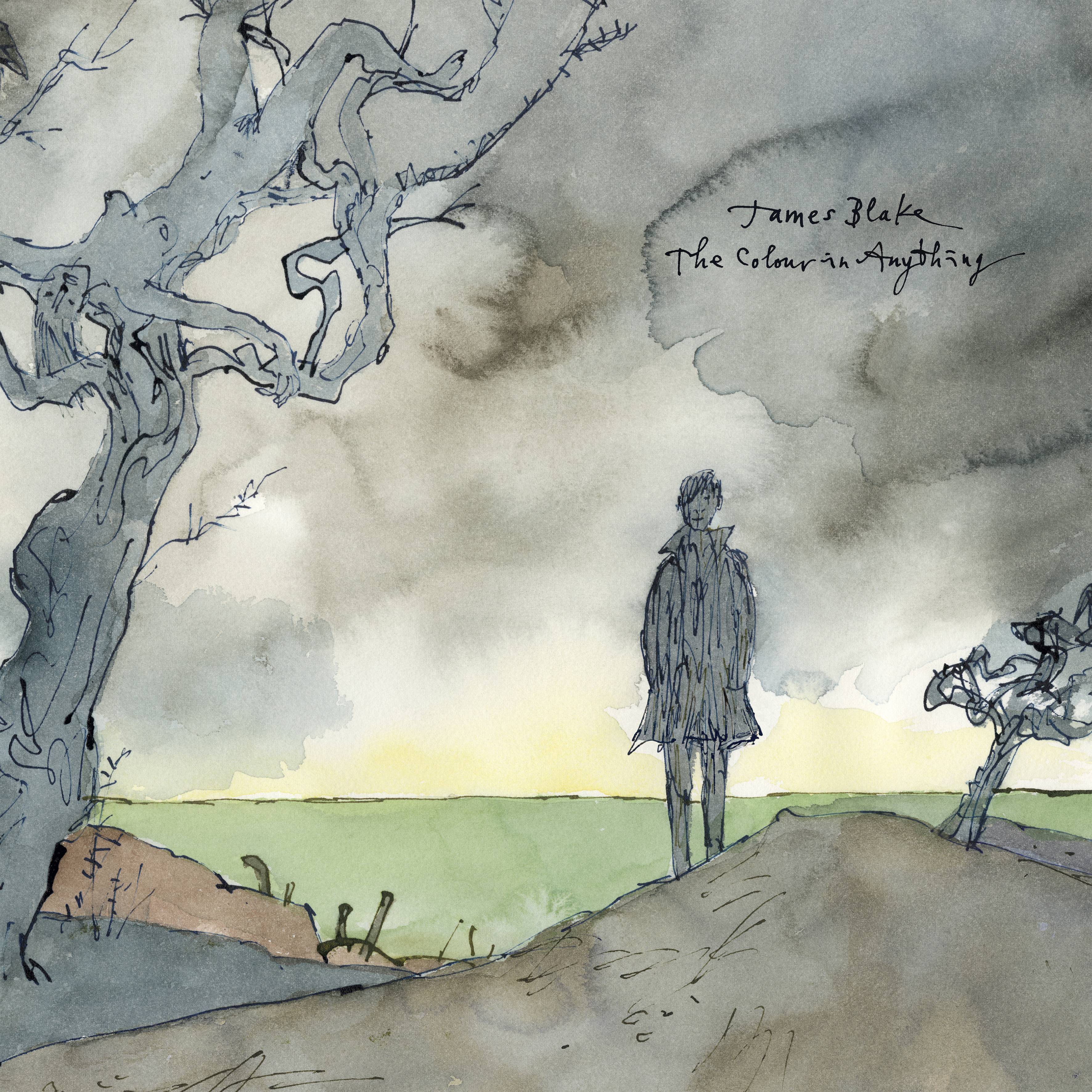 The Colour In Anything. Released this evening at midnight (bst)