Raime and Death in Vegas to play Berlin Atonal 2016

The first names have been announced for this year’s Berlin Atonal festival, with Blackest Ever Black duo Raime and Death in Vegas among the acts on the line-up.

Taking place once again at the city’s Kraftwerk venue, the bill is largely made up of specially commissioned projects, collaborations and one-off performances together with installations.

As well as the premiere of a live A/V collaboration between Death in Vegas and actress Sasha Grey inspired by their mutual love of Throbbing Gristle, Coil’s Drew McDowall and Roly Porter will also showcase new live A/V shows.

Other acts from the world of techno and avant-garde electronics include former Emeralds member John Elliott’s Imaginary Softwoods project, Alain Paul and Tommy Four Seven’s These Hidden Hands duo and Raime, who return with their second album this year.

This year’s event takes place from August 24-28, and will once again see the music continue on the Stage Null after the main stage programme ends. Berlin Atonal have also added a third room for A/V projection art.

More artists are to be added in the coming months. Early bird tickets are now on sale via the Berlin Atonal website. 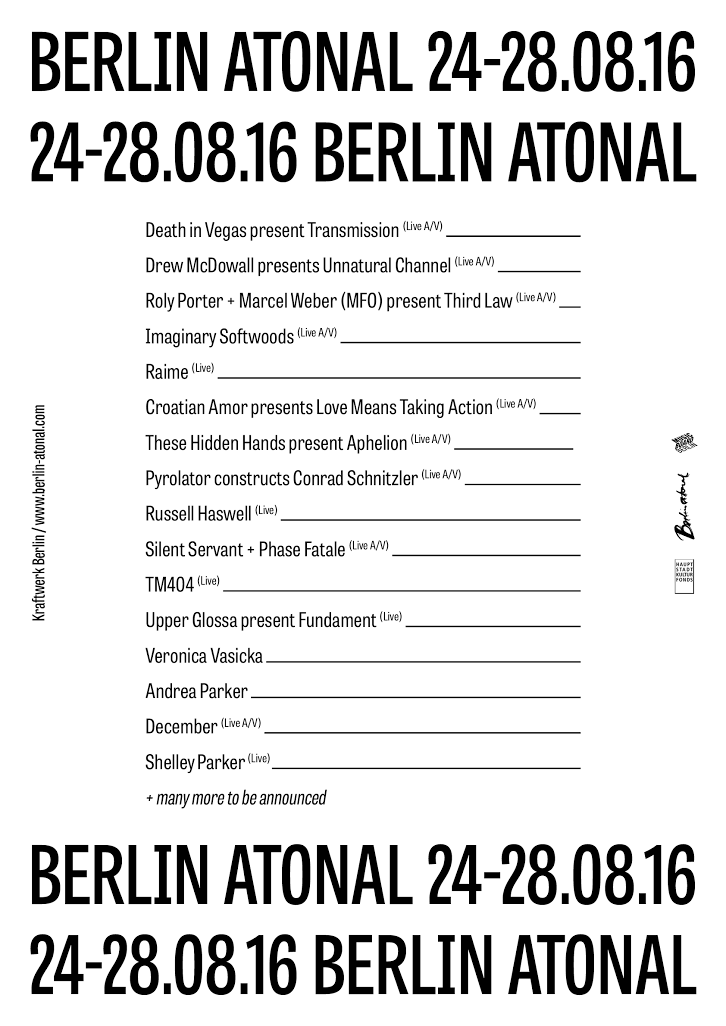