London DJ and Radar Radio resident Amy Becker has got four of her favourite producers to remix four tracks for a forthcoming vinyl EP.

The compilation started out when Becker asked Logos if she could release his remix of Apple’s UK funky classic ‘De Siegalizer’. The release then expanded with Becker thinking about tracks she played regularly and getting remixers “that wouldn’t be obvious choices, loosely based on a narrative that mixes both the upcoming and the established,” as she explains over email.

As well as Logos’s contribution, the RMX EP features a Scratcha DVA remix of Endless and Bala Club artist Kamixlo, YGG’s take on Sir Spyro’s ‘Side by Side’, and a Deamonds transformation of UTTU boss DJ Haus’s ‘Hot in Dis MF’.

Becker has also hired photographer Vicky Grout and designer DK to collaborate on the record’s artwork, which sees Grout’s pictures torn up and reassembled into a striking collage. She’s also commissioned two videos to accompany the release, with Scratcha DVA directing one for his remix of ‘Mata Lo’ and Radar Radio’s video team taking the helm on YGG’s ‘Side By Side’ video, which is premiering below.

FACT spoke to Becker to find out the story behind the EP, and quizzed her on her new Dalston club night and plans for the future.

Your first compilation, TRX, was made up of all original tracks. Why did you decide to put out a remix collection this time around?

I worked on the TRX compilation and zine while I was in my last year of university and it was a collaboration with a label. A conflict of interests made the process pretty complicated and let’s say it was a learning curve in terms of how to successfully manage a project. This time I wanted to create a new concept altogether, and now that I’ve graduated I was able to dedicate all my time to it while having full creative control. The idea of linking together some of my favourite artists and seeing the results was exciting, especially as I love playing out the original tracks. I often find getting my hands on special VIPs or edits of known tracks more satisfying than discovering new music, and I wanted to put something out that gave people that same feeling.

What’s the story behind the different remixes and remixers you picked?

About six months ago I hit up Logos to see if he’d be up for me releasing his remix of Apple’s UK funky classic ‘De Siegalizer’, a dub that I had been playing out for a year or so. He was down and that’s where the idea developed from. I thought about other tracks that I play regularly and who I could invite to remix them that wouldn’t be obvious choices, loosely based on a narrative that mixes both the upcoming and the established.

Spyro is untouchable when it comes to grime production and I’ve seen ‘Side By Side’ turn countless crowds upside down. YGG (PK, Saint and Lyrical Strally) are a fresh-faced crew I was introduced to at Radar and I’ve always been impressed by their raw talent and the fact they are completely independent. The track was done in one studio session and I challenge anyone to resist wheeling it after PK’s first eight bars.

I’ve had an interest in Kamixlo and the Bala Club movement for a while now, and out of all of the heavy distorted reggaeton they’ve released, ‘Mata Lo’ stood out to me. I sent Scratcha DVA a few tunes that I had in mind for him to remix for the project, and Mata Lo was the one that made him call me to say “yep I could fuck up this track.” A month later the track was well and truly fucked up and Scratcha was calling me from his cave/studio to tell me his idea for a video for it that involved a middle-aged white man, a gimp mask and Peckham Rye – coming soon…

I’m a massive fan of Unknown To The Unknown and the ethos of the label fronted by DJ Haus, so it was a dream come true for me to have him on board. I regularly sit and talk to Alex Deamonds for hours about music and everything we hate about the industry lol, and their passion for house and garage makes them a perfect match. I asked Alex to listen through all the old ‘Thug Houz Anthems’ releases because they were the records that made me fall in love with UTTU. He decided to put his stamp on ‘Hot In Dis MF’ and the result is a banger! 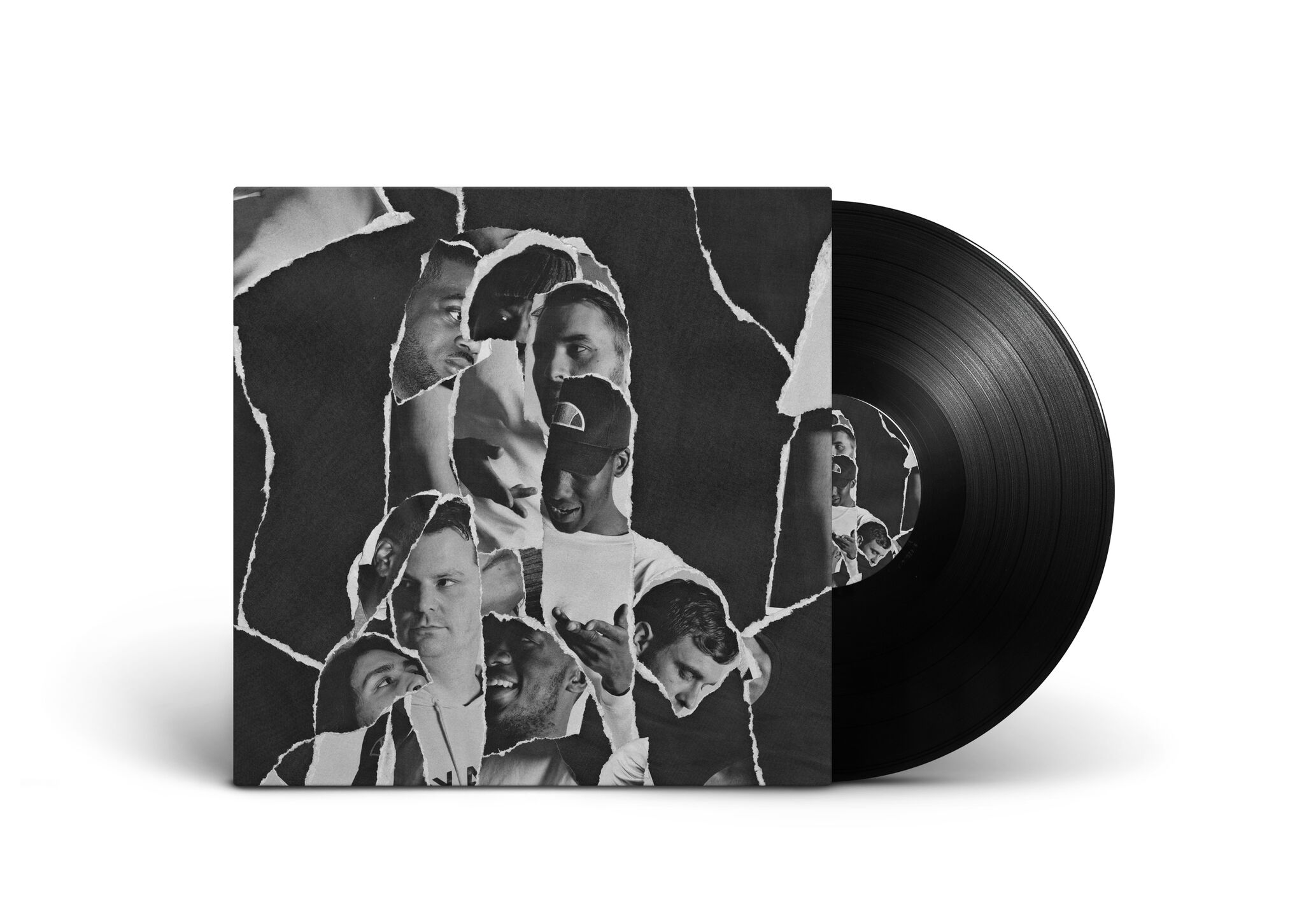 Why did you decide to get Vicky Grout and DK to collaborate on the artwork?

I wanted there to be visual aspect of the project in a different format to the TRX compilation, but instead of a zine I thought it would be cool to incorporate photos of the artists involved into the cover art. You can’t test DK when it comes to artwork and Vicky’s dedication to her craft is extremely commendable, so I thought bringing together her talent with David’s outside the box approach to creativity would result in something magical. The three of us met up in a studio to shoot the artists, and DK came up with the idea of physically ripping up Vicky’s photos, which I thought was sick as it metaphorically represents remixes. DK spent an abundance of late nights in the studio ripping up everyone’s faces and sending us draft upon draft until we finally had the finished version, which I think coupled with the blue textured back and typography is really eye catching. I can’t wait to hold it!

Do have any plans for further releases in the near future?

I underestimated how long a release like this would take to materialise, from the initial idea to sending to press – and I don’t think it’s something I could physically do more than once a year! Seeing it all come together is super rewarding, and I would like to release a RMX EP with the same format every year. I don’t have any desire to start a label at this point; I’m content with focusing on my career as a DJ for now and curating these projects when I have time.

What prompted you to start Acrylic, your new club night in Dalston?

I wanted to start a night that showcases an eclectic range of artists, which sort of bridge the gap between cool and fun – nothing too pretentious. It’s important to me to shine a light on some of the talent on Radar who don’t really get the recognition they deserve in terms of the wider UK club scene, and we all support each other like one big family. For the first Acrylic I had BBC AZN Network, YGG and Kamixlo as well as Jack Dat and Alia Loren. Total Freedom, Arca, AJ Tracey and Big Zuu rolled through which made it my perfect night – bringing together people from different scenes. The next one is July 1 at Birthdays with Murlo B2B Florentino and Shy One. Say what you want about Dalston but you can’t beat a good Friday night on the strip! 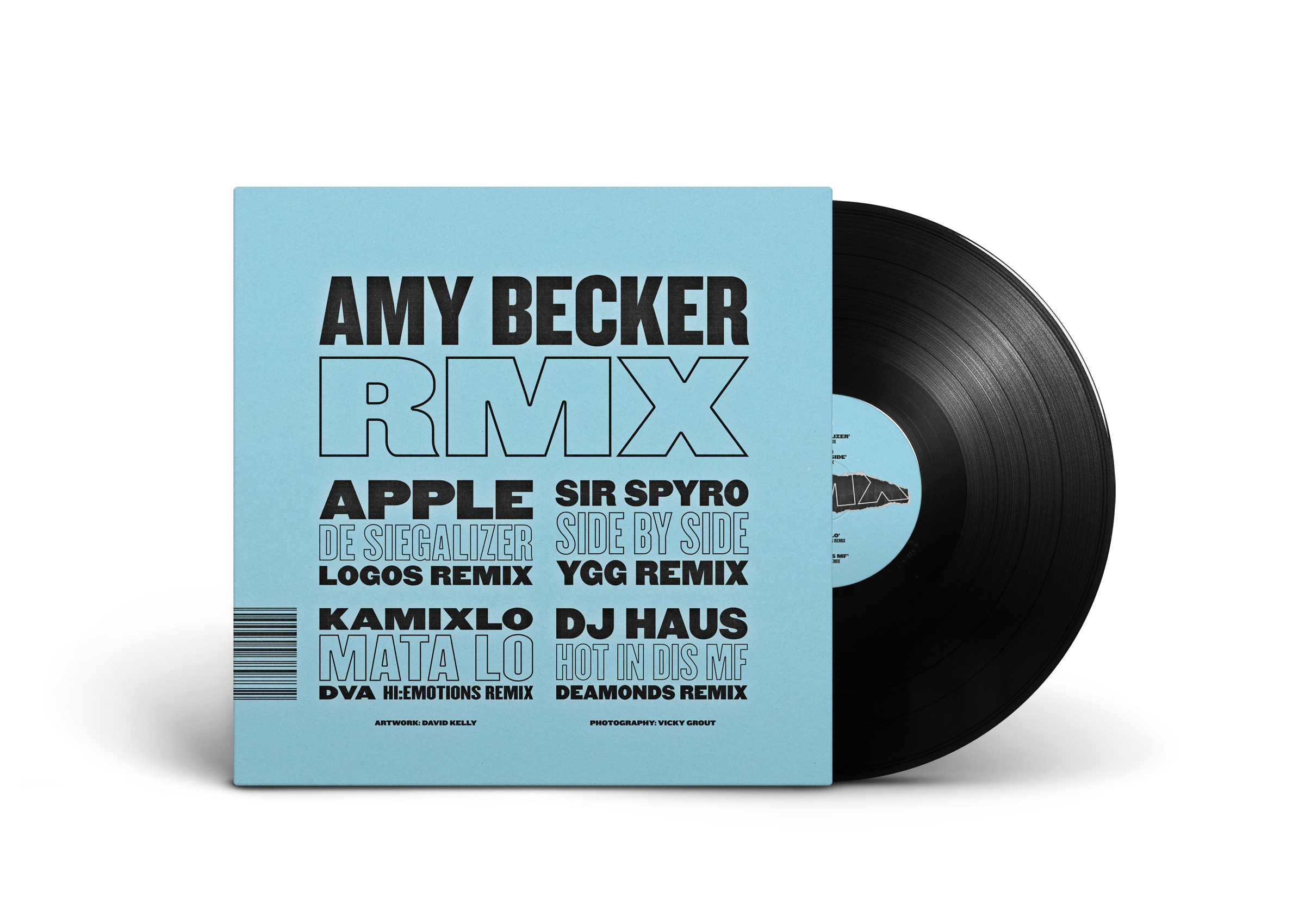 RMX is released on June 17 – pre-order a copy from Amy Becker’s website.