You might not recognise the name, but Oliver Coates has just dropped one of the best albums of the year.

Upstepping sees the UK musician fuse electronic arrangements with elements of deep house, techno, ambient and rattling footwork in a gorgeous collection of minimalist dance tunes. But what may come as a surprise is that he’s a classically trained cellist who graduated from the Royal Academy of Music with the highest grades in the institution’s history. Upstepping is crafted entirely from chopping, distorting and reworking sounds from his cello, creating music that evokes the stark landscapes of Autechre (a group he’s been obsessed with since his teens) as much as the disco experiments of his closest comparison, avant-cellist Arthur Russell.

2016 is set to be Coates biggest year. As well as the release of Upstepping and programming a weekend of “deep minimalism” performances at the Southbank Centre, his work as part of with the London Contemporary Orchestra has formed the backbone of the new Radiohead album, A Moon Shaped Pool. The LCO’s interpretation of Jonny Greenwood’s orchestration created the rhythmic drive of ‘Burn The Witch’ (made by “picking up a plectrum and just twatting the cello”, he says) while their work on ‘Daydreaming’ was hailed by Thom Yorke as “the sound of the album”.

Coates has worked with Greenwood before, playing on the Radiohead guitarist’s soundtracks for Paul Thomas Anderson’s films There Will Be Blood and The Master, and he also collaborated with Mica Levi on her award-winning score for Under The Skin, a relationship set to continue with a collaborative album later in the year.

This impressive resume is still the tip of the iceberg. Coates has also found time to collaborate with Actress, Massive Attack and DOOM, release an album with Eno collaborator Leo Abrahams (Crystals Are Always Forming) and a solo LP (Towards The Blessed Islands), and serve as the Southbank’s artist in residence.

As a child, Coates found the didactic structure of music lessons uncomfortable, and moved through teachers at a startling rate, doing his own thing and never waiting around to be told what was acceptable. This wilful idealism has stayed with him throughout his career, helping him straddle the worlds of classical and contemporary music with ease. In person he possesses a slight, self-effacing manner and an infectious passion for his work.

I sat down with him on the day of Upstepping’s release to talk about “pumped up body music”, why he’s not really a classical musician, and what it’s like working with the biggest band in the world.

“I remember laying down the cello at the end of ‘Daydreaming’ and Thom said, ‘That’s it – that is the sound of the record'”

You come from a successful career in the classical world, so where does your love of electronic music come from?

I was a cellist for hire for a long time and aged 19 I was playing on a cruise ship. I played the kind of stuff that’s very pretty and has conservative values – a coiffured, normcore version of classical music. But I was obsessed with glitchy sequenced percussion, very dry stuff with no melodies and a mathematical harshness. So when I got back to my cabin, my catharsis was to load up Renoise and create my own songs.

Even so, Upstepping feels like a paradigm shift in your sound – how did it come about?

Steven Bass who runs Prah [Coates’ label] knew I’d made some distorted, fast tempo music, just stupid stuff. But he thought it was great so he asked me to do a cover of ‘Another Fantasy’ by Bryce Hackford and I decided I’d give it a go just using the cello. It came together quite quickly and people reacted positively, so Steve was like, “let’s make more of this”.

It seems astonishing that you’ve created all the tracks on Upstepping with a cello – how do you even begin to achieve the sound you wanted?

I wanted to make a record of bedroom dance music and the idea was to limit the vocabulary to the cello and the microphone. But the idea of just using a cello to do that seems corny to me, I mean you can’t just expect to knock on the back of the thing and emulate the snare rushes or drum programming you’d hear on a pirate radio station. So without access to 808s and 909s, you need to break down the function of a hi-hat, the kick drum and the snare, looking at where they sit in the frequencies of a track.

To create drum sounds and melodies I kept sampling myself over and over again, then I’d take those sounds and chop them up, distorting them until they start to sound convincing. You go into this mode of snipping, recording, sampling and moving everything around. It’s all trial and error, you’re just in the relentless pursuit of something and you hope it works out, but there’s no real plan.

Your work with the London Contemporary Orchestra has taken you to some interesting places – most recently you’ve worked with Radiohead on A Moon Shaped Pool. What’s it like working on such a highly anticipated release?

I’ve worked with Jonny [Greenwood] before, so on the morning of the recording I just thought it’d be another session: we’ll put down some chords and it’ll be fine. But it was so much better than I could have imagined. Nigel [Godrich, long-time Radiohead producer] Jonny and Thom all have this awesome relationship, and were so animated during the recording. I remember we were laying down the cello part at the end of ‘Daydreaming’ [Coates mimics the cello sound with a low harrumph] and Thom said, “That’s it – that is the sound of the record.” I think it’s turned out really well, but there’s so much on my hard drive which they’ve had to cut, loads of Jonny’s scored stuff and so many more choral parts. 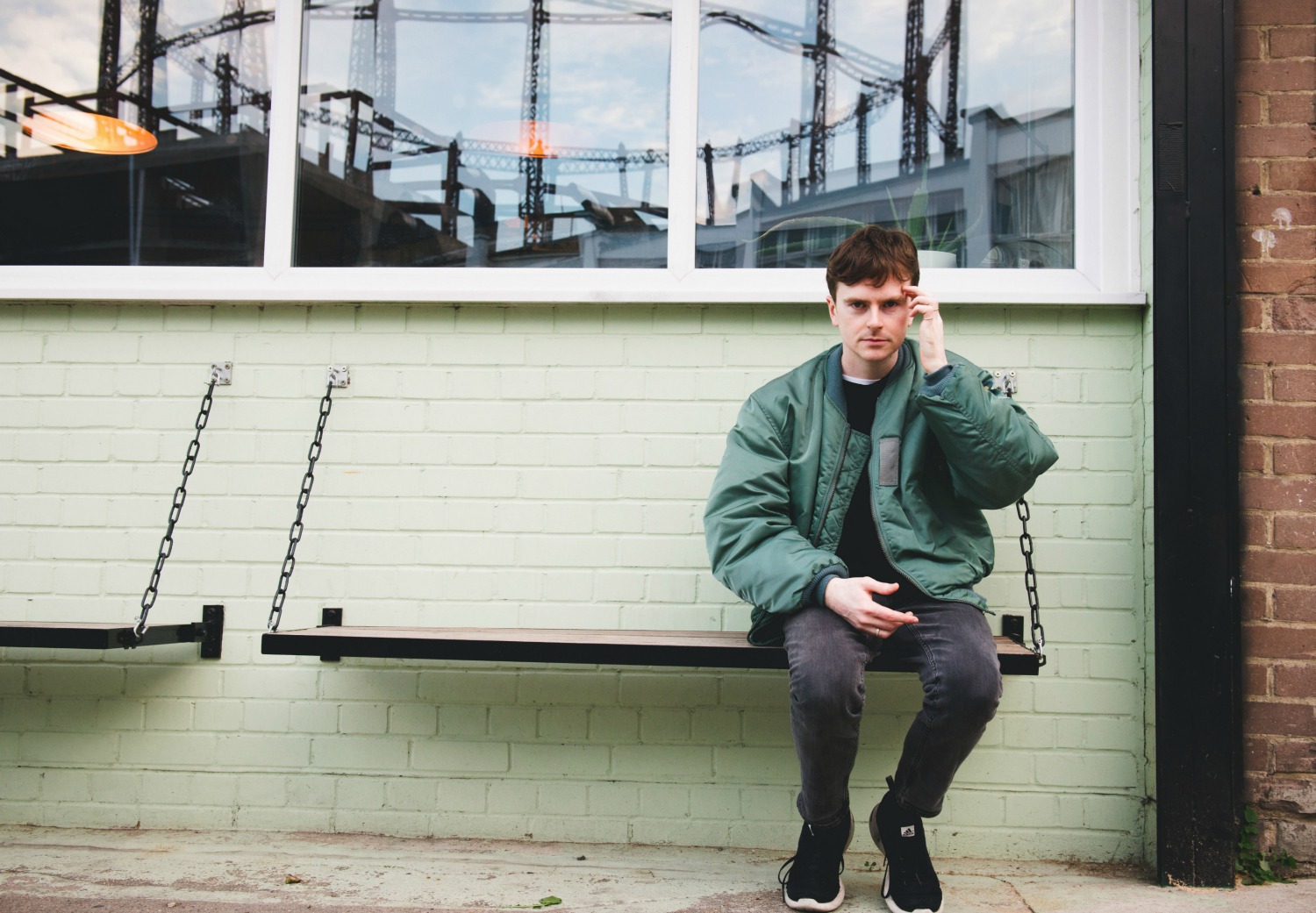 Have you had a chance to speak to them about it since the day of the recording?

I sent a really fawning email to Jonny the next day, saying that if he and the band were pleased with the intensity [of the recording], it’s because when our brains were forming and we looked for a definition of what intensity was they were one of the groups who gave it to us. I mean, when I was 15 and going to see Radiohead play live, I was sponging off their sound. So while they might not realise it, they got what they needed from us because they put it out there in the first place.

There’s a lot of barriers between different types of music, a lot of standoffishness and coolness, but when you break it down no one really knows what they’re doing, everyone’s just hedging their bets. And Jonny’s so shy with the pieces he composes, so I was just trying to say, “This is amazing.” Of course he was like [laughs] “…Great, thanks.”

Getting back to your album, you’ve described the sound of the album as “pumped up body music” – can you talk about what that means to you?

Did I say that? [laughs] Well, I guess on Towards The Blessed Islands the harmonics are quite rich, it was all sustained, lush, drone-based stuff. And while those were the pieces of music I cared about most at that time, I started to feel like everything I made was quite cerebral. When I played live everyone would sit down and approach the gig quite intellectually, but music is about the body, it’s a primal, biological thing. Also, I did some gigs with the American composer Peter Zummo where I was standing up, and I found it affected my decision making because I was freer to move. So I guess I’m questioning the role of the cello and the way it’s viewed as a cerebral instrument.

With so many of the new tracks chopped up, distorted and built from samples, how exactly are you planning on performing it live?

I’m working on it now. It’s challenging because you can’t just put classical harmonies and a beat together and think, oh, that’s going to be fine. Classical harmony is about balance and things moving in contrary motion, but rave harmony is about euphoric richness – it has a brazen quality in the way it moves. I think the key to the live experience is to play the cello with a rise and fall influenced by rave culture, to create melodies and double them at the third, fifth and seventh. It’ll be on a knife edge, but I really like that, because it might go wrong but hopefully I’ll end up with something beautiful.

Do you ever feel out of your comfort zone, coming from a classical background?

I’ve been obsessing about music since I was little, but nobody ever told me I was a classical musician. In classical music you get told this is what an orchestra is, or that’s what a press photo is supposed to look like, but I’ve always been one to reject those templates.

Why do you think those templates are sustained in the classical world?

I think at their core of is a sort of conservatism that says this old canonised music – which is a sexist canon and a white canon – has the right to be supported at any cost, even if it’s making a loss. And I don’t fundamentally agree with that. I mean I agree it’s musical genius, but you have to make the case for it and play it well, there’s no de facto benchmark of quality. I mean, there are so many great musicians outside of the mainstream doing amazing work which a community could get behind.

My main concern right now is being a writer and using the cello as a conduit for the music, because all of the classical pieces I love still inform me in the present and will continue to inform me in the future, but they won’t anchor me to the past.

Read this next: How do Radiohead’s resurrected songs on A Moon Shaped Pool compare to the originals?