If you’ve ever wondered what a mix entirely made of locked grooves would sound like, you’re in luck this week. There’s also a monster electro mix recorded in the heart of Drexciya’s natural habitat, meditative ambient from Laraaji and Tinder-inspired techno from Machine Woman.

It’s been quite a newsworthy week for ambient fare, with Moby sharing four hours of “really, really, quiet music” and Norwegian veteran Biosphere announcing the vinyl reissue of his 1994 classic album Patashnik. Then there’s the ambient guru himself, Laraaji, who graced the NTS studio with his celestial presence on Tuesday for a special live-streamed session of his meditative, cloudy, zither-led drone. The pigeons in Gillett Square never looked so cosmic.

Following the release of her killer Genau House record, FACT one to watch Machine Woman delivers a 40-minute mix of original material. Titled ‘A Tinder date with Bruce’, it’s a tongue-in-cheek introduction to her world of failed romance, minimalistic house and clattering mechanical rhythms. One for the Berlin dreamers. 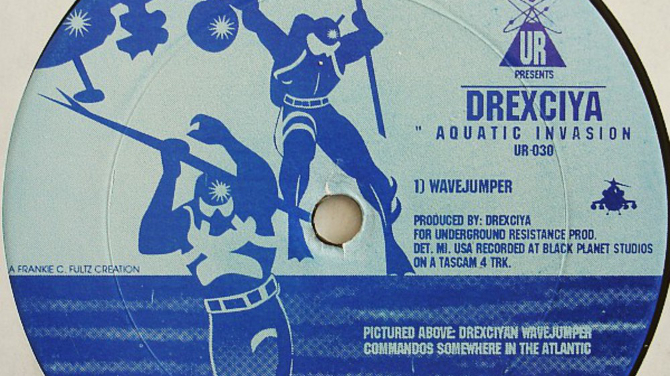 It doesn’t get much better than this: a 54-track mix of Drexciya and related electro recorded in the heart of Neptune’s Lair. OK, it was actually recorded by the pool at Butlin’s in Minehead at the recent Bloc Festival, but Alex Downey’s done the undersea duo proud, throwing in tracks by Egyptian Lover, Der Zyklus, Objekt, Anthony Rother and DMX Krew for good measure. [Download]

Locked grooves are a handy tool for transitioning between tracks, but would you want to make a whole mix out of them? Massimo Carozzi has, and the results are better than you’d imagine. Rather than just picking out the 4/4 techno grooves, Carozzi brings in  radiophonic pulses, jazz and ambient textures to create the kind of thing best listened to zoning out on a long train journey.

Brazilian hip-hop rarely gets the attention it deserves, but this three-hour vinyl-only mix from one of São Paulo’s scene originators, DJ Nuts, temporarily lifts it out of the shadows. Tracing the history of ‘rap nacional’, which according to the DJ began in 1980 with Miele’s ‘Melo do Tagarela’, the illuminating blend stretches up to 1993, when hip-hop was arguably at its peak. Along with a great selection artwork and tunes, there’s also some pithy commentary offered from Nuts. A tip of the hat to The Vinyl Factory for this one.