Band’s new album and concert film One More Time With Feeling will be released in September.

Nick Cave and The Bad Seeds have confirmed details about their forthcoming new album and concert film. The LP, which is the follow-up to the band’s 2013 record Push The Sky Away, will be titled Skeleton Key and is set for release on September 9 – but the first opportunity fans will have to hear any of the record will be when the film One More Time With Feeling is screened in more than 650 cinemas across the world the day before on September 8.

Directed by Andrew Dominik (whose 2007 film The Assassination Of Jesse James By The Coward Robert Ford featured a soundtrack composed by Cave and fellow Bad Seed Warren Ellis), the film will combine footage of the Bad Seeds performing the album with interviews and narration from Cave himself. According to the press release accompanying the announcement, it will delve into the “tragic backdrop of the writing and recording of the album”, which will be the first since Cave’s teenage son, Arthur, died after falling from a cliff last year.

The Bad Seeds started work on Skeleton Key, which will be their 16th studio album, in 2014 at Retreat Studios in Brighton before further sessions took place in 2015 at La Frette Studios in France. It was previously revealed that the band would not release any singles from the LP before its theatrical debut to ensure the film is “the first medium through which anyone anywhere will be able to hear & experience the songs”. 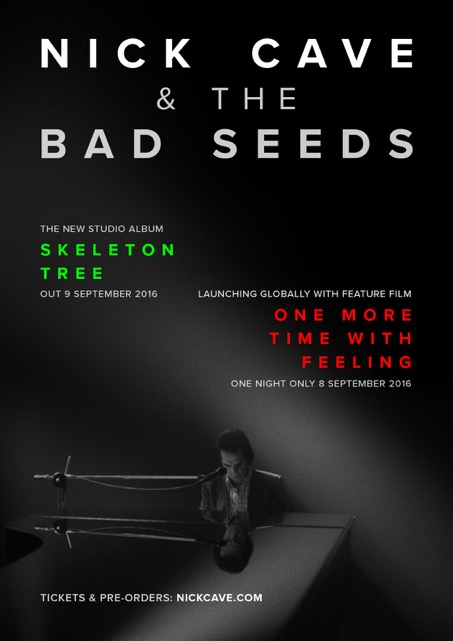