As do TV On the Radio, Miguel and many others.

The week in Music vs. YouTube continues, as the petition calling for better digital copyright laws signed by Vince Staples, Paul McCartney and more has finally been unveiled.

Some of the artists joining them are Pusha T, David Byrne, deadmau5 and Yoko Ono and range as far as Katy Perry and John Mayer to Kenny G and Idina Manzel. (Trent Reznor and The Black Keys are also both, of course, present.)

The petition, which was also signed by ASCAP, the Recording Industry Association of America and other major corporate music entities, beseeches Congress to reform the Digital Millennium Copyright Act so that it protects artists and other creators from illegal uploads to sites like YouTube.

Check out the full petition below, via Yahoo, which will run as an ad in different Washington D.C. outlets until June 23. 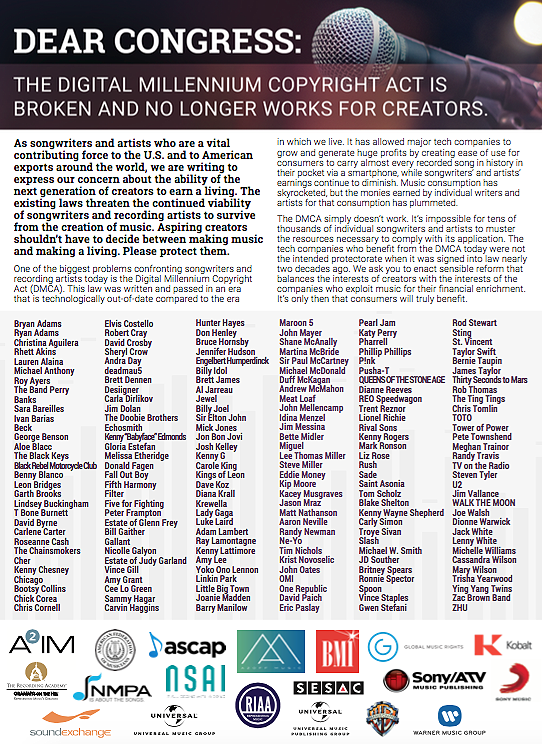