Cypress Hill and the Cocteau Twins also get reworked on the eight-track release.

Experimental duo patten have released a compilation of edits for free download, featuring reworks of Rihanna, Boards of Canada, Death Grips and more.

Despite its name, RE-EDITS Vol. 2 is actually the fifth collection of edits to come from the Warp act after four similar compilations released in 2014. None of them have followed a conventional numbering system.

As XLR8R reports, the free compilation also includes reworks of Cypress Hill, Tim Hecker, Julianna Barwick and the Cocteau Twins and is accompanied by a series of videos with visuals courtesy of 555-5555. 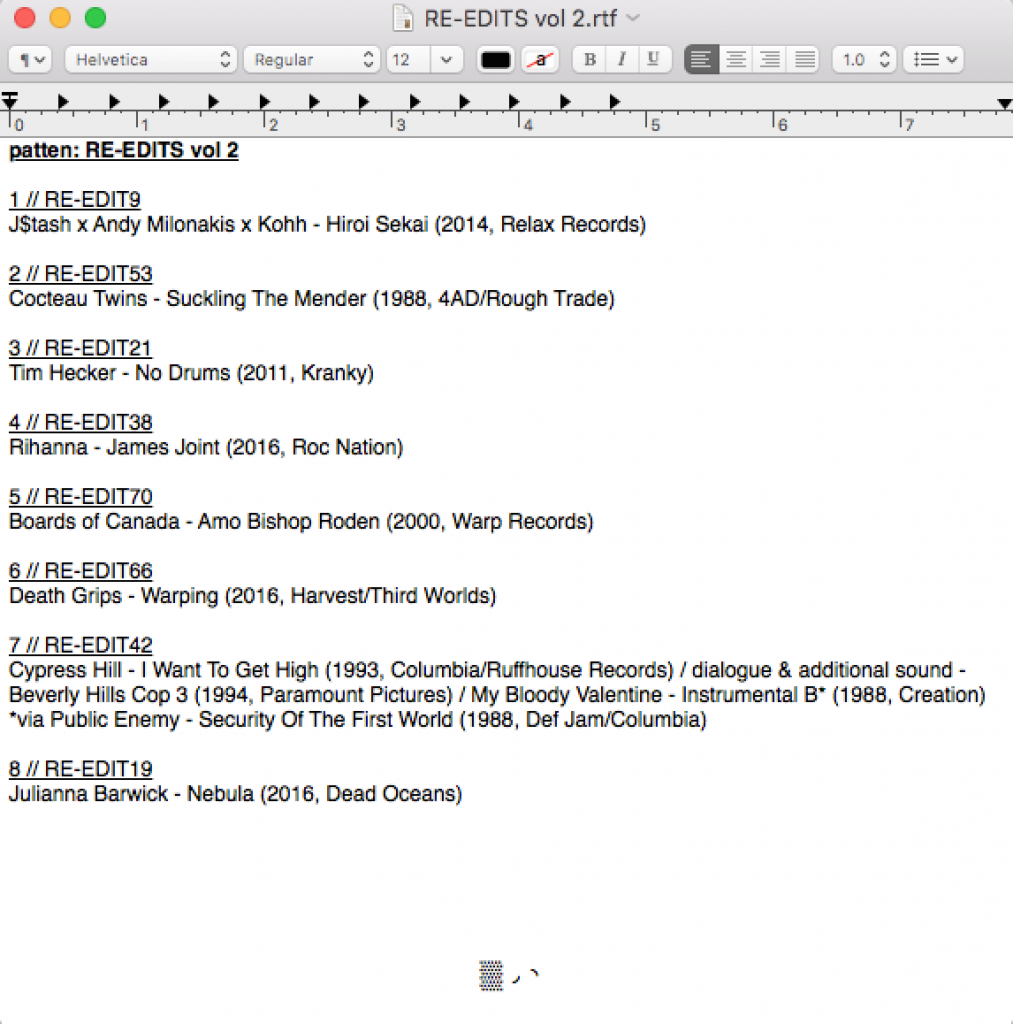