Beyoncé: “We don’t need sympathy. We need everyone to respect our lives”

The singer releases a new statement in the wake of police killings.

Beyoncé has released an open letter about police brutality and racially-fueled violence in the wake of the killings of Alton Sterling and Philando Castile.

“We are sick and tired of the killings of young men and women in our communities. It is up to us to take a stand and demand that they ‘stop killing us’,” she wrote on her website asking for an end to the “war on people of color and minorities”.

She asks people to stand in support against “anyone who believes that murder or any act of violence by those who are sworn to protect us should consistently go unpunished,” while emphasizing her message is not directed to all police officers, but “toward any human being who fails to value life”.

She signs off by asking people to channel their anger and frustration by contacting politicians and district legislators to demanding political and social change.

Read the full statement below and read more responses from artists here. 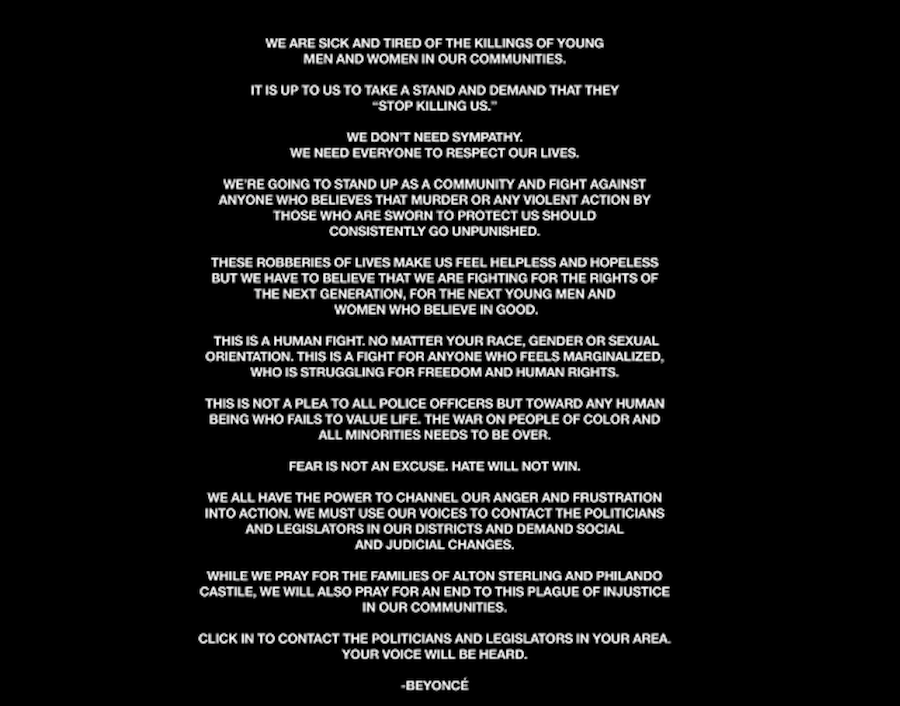