The Man Who Fell To Earth, starring David Bowie, returns to theaters in restored version

The Nicolas Roeg classic will celebrate its 40th anniversary with a new digital iteration.

Forty years after its release in the UK, Nicolas Roeg’s David Bowie-starring cult classic The Man Who Fell To Earth will return to theaters in digital 4K, as approved by cinematographer Anthony Richmond.

The movie will also be released as a collector’s edition on Blu-Ray, DVD and download this fall. The restoration had been in the works since late 2015, before Bowie’s death this January.

The Man Who Fell To Earth was released after Roeg had established himself as a provocative and innovative director with work like Walkabout and Don’t Look Now. The film wasn’t his first with a rock icon, either, having co-directed the Mick Jagger-starring Performance. The film follows Thomas Jerome Newton, played by Bowie, who is on a mission to bring Earth water back to his home planet before becoming wealthy tech magnate using his home planet’s advanced technology development.

StudioCanal’s Vintage Classic line will handle the home video release and it will include new bonus materials and special packaging.

The Man Who Fell To Earth will return to theaters on September 9 and be available to own on October 10. Watch the film’s original trailer and check out the new poster below. 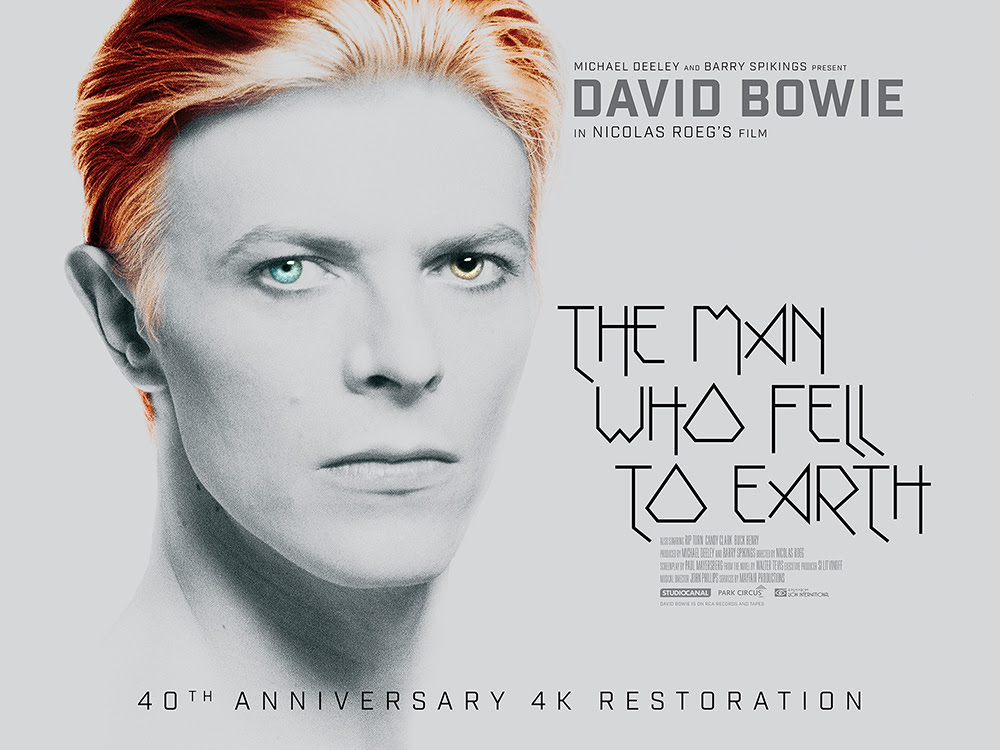