Radiohead were the top draw at this year’s NOS Alive, set among the pastel houses and coastal calm of Portuguese capital Lisbon. But as April Clare Welsh discovered, there was more to enjoy at the weekender beyond the Oxford group’s set, which saw Thom Yorke and co further settle into their status as reluctant ultimate festival headliners.

Radiohead are marred by contradiction. While the Oxford quintet’s 2007 pay-what-you-can album In Rainbows was hailed as a revolution for the music industry, tickets for the band’s recent 3,300-capacity Roundhouse gigs were priced at £65 and also impossible to get hold of. Thom Yorke’s lyrics have in the past been inspired by socialist powerhouse Noam Chomsky (‘Electioneering’) – yet Yorke was educated at an exclusive private boarding school, along with other Radiohead members. Perhaps more pertinently, Radiohead are the ultimate main stage festival headliner: capable of serving up a massive corporate-sponsored rock show with a side order of pomp, ceremony and branding, but at the same time insist on railing against the man and the machine, with a seeming aversion to the bright lights of fame.

This was the case on Friday night, as Radiohead topped the bill at a festival sponsored by Portugal’s biggest phone network, NOS. But they wore their commercial badge with the confidence and nonchalance that comes with being The Ultimate Festival Headliner. As has been customary at the band’s recent run of shows, they opened their 24-song set with five tracks from new album A Moon Shaped Pool, including ‘Burn The Witch’ and ‘Daydreaming’, but the delicacy of those songs was largely lost on the 50,000+ crowd. ’My Iron Lung’ stepped in to provide a familiar buffer between old and new, and with Yorke having exorcised his painful slew of heartbreak-heavy songs early on in the band’s set, he visibly began to relax into himself on stage. 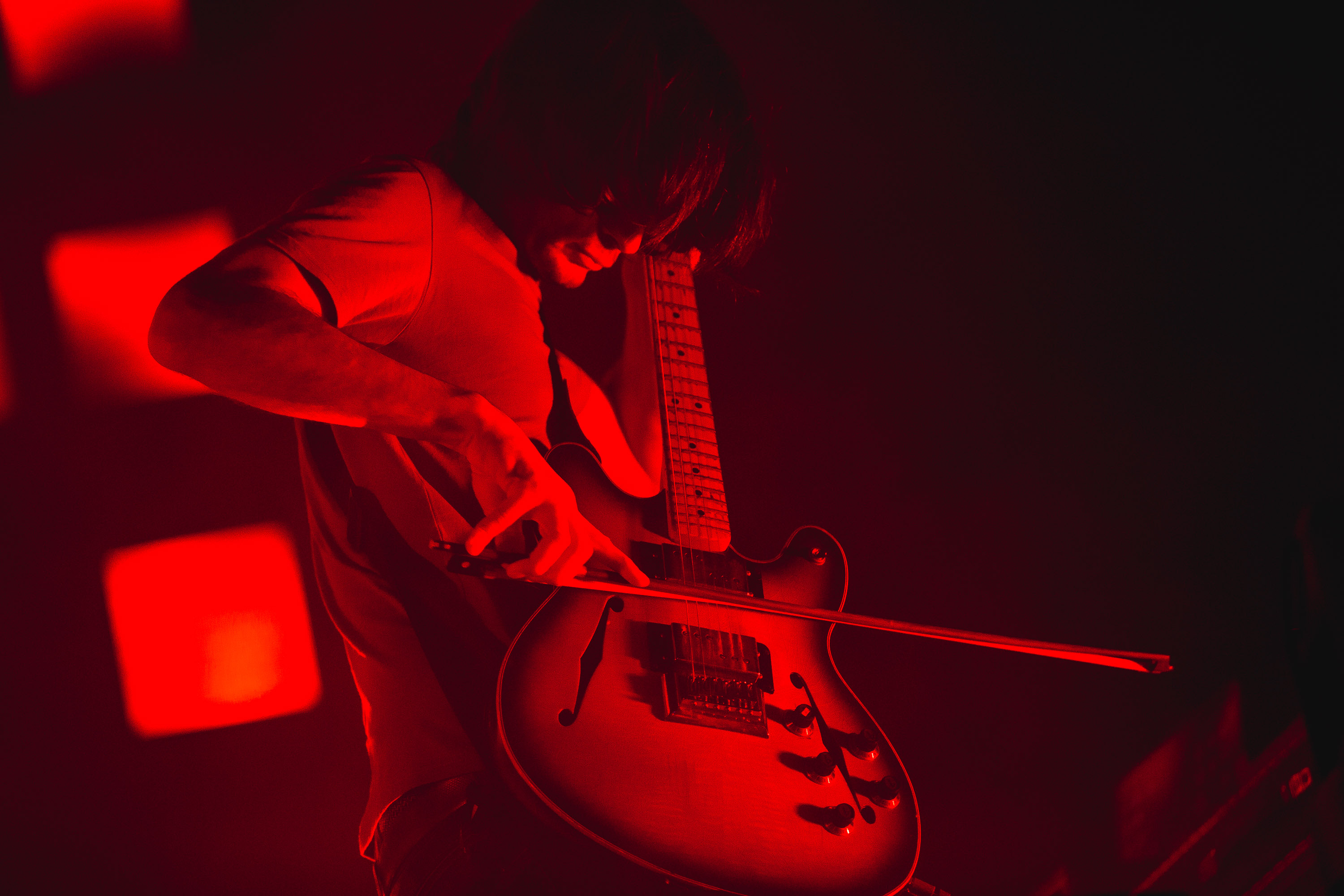 Radiohead shows deal in high drama and the full spectrum and complexity of human emotion. So while the mist of melancholy descended for ‘Talk Show Host’ and ‘Exit Music’, it was comforting to know that another serotonin booster was just around the corner. Teasing Kid A fans with ‘Idioteque’, the band’s 2000 album was poorly represented in a set that dealt in solid crowd-pleasers and new material. But with the shock of hearing ‘Creep’ live – which up until May this year hadn’t been performed since 2009 – now long gone, the politically-charged ‘You And Whose Army’ might have been an edifying surprise for UK ears in the wake of the recent Chilcot enquiry. No surprises, then, at the group’s latest headline festival outing. But who needs surprises when you’ve got two encores?

Radiohead turning back time by dipping into older songs was in keeping with the rest of the weekend. The pound may be weak post-Brexit (my holiday booze fund was hit hard) but the currency of nostalgia was strong among the lineup’s other big attractions. Hallowed indie titans the Pixies rolled off tracks from their extensive back catalogue of hits including ‘Wave of Mutilation’, ‘Monkey Gone To Heaven’ and ‘Gouge Away’ elsewhere on the bill on Friday night, just prior to a youth-obsessed Chemical Brothers main stage set. It was another form of nostalgia for retro-nouveau, ‘80s-loving pop megastars The 1975, whose very band name is a throwback and whose sound is nostalgic for a time frontman Matthew Healy wasn’t even alive for. Maybe the allure is that, with post-Brexit blues in full swing and the world in chaos, the familiar will always be comforting. You can always rely on backwards-looking heritage shows – like Robert Plant’s NOS Alive set, which saw the iconic artist stomp through a welcome patter of Led Zeppelin songs, including ‘Whole Lotta Love’ and ‘Black Dog’ – to rake in the cash and the crowds. 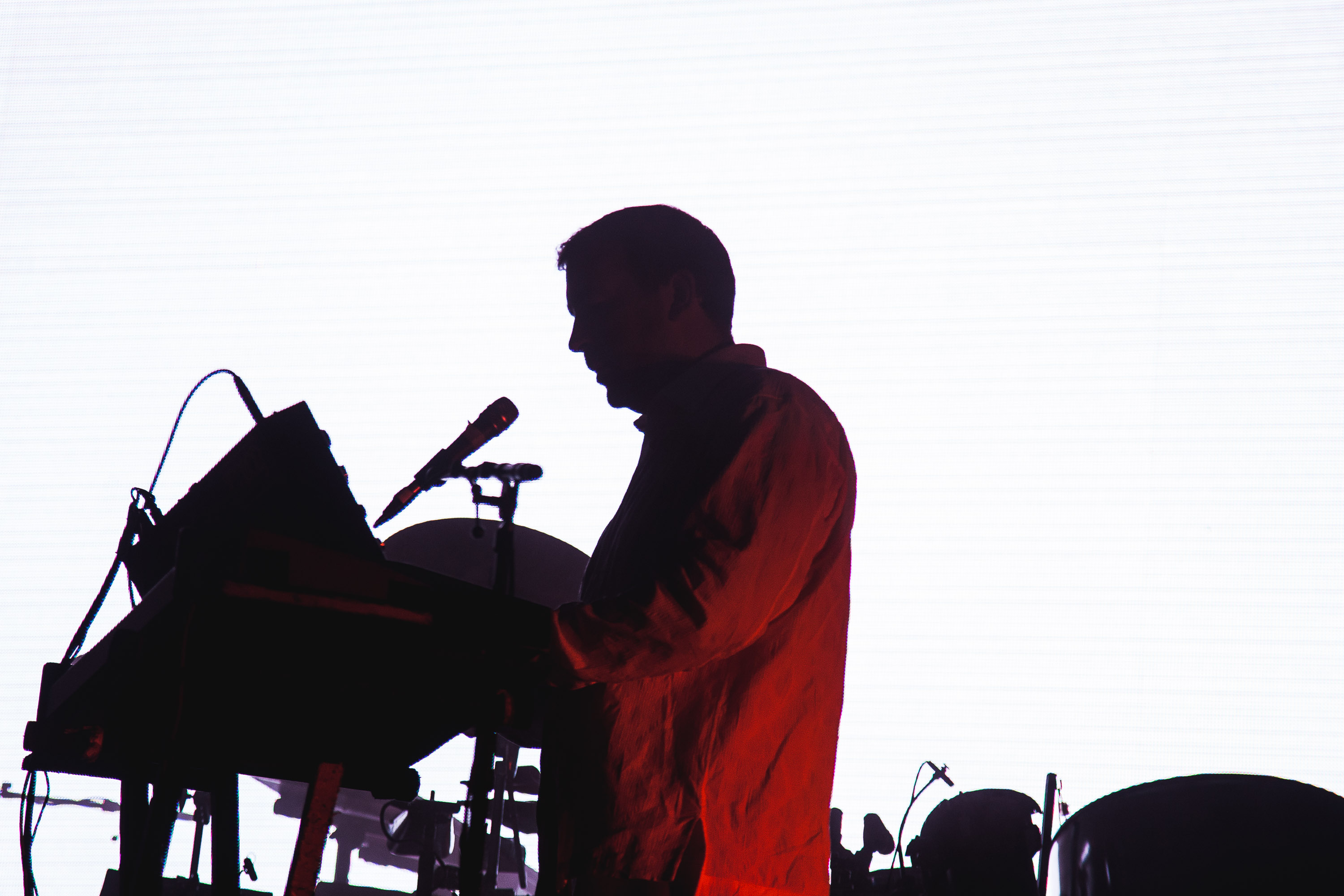 Lisbon label Principe Discos had no official presence at NOS Alive this weekend. But with DJ Marfox having recently released one of our favourite albums of the past three months, it was only right FACT paid due respect to the batida pioneer with a trip to his favourite Lisbon record store, Flur Discos. Overlooking the waterfront, just a short walk from one of the city’s top clubs, Lux – which later that night would host DJ sets from Four Tet and Win Butler’s DJ Windows 98 – Flur stocks myriad electronic genres, as well as some Portuguese, African and Latin styles, but Principe Discos vinyl famously sells out instantly, so we left empty handed. The hyped Libson label is the urgent sound of the city’s electronic underground and a socio-cultural identity informed by its suburbs, projects and slums. It is “100% real contemporary dance music”, with a rave-happy blueprint of African-influenced dance strains and western club music and with DJ Marfox’s batida – febrile techno cut with cosmic house and Angolan kuduro – still riding high as the label’s flagship style.

Buraka Son Systema co-founder Branko spun a set on the Thursday evening that tipped its hat to Marfox and the Principe sound. Interweaving prime label cuts with Branko’s own glossiser, zouk bass experiments, his kuduro-indebted sound tapped the Principe connection full circle. And if the crowd’s reaction was anything to go by, Principe fever is yet to die down.

Back on the official festival lineup were Hot Chip. The early magic of Hot Chip’s hit factory has long since faded into a watery slop of funk-pop lite, with the band’s latest albums dredging up half-arsed attempts at songs. But watching the band live is a different beast entirely. Doling out hits of pure joy with dancefloor-approved gems like ‘And I Was A Boy From School’ and ‘Over and Over’, the band may have been playing live for over a decade now but it’s knowing how to play dance music for the masses that arguably makes their shows so successful.

Hot Chip were the very last performers on Friday night, playing to the 2.40 am party crowd, so the pressure to serve up a steaming hot rave was on and Taylor and co. charged up the rammed tent with 10,000 volts of ’80s sleaze, flicking through a genre-spanning palate of club music, which ran the gamut from glitter-flecked disco and funk to techno and piano house. All pulled together by Alexis Taylor’s unstoppable, quavering, diva-like voice, if this is one element of nostalgia’s reach, then we’ll take a hit.

Read next: DJ Marfox, DJ Nigga Fox, Principe Records and the Sound of the Lisbon Ghettos

Read next: Radiohead perform an emotional exorcism at London’s Roundhouse