Cypress Hill will reissue their self-titled 1991 debut album as a black resin replica of the group’s skull logo, to celebrate the LP’s 25th anniversary.

Fans who purchase a copy of the reissue can lift the skull open to reveal a remastered CD version of the debut.

The release also comes with a book featuring interviews about the making of the album and photos from the group’s archives. It’s out August 13 via Get On Down, the good people who brought you the Liquid Swords chess set and the Madlib-approved Jean Michel Basquiat record case.

Cypress Hill’s B-Real is currently a member of the definitely-not-a-supergroup supergroup Prophets of Rage, which is also made up of Rage Against The Machine’s Tom Morello, Tim Commerford, and Brad Wilk alongside Public Enemy’s Chuck D and DJ Lord. 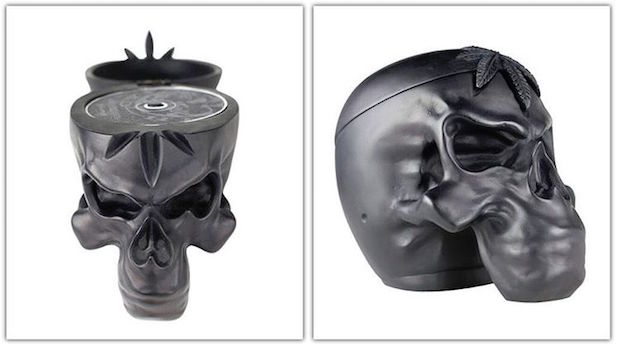