A celebration of the cult synthesizer.

British studio Dorothy have created a new print that pays homage to the impact the Minimoog synthesizer has had on modern music.

The print reveals the insides of the machine to be populated by artists who made it famous including Sun Ra, Pink Floyd, Brian Eno, David Bowie, The Prodigy, and the late Bob Moog among many others.

Launched in 1970, the Minimoog was produced as a response to the large and bulky modular synthesizers which were then popular in rock and pop music. Bob Moog’s solution was a smaller, more compact synthesizer that didn’t require patching. With time the Minimoog became a standard of its own and one of the most popular Moog designs, used by artists across genres and still in demand today.

The Minimoog Model D, produced between 1971 and 1981, is reimagined in the print as a microcosm of the music it inspired with 28 artists living inside it. Most recently, Moog announced it would reissue the Minimoog Model D (with the addition of MIDI).

The Dorothy print is available from their online shop. See details of the print below. [Via Synthtopia]

In April, Bob Moog’s daughter announced that the team behind the I Dream Of Wires documentary was working on a film about her father’s life and career. 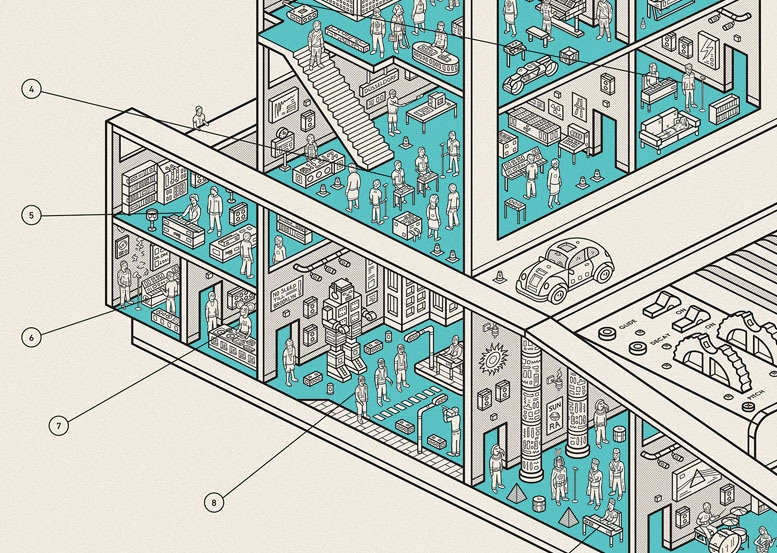 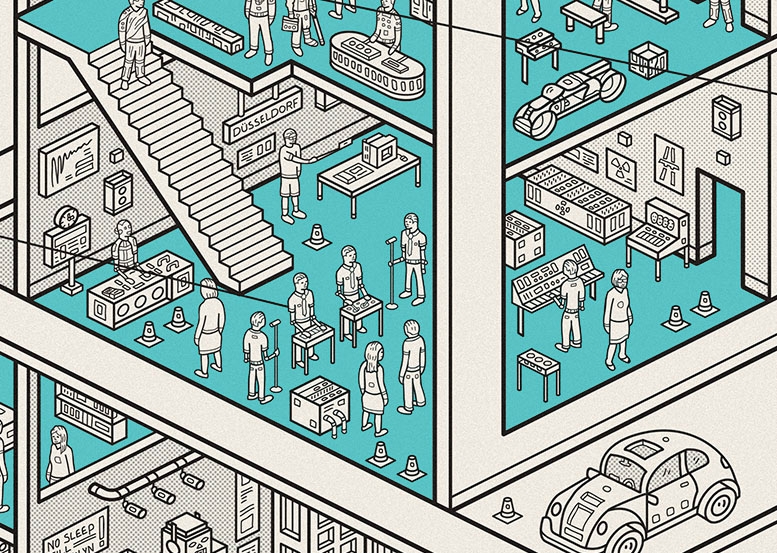 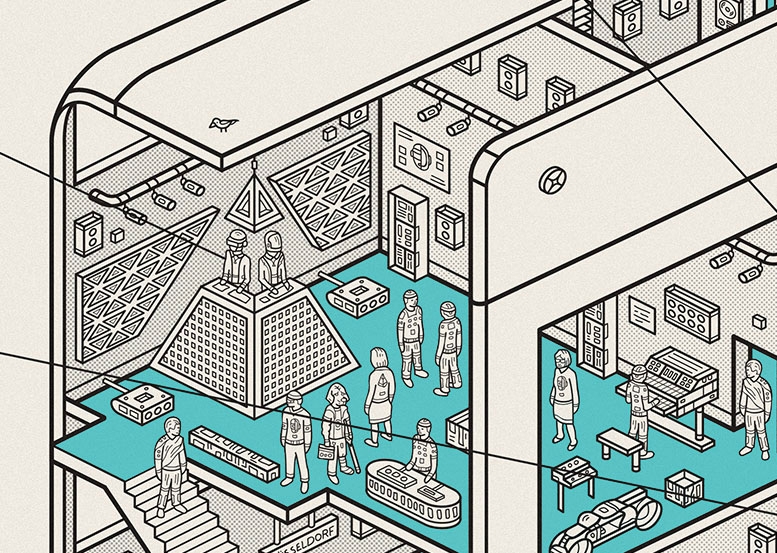