This synth hacks a cassette player to make warped sounds

Looking for the ultimate in retro synth technology? A boutique company called Onde Magnétique has unveiled the OM-1, a device it calls a “cassette synthesizer”.

The synth comes in two parts, the synth itself and a modified personal cassette player. The synth features eight note buttons, and the pitch of the note changes when the tape’s playback speed is increased or decreased with the tuning knobs.

There’s also a pressure-sensitive control that increases the volume of the notes if pressed harder, and three controls that affect the attack and release of the audio. CV inputs allow you to control pitch and volume from an external sequencer, such as Korg’s SQ-1.

Created by New Orleans engineer Scott Campbell, the OM-1 is partially inspired by classic tape instruments such as the Mellotron and Ondes Martenot. However, because you can replace the tape easily, it’s possible to use any audio to create unique sounds.

The device is hand-built, so if you want one you’ll have to wait up to six weeks for delivery. It costs a reasonable $285.00, and the package includes synth, modified cassette player, a tape, two 3.5mm cables and a power supply. 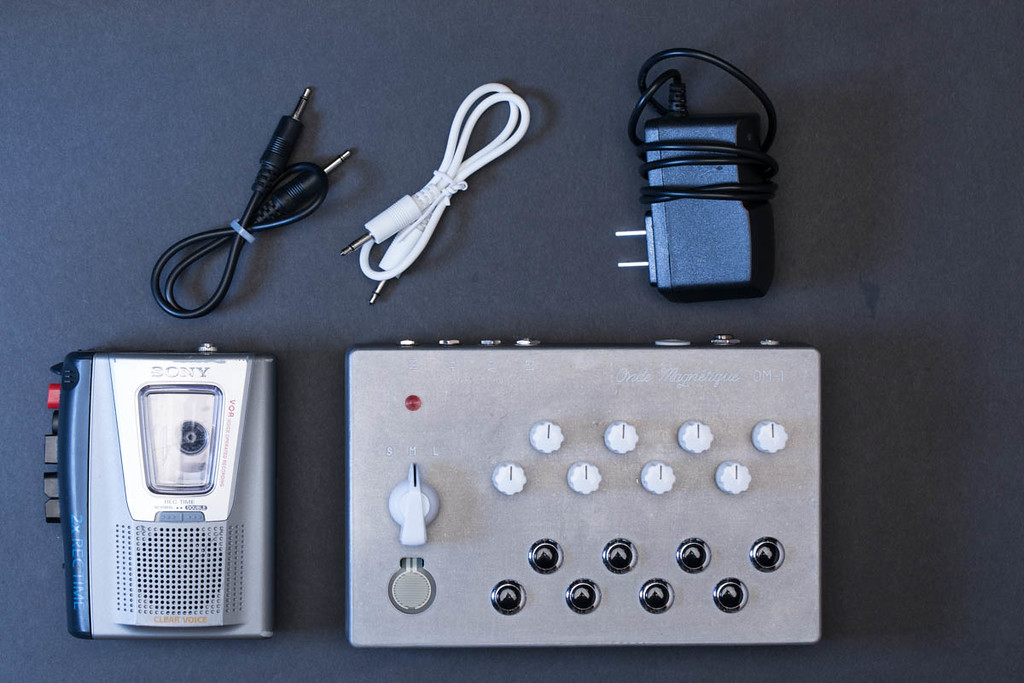 If the idea of using tapes to generate sound is a little archaic, a company called ZONT recently unveiled a pocket synth that uses interchangeable sound cartridges like a Nintendo Game Boy. [via Ask.Audio]