Since his passing on July 16, I find myself returning to these words spoken by Suicide frontman Alan Vega at a 1996 conversation about the duo’s formative years at the dawn of the ‘70s. The band was born in a New York City landscape of economic collapse, tenement properties, and high crime rates, and radio was broadcasting the sugar-coated sounds of Simon And Garfunkel’s ‘Bridge Over Troubled Water’ and Norman Greenbaum’s ‘Spirit In The Sky’ ad nauseam.

“Those days were completely different, ’cause back then we weren’t sitting around thinking about making money,” Vega continued. “The problem was to fight off the poverty, fight off the hunger to survive. It was like a religious experience for us. Today, it’s like, ‘Let’s form a band, make this kind of music, let’s get the lawyer, let’s make the video, give ’em the whole package, and then make the deal.’ We never knew what the future held in store for us, but we knew we were sitting on the edge and moving towards the future.” 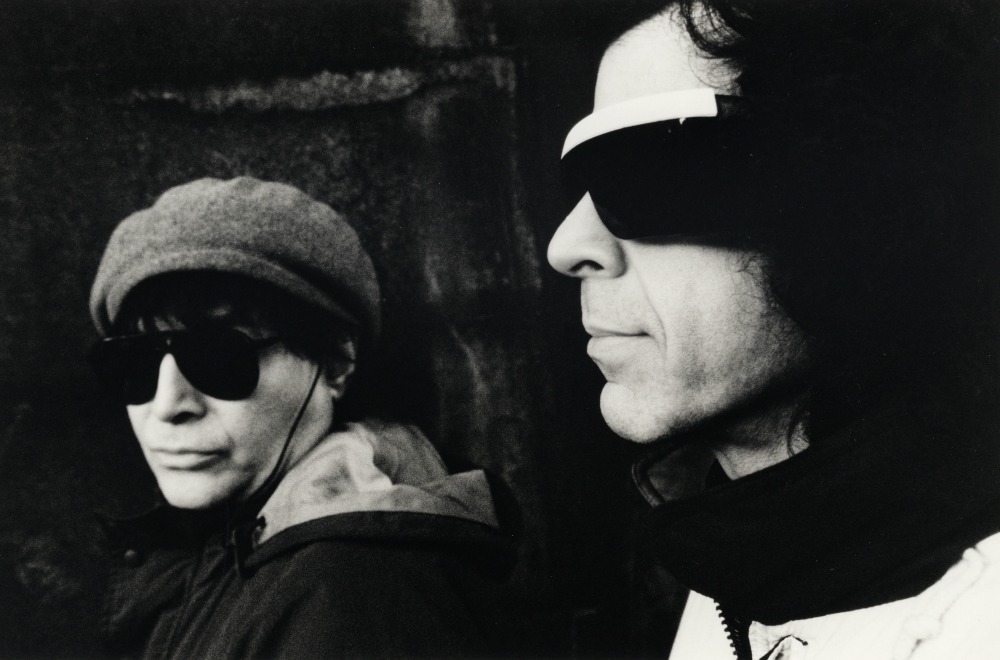 Right to their end, Vega and Rev refused to play the nostalgia card

The dedication to forward motion and hard-boiled pragmatism that Vega and keyboardist Martin Rev pursued over the course of their 40-plus year career (which, incredibly, has left only five studio albums and a handful of live recordings as its legacy) confronted listeners with the harsh truths of 1970s America in a way that Paul Simon’s shining silver girls likely never had to stare in the apathetic eye. Suicide were a band unlike any other, often lumped in with unconnected scenes. Vega loved to recount how in the late ‘70s even the punks hated Suicide, which in turn made Vega and Rev “the ultimate punks”. Forever outliers on the peripheries of a scene that arrogantly prided itself on its own misfit status, the duo remained true to their own vision, willing to embrace success should it ever arrive, but accepting the possibility that they just weren’t made for these times, because they were so far ahead. ‘Fast Money Music’ just wasn’t their scene.

Vega’s violent realism is most obvious on Suicide’s notorious 11-minute psychodrama ‘Frankie Teardrop’ – in which a despondent and destitute factory worker murders his wife and young child before taking his own life. The song almost too vividly illustrates the psychological warfare affecting blue-collar workers in the mid-70s, as big business began to care less about working conditions and more about the bottom line. “Frankie’s lying in hell / We’re all Frankies / We’re all lying in hell” is quite a far cry from Greenbaum’s “When I die and they lay me to rest / Gonna go to the place that’s the best / When I lay me down to die / Goin’ up to the spirit in the sky.”

Even so, there’s a strong romantic streak hidden beneath the grit. Behind every ‘Frankie Teardrop’ there’s a ‘Cheree’ or ‘Shadazz’, and that romantic subversion was displayed in the most vivid terms on Vega’s ‘80s solo albums. On them, Vega’s love for singers like Elvis Presley, Gene Vincent, and Vince Taylor saturates the stereo field, whether backed by beds of synthesizers and electronics or a simple guitar and rhythm box arrangement. His unusual rockabilly minimalism also runs parallel with, and even occasionally foreshadows the synthesized soda shop nostalgia of Angelo Badalamenti’s work with David Lynch, Chris Isaak’s heartthrob twang, and the trash-surf aesthetics of fellow CBGB veterans The Cramps – but Vega’s voice remains his own, at once instantly identifiable and captivatingly alien.

Countless disciples have worshipped at the church of Suicide over the years, but right to their end, Vega and Rev refused to play the nostalgia card. Even when drafted in to perform their epochal 1977 debut album in full at a series of live events, they avoided digging up the crusty Japanese junk shop organs and tweaked bossa nova rhythm boxes that gave the LP its signature sound, instead using the album’s songs as jumping-off points for more oblique arrangements utilizing new technology. This of course raised the ire of throwback nostalgists, echoing the way New York’s punks had chosen to quite literally spit their disapproval in the band’s face back in the ‘70s.

It’s unlikely that Suicide could have come from an American city other than New York, though the Detroit that gave us The Stooges and MC5 could perhaps serve as an alternate-reality city of origin; both groups offered up the inspiration which led Vega, then a visual artist, to begin his sonic explorations. But Suicide’s music lived, breathed, and bled the undiluted urbanity of 1970s New York City — their songs were constructed with faulty wiring, humid and acrid breath, and the white noise of metro mass transit. They often hinted at traditions and structures drawn from rockabilly, doo wop, free jazz, and even Latin music, but mutated these influences in a way that ably represented NYC’s multicultural “melting pot” aesthetic, birthing something entirely new in the process.

Growing up in New York City and neighboring northern New Jersey during the ‘80s and early ‘90s, I was first exposed to Suicide’s debut via the record collection of my uncle, who could be described as an adventurous hipster in his salad days, deep into punk, dub and new wave. The striking sleeve design drew me in, boldly displaying the duo’s taboo name in a bleeding typeface seemingly carved into the card stock. From the opening salvo of ‘Ghost Rider’ I was hooked, hypnotized by the simple, cyclical power and rhythmic thump of Rev’s arrangements. It was unlike anything I’d heard in the house or on the radio, and it quickly became one of my favorite records — so freaky and yet so familiar.

As I grew older I became more familiar with the band’s catalogue thanks to frequent trips to now-defunct shops like Bleecker Bob’s and Subterranean Records. I eventually got work in the East Village doing mail-order and distribution for John Zorn’s Tzadik label, and during my daily trips to Cooper Station Post Office I began noticing the occasional presence of a tall, somewhat menacing figure who looked oddly familiar –- that man, with his piercing gaze and quiet intensity, was Suicide’s Martin Rev, picking up parcels and dropping off letters. The oddity of seeing this larger-than-life figure, whose stature in my world was so massive, running such benign everyday errands became just as beguiling as my initial exposure to that first Suicide album. I wondered when I’d eventually bump into Vega at the grocery store or the launderette; this was New York, after all, and underground icons have to do their washing too.

Disappointingly, I never crossed paths with Vega directly. That powerful voice remained a spectral presence, haunting the air and locking into the rhythms of my subway commutes, howling and crooning across boroughs and apartments, never changing as I grew older. I had the perverse pleasure of seeing Suicide in concert with Pan Sonic, the Finnish duo who would record two delightfully fucked up albums with Vega, respectfully carrying the torch of those early Suicide albums while diverging into their own serrated terrains of circuitry. Eventually, Suicide were no longer discussed in either hushed or outright dismissive terms, and gradually became more widely accepted and canonized as the true unrelenting innovators they had always been from the beginning. When I went on to record music of my own, I drew inspiration from Suicide’s economy of instrumentation, forcing technological limitations on myself in order to extract maximum efficiency from my machines.

Amid the head-scratching and blood-boiling inanity of the current US election cycle, I’ve frequently found myself in conversation with friends and peers about the apparent dearth of truly confrontational, no-nonsense music being recorded and released in the moment. I haven’t been witness to such ceaseless public bombardments of hate, misdistributed wealth, and unbridled ignorance in as long as I can recall. The destructive events of 9/11 changed New York City irrevocably, and brought Suicide back into a studio after a 10-year absence for what became their last recorded dispatch. Part of me had quietly hoped to hear from Vega and Rev together one last time, to stir up one last pot of shit for the millennial monoculture, Vega’s ill health be damned.

Sadly, that wasn’t to be, but the unfiltered emotion spewed forth by these two men 40 years ago hasn’t lost any of its meaning or power. What so many non-listeners failed to realize from the start was that Suicide weren’t glorifying the ultimate act of self-destruction with their name, they were warning us of its devastative repercussions. The pariahs were prophets this entire time, and the joke, sadly, was on us, because we’re all still Frankie Teardrop. All we can do is keep our dreams and scream, because as Vega once stated: “People always say, ‘You’re too much in the future.’ And I tell them, ‘No, you’re too much in the past.'”