Talk about a homecoming.

Chance the Rapper’s Magnificent Coloring Tour was missing a hometown show when the dates were first announced back in June — now we know why.

On September 24, Chance will bring the Magnificent Coloring Day Festival to Chicago’s U.S. Cellular Field. The lineup includes Lil Wayne, Young Thug, Skrillex, Lil Uzi Vert and Tyler, the Creator. According to the poster (which you can see, along with the rest of the lineup, below), it is the “first ever music festival at U.S. Cellular Field on Chicago’s South Side.”

The Cell is also home to the Chicago White Sox, who were in talks to make Chance their club ambassador back in April. He also designed a White Sox cap that was a hot ticket item for both his fans and fans of the team.

The Magnificent Coloring World Tour will kick off in San Diego, CA on September 15 before heading to Europe in November. 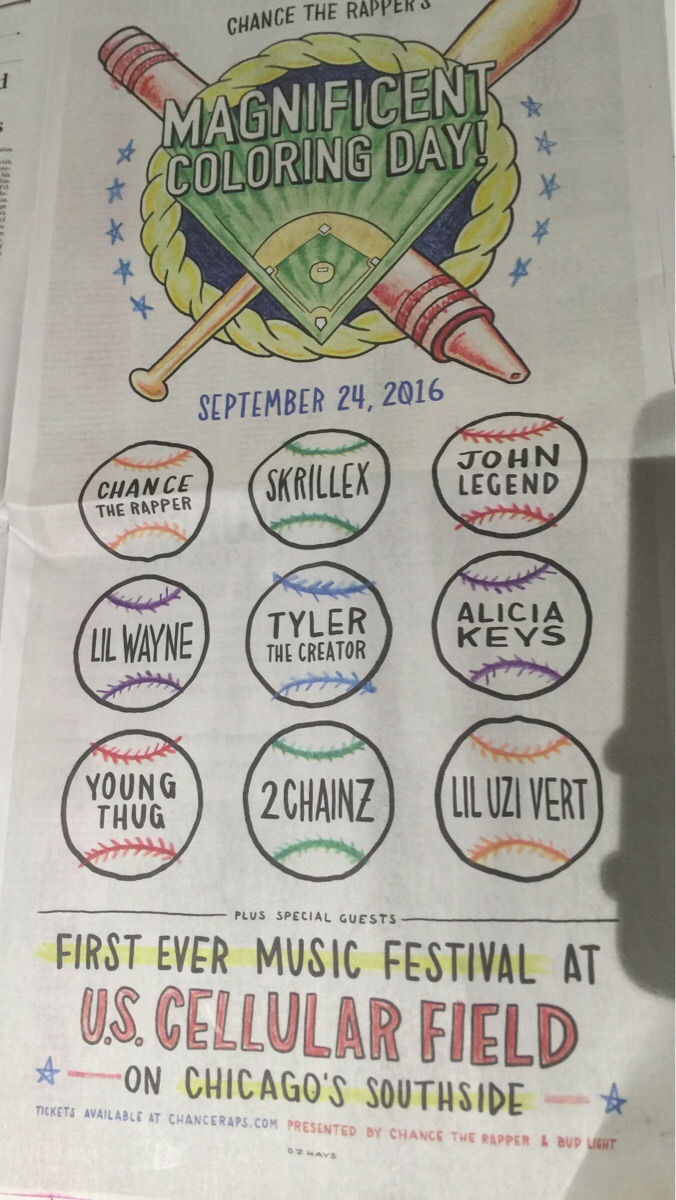 Read next: Chance The Rapper is on an ultralight beam on the gospel-influenced Coloring Book