Amazon might be moving into the world of wearable technology.

Amazon has been granted a patent for a pair of noise-cancelling headphones that turn off when they hear specific sounds or keywords, leaving the user less vulnerable to hazards when out on the street.

As CNET reports, the technology would make wearing headphones much safer and more practical, allowing users to hear when a siren is approaching or just to be able to respond when their name is called.

The patent was originally filed in July 2014, and the diagram shows a number of microphones built into the earpads. The technology appears to be similar to that found in Amazon’s Echo speaker, which listens in the background until prompted to answer a question. 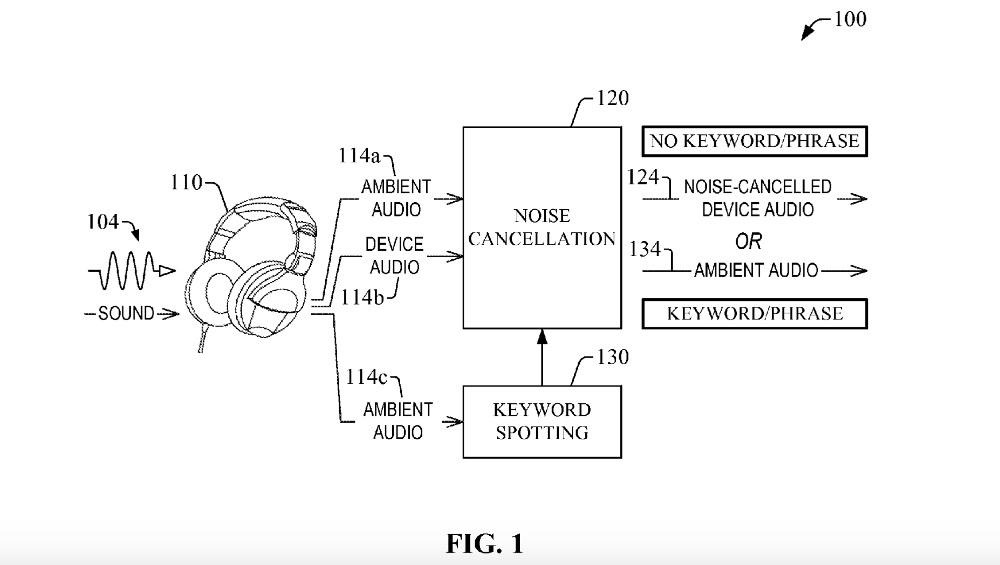 Amazon’s technology is similar to that found in Here One, a set of wireless earbuds from US startup Doppler Labs that allow the user to hear their surroundings while listening to music at the same time.

Doppler Labs’ technology is also able to turn off noise cancelling when it hears sounds such as sirens, but it isn’t capable of responding to voice prompts.

Amazon’s patent doesn’t mean the headphones will actually make it to market, but the company’s expanding reach into the world of consumer technology means a finished version isn’t out of the question.

Read next: Hands on with the Basslet, a wearable subwoofer for your wrist