The debut album by Manchester-born musician and James Ferraro collaborator Maxwell Sterling grapples with the split personality and stark inequality of Los Angeles. Steph Kretowicz hears how his fusion of digital and ambient sound captures the glamour, grime and violence of his adopted city.

If you’ve ever visited Los Angeles, you’re bound to have found it weird. For those of us raised on American cinema, it occupies a specific space in our collective psyche – a total construction consumed by a global audience and perceived through its fragments and frames. When you’re physically in the Californian city that’s home to Hollywood, everything feels familiar, but not quite. The place is layered with facades and preconceptions, decontextualized into a sort of uncanny reality. Mansions are made inaccessible by roads designed to keep outsiders out, monuments to the obscenely rich towering over the remnants of the poor, homeless and hopeless. They’re all images you’ve seen somewhere on a screen in isolation, but seen together and in person they suddenly seem strange.

When you listen to Maxwell Sterling’s Hollywood Medieval, released on Memory No. 36 Recordings next week, you can hear this new weirdness. “It’s dealing with this very ‘Hollywood’ way of dealing with a cliché,” says the producer and composer, in an accent that holds the faintest hint of his upbringing in Manchester, England. “Living in Hollywood, just off Hollywood Boulevard, there is this almost medieval quality to where you are. Although you’re in the epicentre of the film world, it’s a sense of survival, almost. It’s this quite ugly thing.”

Sterling has been living in Los Angeles for the last four years, but right now he’s in London to rehearse a five-hour score composed for the ICA’s Art Night: Duke of York Steps series. The score is part of a durational performance piece by post-punk artist and radical feminist Linder Sterling, who also happens to be his mum. I had discovered the younger Sterling through his soundtrack for a 2015 short film by LA-based artist Sam Kenswil, and after some digging found out he’d also collaborated on a live cello quartet performance of avant-garde producer James Ferraro’s Burning Prius. With Hollywood Medieval, however, I’ve discovered one of my favourite albums of this year.

Featuring seven tracks with titles like ‘Synthetic Beach’, ‘Funeral For A Building’ and ‘Feeling Without Meaning’, Hollywood Medieval sounds the way LA feels: glamour, grime and violence augmented into a single sensation. Take ‘$50 Curse Removal’, a track that oscillates on the hum of highways and car horns sampled and spliced with the tap-tap-tap of a drum machine. “I wanted to make this mini-narrative, if you will,” he says of the inspiration behind it. “Part of it was this underlying bed of sounds, which was just me walking around LA with my iPhone, walking through a lot of parks and trying to experience the nature within LA, how it has that weird balance of nature taking over the city and the city taking over nature. You have these beautiful parks, like Debs Park and Griffith Observatory, and I was walking around trying to record the ambient sounds. I just love to hear the birdsong there, and you can’t escape that drone of traffic.”

He hit on the title of the album while walking across the city from Château Marmont in the west to Little Armenia and Western Avenue in the east. “If you take Hollywood Boulevard or Sunset Boulevard, as a tourist passing through in a rental car it’s kind of familiar, it’s glamorous. But if you walk it, it’s really fucking weird. It’s not meant to be walked, for start. If you’re out there you’ll get sunburnt, and you’re so aware of just how brutal the city is and how constructed it is. Every part of it is not meant for traffic, so those two miles for me were really potent and medieval – a quite aggressive, dark world.”

You could say that Hollywood Medieval shares some peripheral but meaningful similarities with the work of Ferraro. The incessant synth loops and glitching choral samples of ‘Hollywood Medieval Pt. II’ and the signatures of technology in ‘Your Last Cadenza’ produce a pressure that builds in the same way as, for example, the automated voice inserts and anxious motion of Ferraro’s seminal 2011 album Farside Virtual. You could also hear the same police sirens and incidental sounds of a city that never sleeps in Ferraro’s NYC, Hell 3:00AM. Except Sterling’s work sits somewhere between the two, taking the digi-tech future ambience of one and the hypnagogic noise of the other, and rolling it into a more focused composition.

“The whole album deals with artificial sounds and the synthetic sound of instruments,” he says.“How far you can push those until they become neither the original nor synthetic?” The question relates to his own background, having trained in double bass and earned a degree in jazz composition from Leeds College of Music before moving to LA in 2012 to study film scoring. “It’s just this weird uncomfortable hybrid – starting with these found sounds, then cutting them up into very small pieces, then looping them, and then building up on that until a point where you reach a certain level of tension that just releases into this more Erik Satie piano thing.” 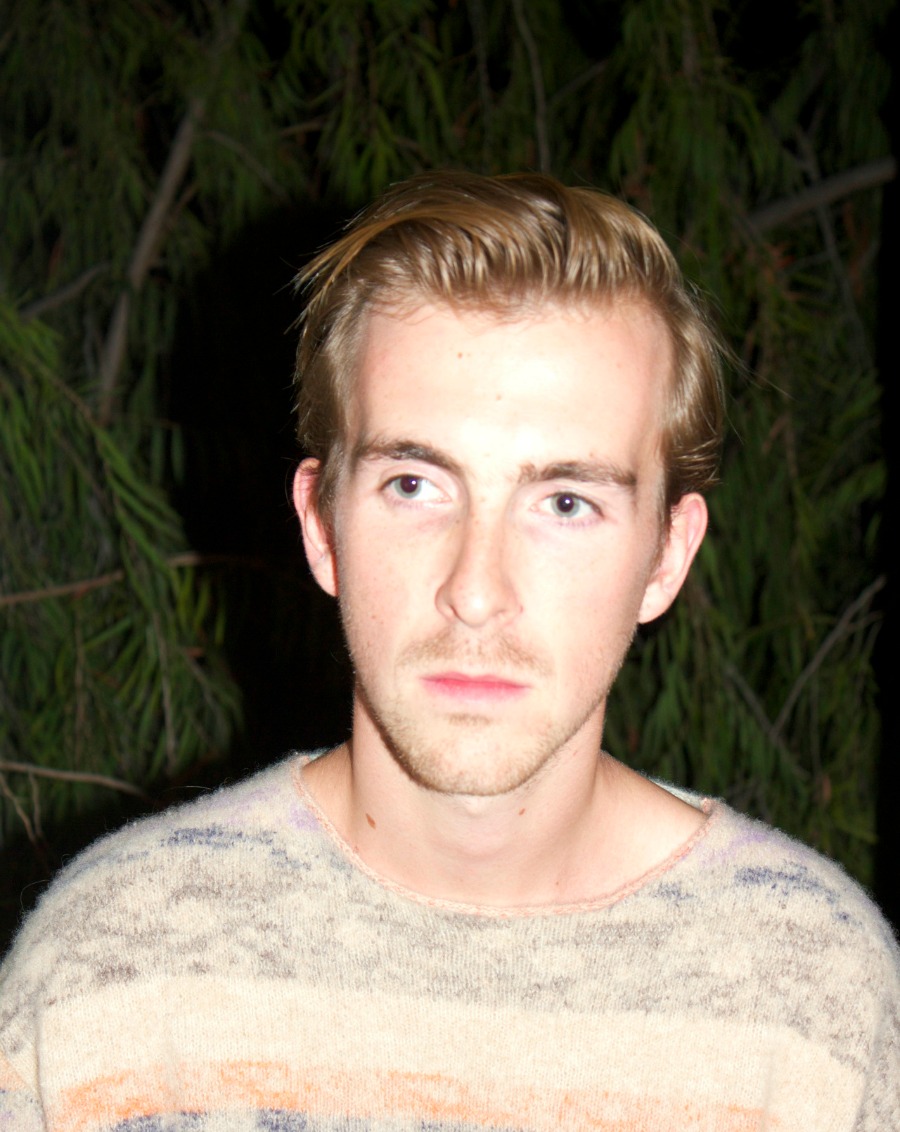 “It’s an incredibly seductive, glamorous city if you’re in a comfortable position – but if you’re not, it’s a fucking crazy place”

His hybrid approach to sound production is rooted in his “old-fashioned notation on manuscript paper” education and informed by his more recent work writing scores for film, including A Girl Called Grace featuring Disney’s Raven-Symoné. “Having a background in acoustic instruments and working a lot with musicians, then getting into electronic music and working on a computer, and then having to kind of create synthetic versions of some music, for me it creates a really interesting dialogue. It creates a kind of back and forth,” he says.

“I love the idea that you can take a drum beat and somebody will then make a drum machine and copy that, and if you’re a drummer, copying that. I just love this idea of a dialogue between computer and human, and where the two influence each other.” It’s for that reason that the Sterling made a conscious decision to only use sampled instruments and two synthesisers – a Roland Juno and a Yamaha DX7 – on Hollywood Medieval. “These samples I find incredibly sterile, very saccharine. I really wanted a very specific sound palette. I wanted to convey certain emotions and ideas that typically would be easier to do with live instruments, but I wanted the challenge of making something that has a sense of struggle.”

That struggle is at the core of Hollywood Medieval, as Sterling responds to the often brutal realities of a city like LA, a paradoxical symbol of fame and obscurity, overpopulation and alienation, health and self-destruction. When he first moved to the city he worked as a nanny to a wealthy family in the area around Mulholland Drive, with daily drives across socio-economic border to and from the children’s school. “It really highlighted the massive gap between wealth and poverty, and I think it’s only really in LA that you see such a radical change,” he says. “Even if you’re on Sunset Boulevard, if you go one block down there are a lot of people eating out of bins. But then you go one street north and you’re in Los Feliz and there are gated mansions and sprinklers. I think that is as shocking as it is fascinating.”

For an outsider, the stark lines between rich and poor are physically felt. “When you’re working in one world and live in another and you don’t have a car in LA, people look at you like you’re crazy. It took me a while to get used to that,” he adds. “I think it is an incredibly seductive, glamorous city if you’re in a comfortable position – but you soon realise that if you’re not, if you don’t have your own transportation, or you ‘fall off the tracks’, so to speak, it’s a really fucking crazy place.”

Hollywood Medieval is out on Memory No. 36 Recordings on August 8