The Japanese composer also starred in the film alongside David Bowie.

Ryuichi Sakamoto’s score for Nagisa Ôshima’s Merry Christmas Mr. Lawrence is to be reissued on vinyl.

The BAFTA-winning 1983 movie, which marked Sakamoto’s foray into film music, is set in a World War II Japanese prison camp and focusses on the relationship between a young camp commander, played by Sakamoto, and a British soldier, played by David Bowie.

Sakamoto talks about the movie in our recent interview with the composer. “I never pursued an acting career, it was not my intention, but it’s a fact that I acted in a film for the very first time with David Bowie, who was amazing.

“And it was my very first film music. So two very new things came to be at the same time. Working with David Bowie, I was with him for a month, every day, on a very small island in the South Pacific Ocean. For a month!”

The reissue is out October 21 on Milan Records, the same label who also released Sakamoto and Alva Noto’s soundtrack to The Revenant. Merry Christmas Mr. Lawrence is the latest release from Milan Records’ ‘Nicolas Winding Refn Presents’ series, which has previously featured Disasterpeace’s It Follows OST and Brad Fiedel’s The Terminator OST. See the full tracklist and reissue artwork below. [via Pitchfork]

Read next: Ryuichi Sakamoto reflects on his unique time with David Bowie 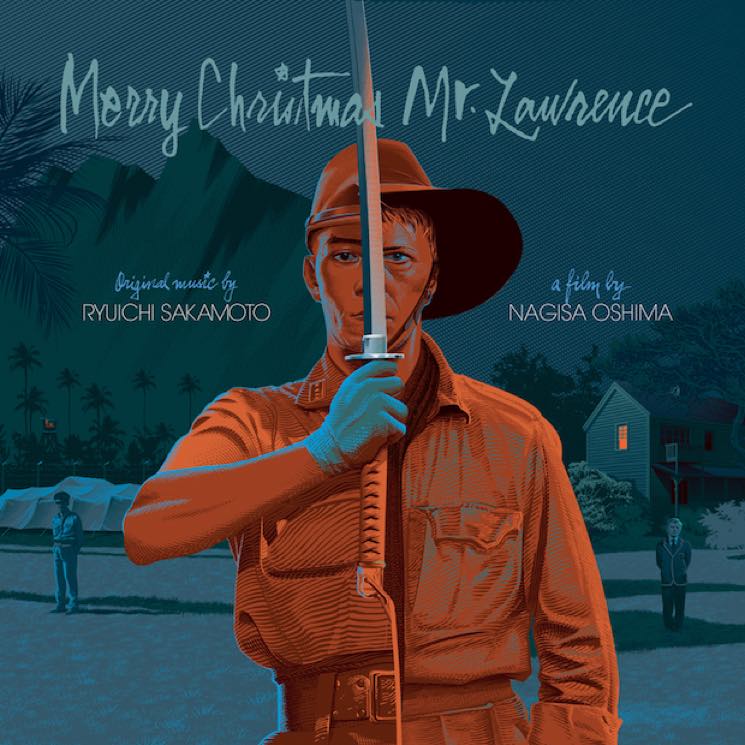