Indie folk favorites Bon Iver have shared details of their new album, the first in five years. The announcement came as they took to the stage for a headline set at the Eaux Claires Festival in Wisconsin (founded by band leader Justin Vernon). Their performance included tracks from the new record.

Titled 22, A Million, the album will be released on September 30 via the Jagjagwuar label. The title was hinted at last month when a 22 Days teaser video was shared on Instagram and a mural with the words appeared in Brooklyn.

Still all the feels after Bon Iver played their new album last night.

The cover, by Eric Timothy Carlson, is full of symbols and the track titles borrow heavily from the internet’s leetspeak alternative alphabet. Two album tracks, ’22 (OVER S∞∞N) [Bob Moose Extended Cab Version]’ and ’10 d E A T h b R E a s T ⊠ ⊠ (Extended Version)’, were also uploaded to YouTube along with the announcement. In a statement, the band described the music as “poly-fi recordings.”

Trevor Hagen, a musicologist and friend of Vernon, has also penned an essay about the new album which replaces the band’s biography on their website.

“The ten songs of 22, A Million are a collection of sacred moments, love’s torment and salvation, contexts of intense memories, signs that you can pin meaning onto or disregard as coincidence,” the essay reads. Later on, Hagen states “to narrow this album down to the next step within an “artistic career” would be to miss a far grander purpose of this music—or any music for that matter—and the cultures of friendship that sustain us in our capacities to even play music.”

In the five year break between Bon Iver albums Vernon has kept busy with other band projects including Volcano Choir and the Shouting Matches. He also contributed to Kanye West’s Yeezus album and James Blake’s The Colour In Anything. 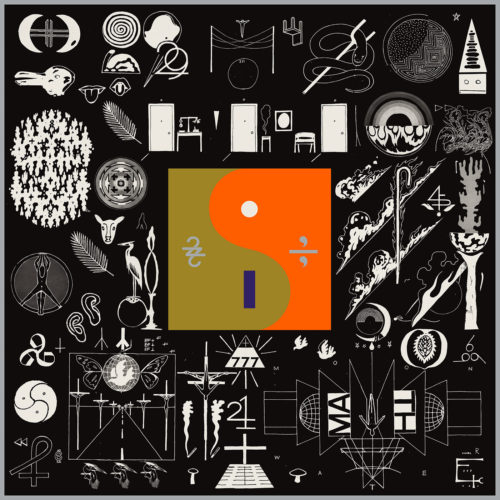