No Man’s Sky: How 65daysofstatic ended up scoring the most anticipated game of the year

No other game in 2016 has arrived surrounded by so much hype as No Man’s Sky. Tayyab Amin talks to Sheffield’s 65daysofstatic to find out how they approached the soundtrack to a game so grand in scale that the possibilities are almost endless.

The premise of No Man’s Sky is simple: pure, unfettered discovery. But as is so often the case with video games, even the most seemingly basic concepts are waiting to be unpacked like Russian dolls. A vivid and colourful sci-fi game set in an endless universe and inspired by Isaac Asimov, Arthur C. Clarke and Robert Heinlein, No Man’s Sky has launched Hello Games – a tiny studio based in Guildford, UK – onto the global stage.

The game’s success is down to its sense of discovery; it not only unveils itself to players as they explore each planet, but actually builds the universe around them before their eyes. The universe is generated through algorithms that create planets, lifeforms, atmospheres and everything else at the moment of their discovery. This results in a massive, open virtual universe which Hello Games says includes over 18 quintillion potential planets to explore. Players don’t just share the universe with each other, they actually create it around each other. For a small independent team, programming a game that involves endless discovery is a huge task. When Paul Wolinski of 65daysofstatic tells me it’s the most anticipated game of the year, it’s no exaggeration. He feels part of the pressure himself as one of the game’s composers. 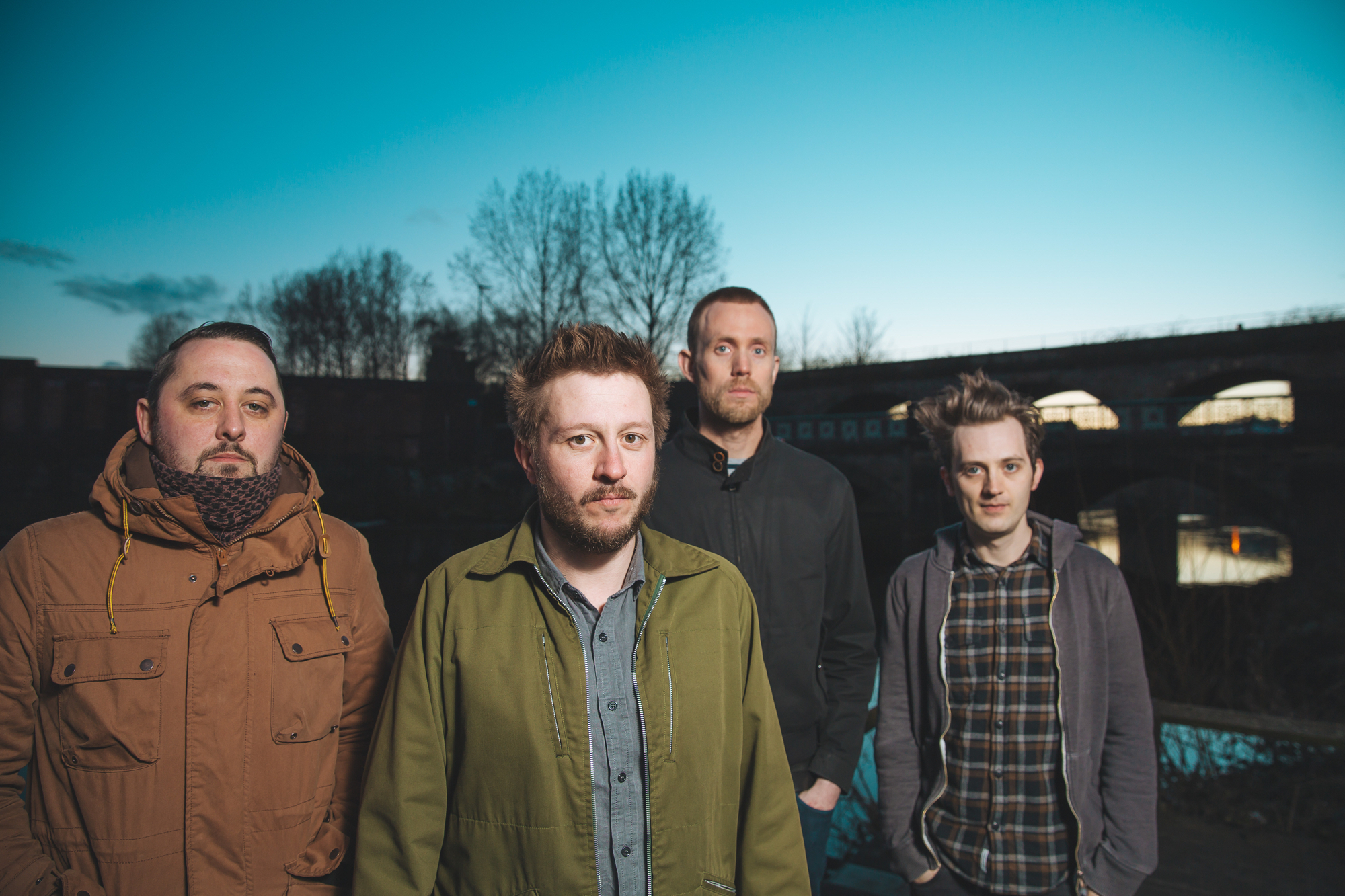 Music and video games go way back, and Wolinski is glad that these days the marriage can incorporate a huge range of styles, far beyond traditional chiptune soundtracks. Composers such as Skyrim’s Jeremy Soule have become legends in the industry, and occasionally musicians known for other media will make their own foray into the fold. HEALTH soundtracked Max Payne 3 while Amon Tobin’s music for Splinter Cell: Chaos Theory is a triumph. The age of the indie game, where even lone bedroom developers can distribute their creations to a global audience, has created its own heroes: Jessica Curry, Darren Korb and Toby Fox to name a few. The music of the charming mobile puzzler Monument Valley has found its way to vinyl, while the soundtrack to Fez has propelled Disasterpeace to success beyond the gaming circuit. Still, it’s uncommon for things to move the other way.

As it happens, the Hello Games founders had been fans of 65daysofstatic for a long time and were initially just hoping to use the band’s music for a No Man’s Sky trailer. “Back when they were just talking about licensing old music for a trailer, they didn’t boast about this procedural nature of the game or infinite universe or the number of planets,” says Wolinski. “They literally described the trailer to us, encouraging us to imagine it from a first person perspective: ‘Imagine you wake up, open your eyes and you’re in a cave, and you walk out of the cave and you’re on a planet and the sky is orange, there’s all of these alien dinosaurs and wildlife everywhere.’ It was a very personal, visceral experience that they were trying to create.” Their vision struck a chord with the band, and they offered to soundtrack the entire game. But how do you go about soundtracking a game that can go on forever?

A core concept of No Man’s Sky is that players will have an individual experience in a shared universe, shaped by where they choose to explore and the decisions they make. “How those choices filter down into governing the music’s states is the guts of the game,” Wolinksi explains. “Our responsibility was to create these audio states that make sense in their own right, and could work in conjunction with one another. Technically this is a soundtrack that can go on forever.” They took a three-pronged approach: creating actual songs, developing states of audio that interact with each other, and building loops, textures and melodies for the procedurally generated music machine.

“Nothing’s going to happen the same way, because we’re not soundtracking fixed pieces of action”

“Various more fully formed pieces of music are dotted around the game in key moments, but because there aren’t these big scripted events that will happen to everyone, it’s all been designed on a more abstract level than that,” explains Wolinski. “Everyone’s going to encounter a space station for the first time, but they’re not going to do that in exactly the same way over the exact same amount of time. So it was more about creating soundbeds and textures based on the songs that we had written, more about creating a library.”

The band worked on their “completely live, generative, dynamic score” with audio director Paul Weir, who specialises in generative sound. “Each of the soundscapes has sets of rules of logic and different pools of audio,” says Wolinski. “Some audio can cross from one soundscape to another, some are unique to one soundscape. Paul Weir is excellent. He’s been really supportive of us. He gave us some gentle nudges here and there, suggestions about methods we might use. I think he probably protected us from the realities of what must be an incredibly stressful development process. [Hello Games] have done incredibly well to maintain their creative vision, and have sheltered us to maintain our little creative vision [as a] subset of theirs.” With an entertainment behemoth like Sony handling the game’s distribution, protecting that vision is a precarious, crucial task.

The group weren’t fully aware of what they were getting themselves into. “At first we were expecting that we’d get some footage of the game,” says Wolinski. “But after the first couple of months of waiting and having to get on with it anyway, we eventually figured out that this was really good because of the nature of the game. Nothing’s going to happen the same way, because we’re not soundtracking fixed pieces of action. We could just use the aesthetic of the game. It is so striking, and you get that from screenshots – the vivid colours, the echoes of the sci-fi of ‘70s and ‘80s book covers, rather than the kind of grim, monochrome, post-apocalyptic sci-fi of this century.” 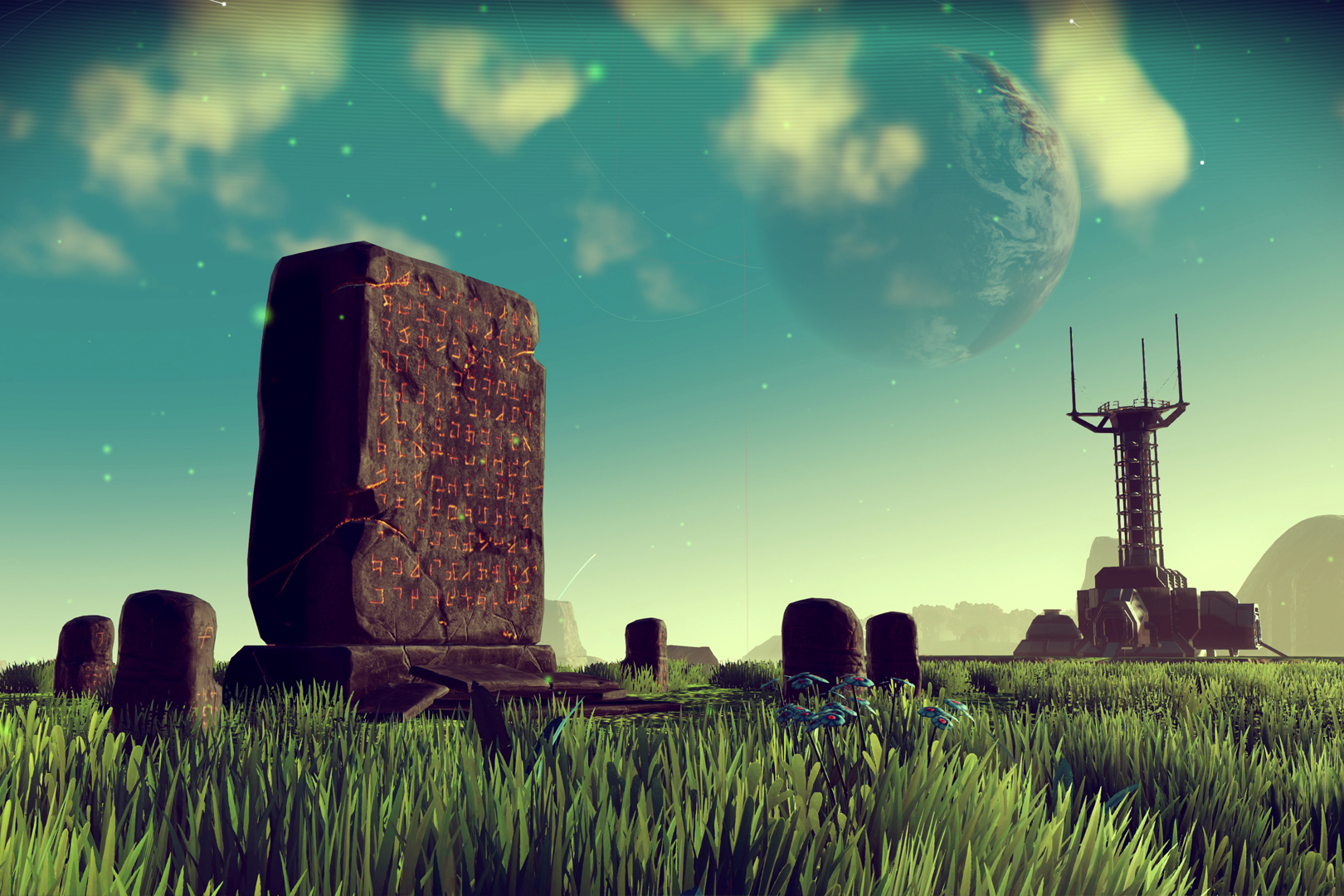 The band decided that, rather than trying to capture “the grand hugeness of everything” from a distance they would compose the soundtrack “from the inside looking out”, as a “small thing surrounded by a terrifying, mostly hostile universe.” Once complete, the songs were dismantled and reconstructed to produce the vast library of soundscapes which manifest in various ways for different players. With no way to accurately hear how they’d come across in the game, the band developed their own prototype system for procedural audio based on information from Weir.

“The other balancing act is there’s a difference between that authentically unique, personal soundtrack for every single person, and wanting to have some recognisable themes. But as soon as you do, it starts to get repetitive. So the more you pull out identifiable moments, the less infinitely interesting it can be. You want to find that sweet spot between repetitive and recognisable.”

The No Man’s Sky soundtrack release is essentially two records: Music for an Infinite Universe, which is more of an album in the traditional sense, and Soundscapes. 65daysofstatic were sure to consider the differing contexts. The first record “can exist in its own right, completely separate from the game,” says Wolinski, with the tracks’ themes and emotions made more overt as soaring melodies and driving percussion take the spotlight.

With Soundscapes, “there are no beginnings and endings in the same way,” says Wolinski. “They’re fragments, but they’ve got linearity within bits.” In the game, the soundscapes are driven by player activity. “If people literally just stood still on a planet it would sound cool, but I don’t think it would be as rewarding a listening experience as the soundscapes on the record,” he adds.

The group found themselves caught between the opportunities offered by a completely new music-making experience and pre-existing expectations of 65daysofstatic’s sound, and their own inclination to make music that’s noisier and experimental. “If we delivered the record that we probably would have written next, it wouldn’t have been what they were looking for,” Wolinski acknowledges. The Apple Music playlist 65daysofstatic have provided us is perhaps evidence of that, not so much channeling the soundtrack as summarising their current listening habits. They have always seen themselves as a largely electronic outfit, Wolinski emphasises, suggesting that their more experimental work will appear alongside No Man’s Sky mutations in forthcoming live shows. As for playing more No Man’s Sky shows, like their recent Sonar appearance, “it remains to be seen.”

As the first project of this scale that 65daysofstatic have worked on, Wolinski considers the band to have had an “incredibly lucky” experience. “If we do anything like this again – and we’d certainly like to – we’d need to be ready to have the brief be a little more restrictive than what we were given here,” he says. “There’s an awful lot of variety. But we’re looking forward to seeing that as much as anyone else.” It turns out that the group first got their hands on a build of the game just last month. “It was insanely exciting, as you can imagine. We were supposed to be paying attention to the music to check that everything was working the way that we would expect it to, but it was great. It seemed worth the wait to us. It’s just so pretty. But none of us actually have the means to play it when it does come out,” he admits. “Which is a bit of a lack of foresight on our part. I think we need to figure that out.”

Read next: It Follows composer Disasterpeace on his intimate soundtrack for Hyper Light Drifter