“The longer the note, the more dread.”

Those still in mourning over the end of Peep Show finally have something to look forward to: Super Hans actor Matt King has announced his first London DJ set as TV’s most lovable crackhead.

King revealed his ambition to take Super Hans onto the DJ circuit earlier this year, when he said he’d be bringing “choonz & jokes” to festivals, pubs and Ibiza this summer, hopefully with the appearance of a “247-second long D.”

With a set at Glastonbury under his belt and a slot at Leeds Festival later this month, Soundcrash has booked King’s first London headline set as Super Hans, taking place on September 14 at the Moth Club.

Super Hans said: “I’m well pleased to be coming to the Moth Club ‘cos it ties in with my whole theme of being reborn as a superstar DJ. Right now I’m inside my pupae or chrysalis thing but soon I’ll be emerging onto the dance stage like a beautiful moth or ugly butterfly whose wings are literally beating in time to my big fuckin’ beats”.

Tickets go on sale at the Soundcrash website at 12pm on August 18. 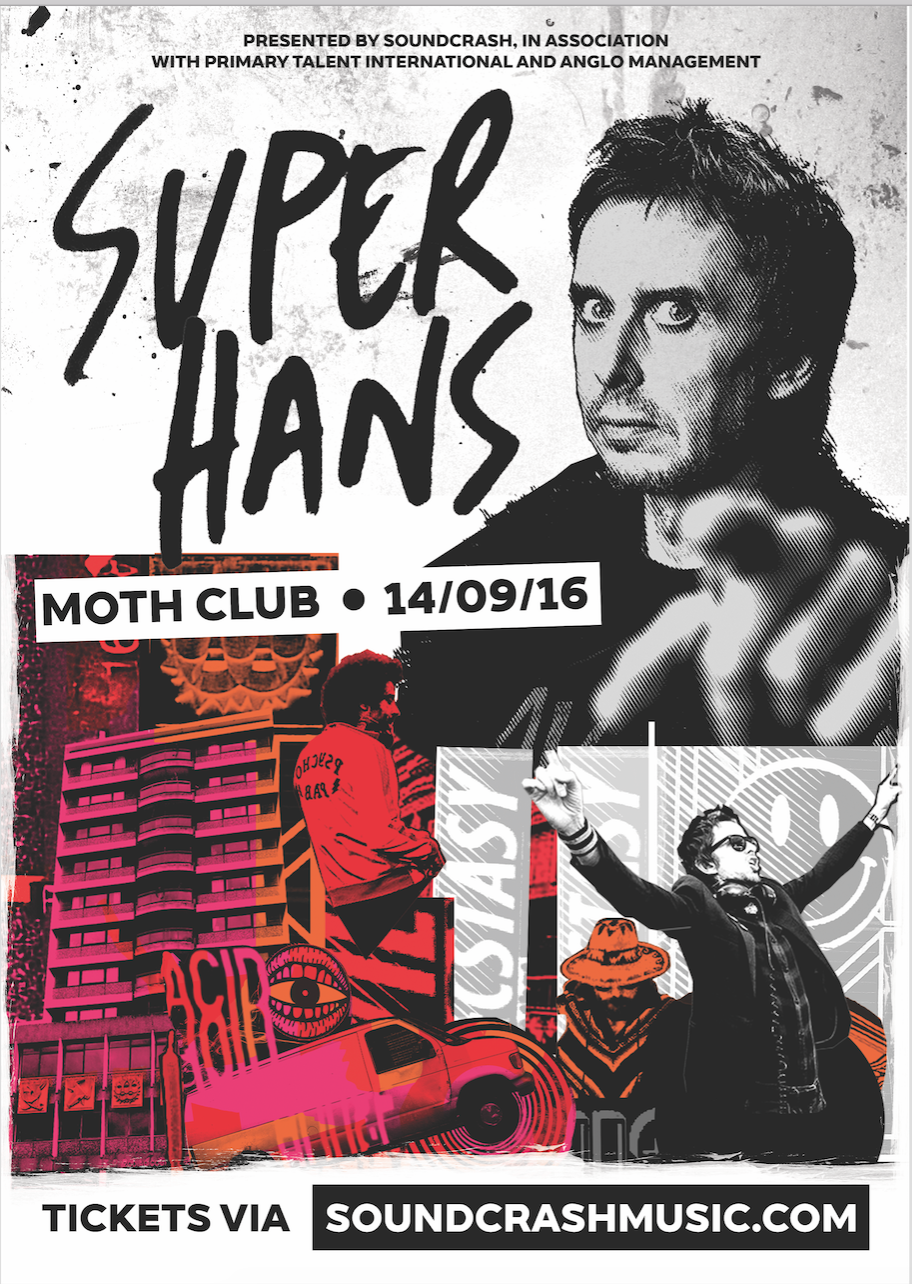