Our prayers have been answered.

Today, iam8bit, the company that brought us gorgeous vinyl versions of the soundtracks from Journey, Battletoads, Banjo-Kazooie and others, has teamed up with Enhance Games to announce that their next project is a brand new version of 2001’s beloved techno-led psychedelic shooter Rez.

It’s the company’s first step into game publishing, and on top of releasing the spiffy new Rez Infinite on PS4, they also have an incredibly lavish vinyl package planned, featuring a remaster of the original Rez soundtrack (which placed at a respectable number 28 on FACT’s list of the 100 greatest video game soundtracks) and a suite of new compositions. 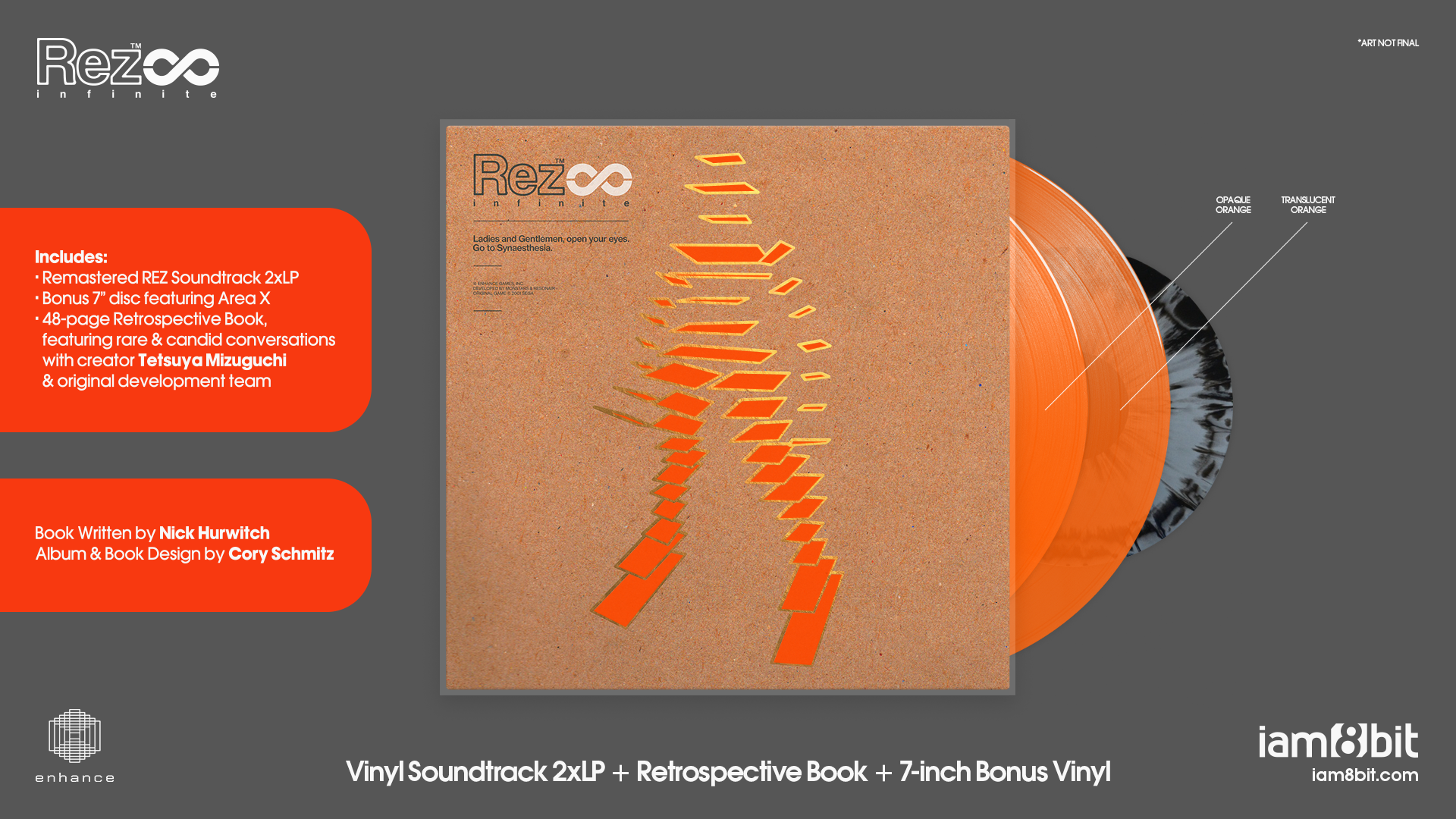 The Rez Infinite collector’s edition vinyl is a 2LP set and bonus 7″ (featuring tracks from the new ‘Area X’ level), and comes with a lovingly-prepared art book, featuring 48 (!) pages of the game’s glorious art and a retrospective from the game’s creator Tetsuya Mizuguchi and key members of the dev team. It’s not just any old art book you see – it’s a comprehensive history of the game, and is sewn into the record sleeve. Seriously.

If you’re feeling particularly flush, there’s an even more deluxe version available which is the same basic package but with picture discs instead of regular old vinyl.

The original game was released back in 2001 on Sega’s sorely-missed Dreamcast and remains a favorite amongst video game fans. Its blistering techno soundtrack – from composers Keiichi Sugiyama, Tomonori Sawada, Koji Sakurai and Masafumi Ogata – is one of the game’s main selling points, guiding the player through the psychedelic visuals with a barrage of 909 kicks, robotic voices and sizzling synths.

The main edition is set to drop in October and the picture disc will arrive in December. All editions can now be pre-ordered over at iam8bit’s website.